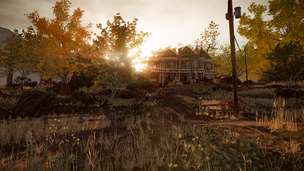 Class3 is sometimes compared to the popular ARMA II mod DayZ in what it is trying to do with the zombie survival game. And while the two games might be similar in that zombies are alive and theyre trying to eat you, they differ in their goals. In a recent two-part Q&A with OnlySP, Community Director Sanya Weathers fielded questions on the team's development inspirations for Class3, death and survival in a world filled with flesh munching zombies.

Were making a game about survival, so death is death. The character youre playing will just be dead. You can then switch to the viewpoint of one of the other survivors youve rescued, and keep playing (without losing your achievements, your base, or your stockpiles), but the character that died isnt coming back. Whatever unique traits he had and whatever he had on his person hope you can make it or fake it without him.

Read both parts of the Q&A over at OnlySP.