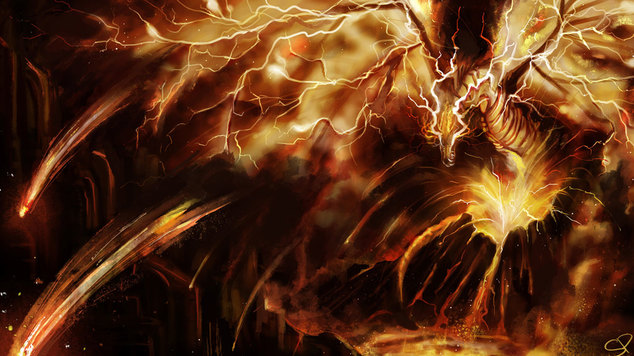 Following up the previous article I wrote from the 2015 Dragon Con Camelot Unchained panel, another major theme of the discussion was class pride, or pride in being a specific class. This is a very, very interesting topic that I think should be touched on from the panel. We’ll first talk about what was discussed at the panel, and then follow it up with some of my own thoughts.

Originally, in the very first pitch for Camelot Unchained, classes were going to work what I call “Ultima style” where you basically assign skills to your character much like choosing your toppings on your sub sandwich or burrito at most modern American fast food chains. You go yeah I’d like some swords, magic, go heavy on the plate, but just a little bit of defense. However, the issue they found was that it didn’t really make you feel like you were part of a class, or role, or even the realm. There was no ownership – which I think is hella interesting, because think of it like this – if you customize a sandwich, that’s your sandwich. They should slap your name on front of it. Why yes, it’s a turkey, with extra bacon, avocado spread, light mayo, lettuce, and tomato, truly Bob’s Sandwich. Customizing a class, in a specific way, creates a situation in which this is uniquely your character, but likewise, it creates a sense of loneliness. This sandwich is only yours, but few may share love in bacon and avocado spread.

These analogies, however dumb they are, are uniquely mine. Please don’t hate them for my inadequacies, and thank goodness I didn’t delve into Big Macs vs. Whoopers.

Moving along, they decided to return to a class type system, where each class will have a role and this plays well with the RvR formula, in which you will feel like if you’re a warrior, you’re a warrior, that’s who you are, and you’re part of the realm. You have a purpose, a job, and you will fulfill it. This creates a sense of loyalty to the class, and the realm, because only warriors are part of one of the realms and that is where you belong.

Basically, they removed the classless system because the pride between creating your completely custom class and playing a custom class belonging to a specific role to a specific faction are two entirely different points, with the later fitting much better in an RvR scenario.

So, here’s some of my thoughts on it, not that I haven’t vomited enough of them on you by this point, nursing my wounds from Dragon Con still listening to terrible trap music for literally no reason. This is not only true, but critical to establish the idea of realm pride. The more nuanced your belonging becomes, the better your attachment to your realm becomes, until you hit peak sub-factions, at which point it doesn’t matter.

Like, in FFXIV, there are a variety of options that declare your character part of this moon thing and that sun thing, and you’re part of this city state and born under fourteenth constellation of the 94 th crescent moon.  None of these options matter, though, outside of which city state you belong to, and even then by halfway through the story this diverges so far that it’s sort of pointless, and considering you can change jobs on the fly, you really don’t belong to anyone but yourself and the Scions of Fate.

This works very well for FFXIV, as a story based game, because your character works for many different factions and many different groups. In a pure PvP game like Camelot Unchained, where everything is determined through PvP (as a side note, there is PvE and crafting, and all that cool jam), you need some agency to get off your butt and do something, and you need a reason – spamming you with various allegiances isn’t going to really do it, but giving you a few critical things to take pride in will.

This can be in the form of rewards, which is the primary motivator. However, in Guild Wars 2, when it’s the only motivator, this makes players look for efficient ways to claim rewards. This creates the zerg, that circles around the map recapturing keeps as the other realms take them back, having very little in the way of actual PvP, and in most cases just being a farming circle route.

What you also need is pride, and you need a sense of belonging. You need to feel as if the enemy comes in and takes part of your land, then you need to take it back, for your realm. You need to showcase your skills as a warrior, for the realm, to show the opposing asymmetrical class equivalent that you’re better than them. You need that pride to fuel your desire to break off into smaller teams and ambush reinforcements. You need that pride to make you feel disgusted as you roll a spy character to snoop on the opposing team, Terms of Service, etiquette, and everything else be damned.

To this you need some nuance, beyond just the fact you’re in a realm. You need the right amount as well. Think about vanilla WoW and playing either a Paladin or Shaman. You belonged solely to the Alliance / Horde, and there was a lot of sense of all for the realm. As I mentioned earlier, you can’t just spam the player with it, it needs to be something that brews and builds within them. For the realm, it’s the setting, the terrain, the player attitudes of likeminded players who enjoy the specific lore and theme. Beyond that, there are people and guilds, the last bit of nuance the pride requires.

I think pride is an interesting word used here – it’s apropos, but also can be a negative condemnation, considering pride can be a bad thing – especially too much, but I don’t think it applies when you consider that you’re proud to be friends with those you enjoy playing with.

The next and final part of our exploration of the panel is comments on a specific question in regards to Camelot Unchained vs. Guild Wars 2, stay tuned for the third part of our coverage of the panel.