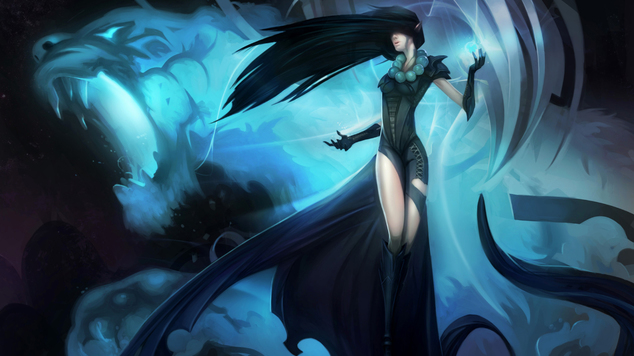 Anyone who has any interest in MMO's will have heard of Crowfall. In fact, I suspect that many - like myself - who are highly anticipating its launch. With over 45,000 backers, and total funding of over $20 million, even in its Early Access form, there's a huge buzz surrounding the game. Already in a polished state, with a great deal of systems in place, I wanted to catch-up with the development team to see how it's progressing. Here's how Creative Director, J. Todd Coleman and I got on.

Ten Ton Hammer: What better way to start than asking how the studio is, and how Crowfall is doing?

J. Todd: Very well on both counts! We’re up to … 45 people now, I think? It’s an exciting time because we are far enough along in development that we’re finally seeing many of the systems come online. The art style has really settled and the game is starting to look more and more like an actual MMO.

Ten Ton Hammer: Checking earlier today, I couldn’t believe that the original Crowfall Kickstarter closed on March 26, 2015. Do you think the gaming landscape - specifically the MMO one - has changed much in that time?

J. Todd: The games industry certainly has… it seems like every facet of our industry changes on about a 24 month cadence: how you design, how you develop, how you test, how you attract players, how you monetize. And those elements aren’t synchronized, they are each marching on a separate 24 month rhythm! Which means that something is always in flux. You’d think we would be used to it by now, after so many years creating MMOs, but it seems like the rate of change is increasing. 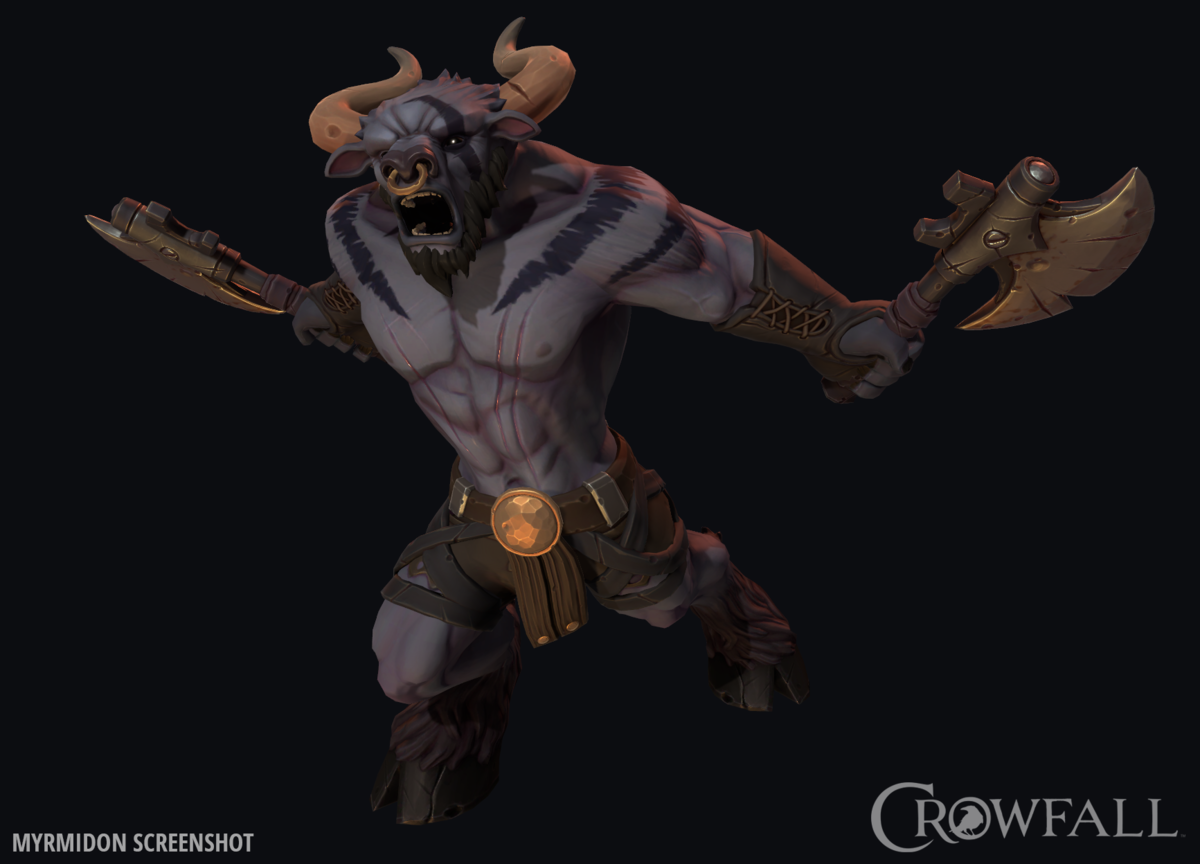 J. Todd: The core vision is largely the same, but we did expand it in one specific area: characters were originally “archetypes” (locked into a specific race and class, like MOBA characters) and we made the decision to break that up. Players now have the options to choose Race and Class separately.

This was a big jump, especially since our Race list includes everything from High Elves to Minotaurs (not to mention Centaurs and Guineceans), but it was the kind of change that we couldn’t “patch in as an update”. So we made the call, and I think the game is much better for it.

Ten Ton Hammer: The rise in popularity of Battle Royale has surprised many. While Crowfall is an MMO through and through, it does things very differently to its peers and - perhaps this is just me - feels like a much deeper version of what Battle Royale could ever be (you even tested a BR mode in early Alpha). Are the parallels apparent to the studio?

J. Todd: Yeah, it’s funny, because you’re exactly right! Our earliest round of testing was called “Hunger Dome” and it was basically a team-based Battle Royale match: elimination rounds with random spawn, death fog, random item drops, etc. We stopped that kind of testing after the first year… some of the lessons were helpful, especially the combat related testing, but the eventual game will be so much larger in scope (with procedurally generated worlds, dynamic terrain and castle building) that we eventually stopped maintaining it as a ruleset.

Ten Ton Hammer: You recently detailed update 5.6 which brings with it the Fae, double jump, gliding, male Elves and much more. Was this an important milestone for the studio, or is every update just as important?

J. Todd: They’re all pretty impactful, actually. We’ve been working hard on filling out our checklist of Races and Classes (plus over 100 Disciplines, which act like sub-classes), as well as filling in all of the game systems. We have a full array of powers and power mechanics (mana, stamina, rage, energy, pips, you name it), crafting (with about a thousand unique recipes, I think?), harvesting and group harvesting, territory capture and castle destruction… the game isn’t done, obviously, but there is a LOT of game there. 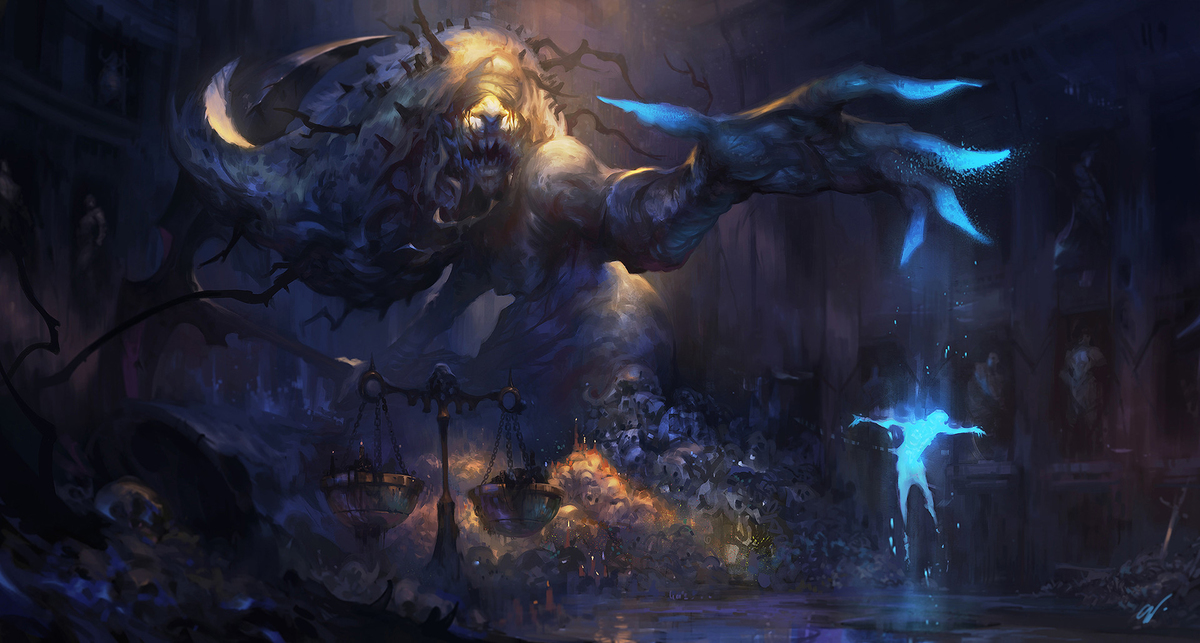 Ten Ton Hammer: On the subject of updates, you also revealed great detail about the day and night cycles in a separate blog post. It looks a great deal of work to achieve something so bold, especially when it comes to ensuring every creature has two forms. Is there a risk, as a feature, it could become too time consuming to manage as the game grows?

J. Todd: Absolutely, we constantly have to balance the cost of complexity. We aren’t just adding Day/Night cycle, we also have discrete Seasons (Spring, Summer, Fall, Winter) and we can trigger dynamic events, like thunderstorms, in each of those seasons.

A lot of games try to claim that their worlds are “dynamic”, but really, most of them aren’t. When we say the world is dynamic, we mean it. We already allow players to pick up and move mountain ranges around in the world, moving the buildings and decorations on those terrain objects with them. We don't even force the players on that world to relog to see the changes, they happen in real time!

What we are attempting really hasn’t been done before. I think when people finally see the scope of what we’ve accomplished, they’re going to be pretty surprised.

Ten Ton Hammer: I’m surprised at how open the development of Crowfall is, especially with the monthly Q&A’s, combined with a very active forum and the fly-on-the-wall series. Is there ever a nervousness about revealing something, only for it to not be possible later down the line (in one form or another)?

J. Todd: It was scary at first, but we decided to embrace it as part of our team DNA. There are definitely some negatives (you have to get comfortable with people judging you based on work efforts that are incomplete), but it’s also really positive in some ways – for example, you always know where you stand with the players, and you can’t fool yourself into believing that something works when it doesn’t. 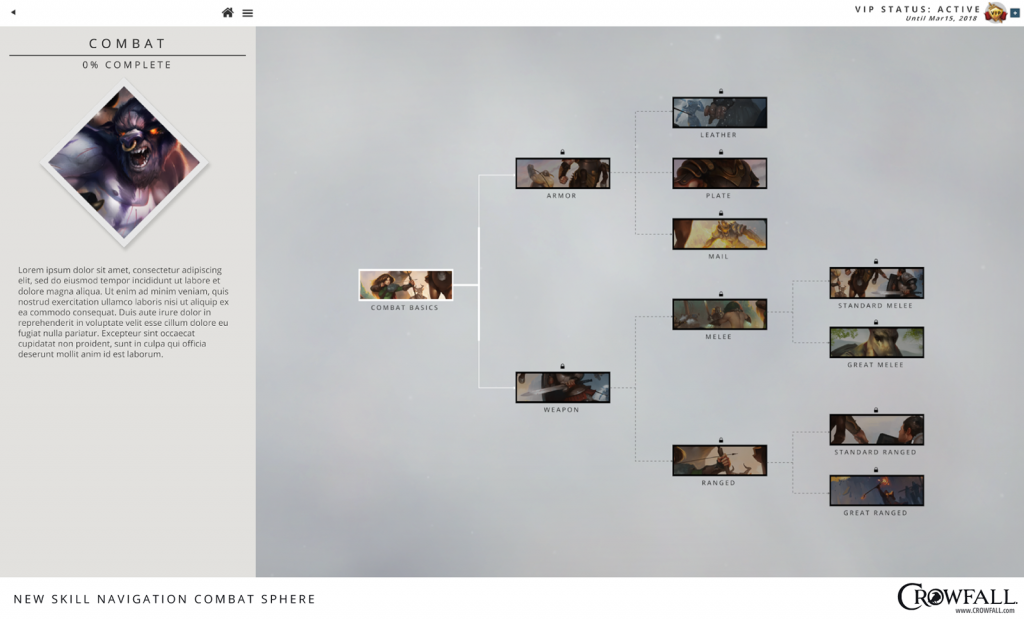 Ten Ton Hammer: On the surface Crowfall has a great deal of systems that are seemingly complex. Besides providing players with a raft of tutorials, how are you attempting to make the game as accessible as possible?

J. Todd: You’ve hit on our biggest challenge – we have built these incredibly intricate systems, and it’s hard for a new player to know where to even start. That issue is punctuated by the fact that we don’t have a “new user experience”, or even a “tutorial tips” system to orient new players. This is something that will come online as we get closer to launch.

Ten Ton Hammer: Is there the potential for such system depth to alienate players who’re new and experienced to the genre? I only look at the likes of EVE Online and its skill system - in principal not too dissimilar to Crowfall’s - and its put many of my close friends off. They’ve found the whole process too “spreadsheet like” when it came to min/maxing their character. Could the same be said for Crowfall?

J. Todd: Oh, absolutely. This is why we’ve spent so many iteration cycles on the Skills system; we keep casting it and re-casting it, to drill it down to the essence of “what makes this engaging.”

With the newest release, 5.6, it will be closer that it’s ever been – but we’re already talking about the next iteration. We’ll know it’s ready when we can feel it, and when our backers agree.

Optimization is a big deal for many players when it comes to MMO’s, with many that have attempted large-scale combat descending into slide shows (notably Guild Wars 2, Warhammer Online and even WildStar). While you’ll obviously do everything in your power to ensure the game runs smoothly, are bad framerates almost an inevitably when it comes to enormous battles?

We have a ton of work to do in this area – we’ve tested battles of around 100 players back in our “Siege Perilous” testing phase, but we know that it’s an area we need to focus on and improve. Ultimately, there is only so much you can do, so we’ll have to start scaling back the level of detail for the distant players, both in terms of model detail and in animation.

Ten Ton Hammer: On the subject of large scale battles, are you willing to share any details on how you’ll approach it? Zergs are always a concern, small skirmishes often favored, and faction popularity a constant tug of war (certainly in the games I’ve played). Is there a solution to ensuring everyone’s happy?

J. Todd: We’re trying to focus on the moment-to-moment player engagement at every level. This means designing activities where a player (or a group of players) can make meaningful progress to affect the strategy of the game whether they are playing solo or as a massive army.

Generally, the solo or small-group players will concentrate on smaller tactical achievements: claiming outposts, raiding enemy territory, protecting a group that is harvesting or escorting a caravan of building materials.

And at the other end of the spectrum, we have keeps that require larger player groups (in our siege testing it was around 100) using siege weapons to topple castle walls and claim or destroy an enemy stronghold. These are more structured events; there is a resource cost for the attacker, and a negotiated “siege window” during which the battle will take place.

Obviously no solution is perfect, and you can never “ensure that everyone is happy” in any MMO (ever), but we are trying to scale the activities so that we provide an opportunity for everyone to participate to the degree that they choose. 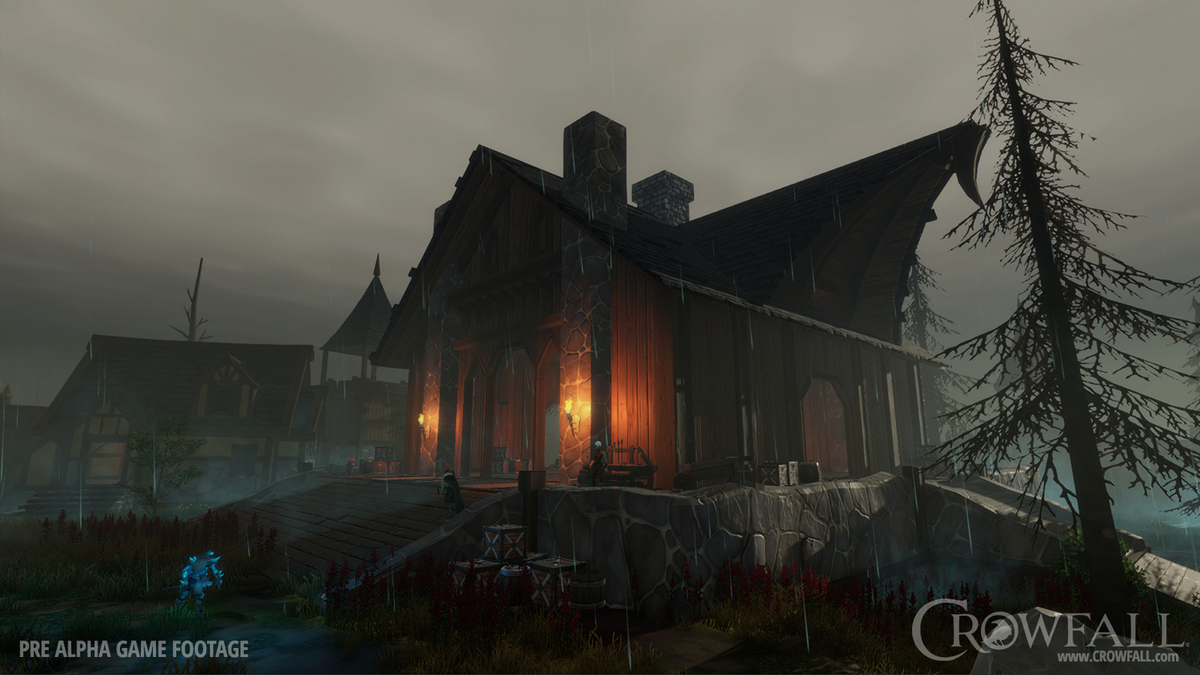 Ten Ton Hammer: Finally, for anyone perhaps casting an eye over Crowfall - who already has an interest in MMO’s - why do you think it deserves their attention amongst an already crowded space?

J. Todd: Well, I would say that MMO space is only really crowded with “me too” WOW clones and Asian import titles… there is a lot of room for innovation around the edges, especially if you aren’t trying to make a game that pleases everyone. Crowfall is just a different experience, really. We offer an MMO where…

…and by “dynamic”, I mean it! These aren’t pre-made city zones that players “claim”. You cut down trees, quarry stone and mine ore to build walls and erect towers. The economy is player-driven. The politics are player-driven. The history of our game will be written by the players.

In this, we are pretty unique. A handful of games claim to be dynamic, but we’ll see how many of those visions are realized – and how much the players can actually change the world around them.

Crowfall is certainly massive, and of course it’s an RPG, but it’s not a typical MMORPG. We are allowing players a degree of freedom that really hasn’t been seen since the days of… well, Shadowbane, frankly (my first MMO title).

It won’t be for everyone, of course, but for the players who are looking for something new, something different, I think it’s going to be a vastly different experience. And I’m delighted to have the opportunity to build it for them.

Ten Ton Hammer would like to thank ArtCraft Entertainment and J. Todd Coleman for putting time out of their very busy schedule to participate in this interview. You can join Crowfall's Early Access here.