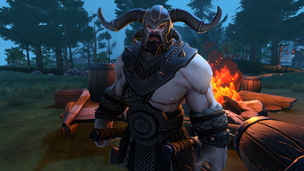 Crowfall: War Stories - Blazzen
We sat down with Crowfall player, Blazzen, to talk about his chosen War Story.
Feature
Crowfall 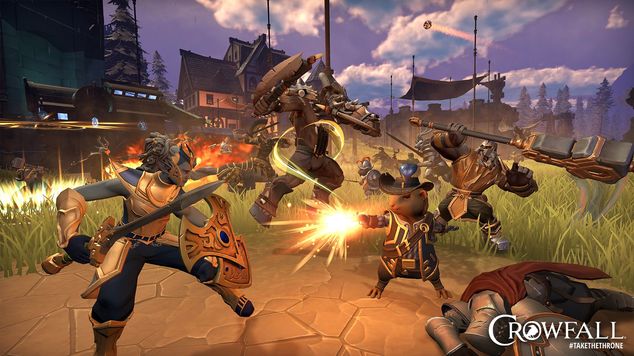 In a recent blog post, Creative Director of Crowfall, J. Todd Coleman, talks about the latest update: Convergence. It's fairly significant for the studio, as it transitions previous skill systems into something much more active. Not only that, but the new system allows for greater customization, engagement, and active talent advancement.

Crowfall breaks from other MMO titles in both key ways: first, the advancement curve is incredibly fast, with new players able to achieve max level in a matter of hours, and second, the RPG system is incredibly deep, allowing for thousands of unique combinations of race, class, promotion class, and disciplines (or subclasses). In most games, the player is on rails, the journey is preset and they are not impacting where their story goes or actively choosing the stops along the way. Crowfall takes a different approach by giving players full control over how their story unfolds.

I managed to sneak some time with J. Todd to talk about the latest update, and what the future holds for Crowfall as it marches to its launch.

Ten Ton Hammer: The big one - how’s Crowfall doing, and how close are you to launching?

J. Todd Coleman: We’re doing well. Our beta launch in August was very well received, attracting the highest number of new backers we’ve seen since Kickstarter. That said, we’re all eager to get through these final issues and launch the game early next year.

What are the main hurdles at the moment for the studio? What are you really trying to pin down?

The biggest issue has been client performance, especially in large player engagements (like a castle siege). We’re really pushing the boundaries of what the Unity engine was designed to do. We had a team from Unity working with us for the past month on performance and while we’ve made progress we’ve still got a list of things we need to address.

We’re also spending time finishing up all of the backer rewards that we promised for Kickstarter. If you go back through every backer bundle and stretch goal, I’m glad to say that we’ve checked off most of the boxes -- and the few that remain should be wrapped up in the next few months.

Ten Ton Hammer: Crowfall’s been in development for a long time and like any game, people perhaps fail to realize the complexity and time involvement of modern development. Are you where you want to be, or do you think you’re behind your own curve?

J. Todd Coleman: I definitely wish the development cycle had been shorter… but in truth, it’s complicated. We made decisions along the way to make the game better, knowing they would require more time -- for example, when we pitched the project we assumed that the game would use “archetypes” like a MOBA (your character has this exact race, class, gender and set of powers, and you get what you get). Obviously that is very different from a traditional MMO where you can select your race and class and then have bunches of customization options. The problem is, once we started playing the game, we found that design to be extremely limiting, basically it made my character feel like a pregen and not like my character. The decision to move from archetypes to a race/class chart was expensive (in art alone, we jumped from 11 unique characters to dozens, multiplied times every piece of equipment in the game). If we had stuck with the original plan, we could have gotten the game out sooner…but the experience would have suffered for it. If I had it to do over again, would I still make that call? Yep. 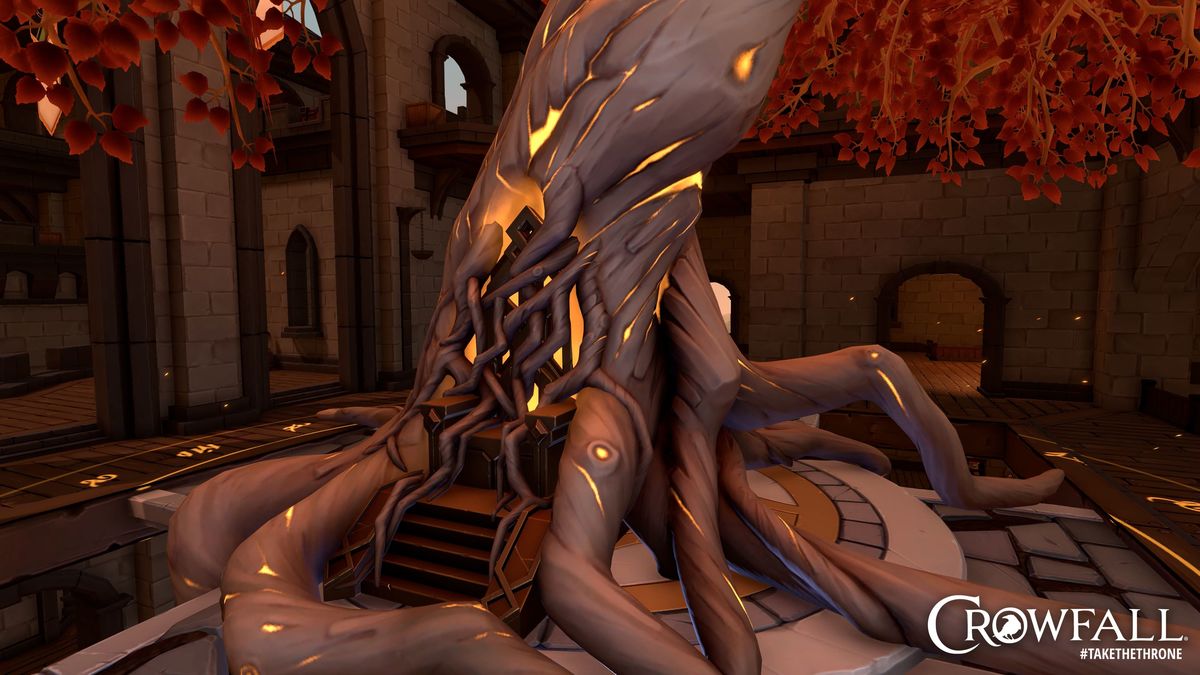 Ten Ton Hammer: As a genre, MMO’s are fairly quiet at the moment. Has that adapted your overall delivery strategy? Have the goals moved in recent months?

J. Todd Coleman: The number of games that use the title “MMO” has certainly grown smaller. The number of games that include MMO features (persistence, large scale multiplayer, guild support, cross-game chat) has grown. Frankly, it’s a great time for those who believe in socially-connected online worlds. Our games are really about community -- the value of social connection, advocacy and sharing. As these values have been amplified in the past few years with the rise of social media. Our goals haven’t really changed along the way, I don’t think. We’re both blessed and excited to have gone the distance and to have the opportunity to bring Crowfall to market.

Ten Ton Hammer: For anyone who’s looking in on Crowfall for the first time, who might play - say - World of Warcraft, how would you sell it and bring them over? Is that a challenge to wrestle people away from their main games?

J. Todd Coleman: It’s a different kind of pitch, really. Crowfall is a connected universe, more like Eve Online than World of Warcraft. Characters aren’t limited to a single server, and the game experience changes radically depending on a world-by-world basis. We have worlds that are centered on territory conquest and open-world PvP, and we have player-owned worlds focused on city building and the buying and selling of virtual goods.

One thing we’ve consistently seen in our market is that MMO players will try new game releases, and sometimes it really pays off to make something different. Crowfall may not be for everyone, but one of the things that I am really proud of is that it’s an absolutely unique experience. There really is no other game like it.

Ten Ton Hammer: I know over the last few months you have added a lot of new features and expanded some existing systems specifically character specialization and the entire Character Discipline system. Can you tell me what prompted that overhaul? What were the changes you made? How do you feel they have been received?

J. Todd Coleman: Overall, I think the changes have been very well-received. It’s interesting, because you always have changes at the end of a project, but I think a crowdfunded project it’s probably more dramatic. It’s certainly more public-facing.

When you are developing a game with your community, the development process ends up a lot more evolutionary. Normally, as I mentioned earlier, you are developing the game in secret for years before any players know about your title. With a crowdfunded game, that’s flipped -- they not only know about it, you have people testing the game all along the way. As a result, that means you are building the game piece by piece, but you’re also trying to make it playable even when major systems aren’t in place. And so you end up building a lot of temporary parts to try and keep the engine turning, with the expectation that you’ll have to pull them later.

Now that we are at the end of the process, we’re able to look at the entire game in a way that wasn’t possible before…almost all of the systems are in place, the scaffolding has been removed, and we can finally see what works and what doesn’t. Now we are going through the painful-yet-exhilarating process of fixing (or in the most dramatic cases even pulling) things that didn’t work out as we hoped or expected.

Ten Ton Hammer: Lastly, for those who’ve followed this journey all these years, what does 2021 hold for Crowfall fans?

J. Todd Coleman: It’s an exciting time for Crowfall. In some ways, this game was a grand experiment: the design was crazy, the way we funded the project was crazy, the process of making it (live, in front of a studio audience!) was crazy. I’m excited to see it launch, and I’m hopeful -- as with every MMO that I’ve worked on -- that it will find a core, dedicated audience. If it does, that will give us the opportunity to continue to explore this set of unique ideas for years to come.

We’ve already got big plans for what we want to add to the game post-launch. As usual, launch is only the beginning, and our players will tell us where they want the game to go from here.