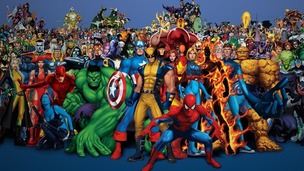 Gazillion Entertainment announced its Founders Program for Marvel Heroes earlier this month with several options for players to choose from, including the $200 Ultimate Pack, which includes all the heroes and costumes of the action RPG. But the high price point caused some people to take pause. After all, $200 up front for a free-to-play title seems a bit steep, but Gazillion boss David Brevik doesnt believe so, and explained why in a recent interview with Eurogamer.

Brevik pointed to games like League of Legends and World of Warcraft, both of which he claims to have spent quite a bit of money on himself, and how much players have spent on the two games over time. While he has a point about how much is spent, its mostly done over time and in smaller amounts. But there are a number of pre-orders for online games that often come with Collectors Edition versions often in excess of $150 such as the recently announced Defiance Ultimate Edition; however, those usually include some collectables, game soundtracks, and other little items. In the case of Marvel Heroes, it's all in-game items that are estimated to be valued at $750 for what Brevik calls an upfront discount.

Brevik went on to explain how much content comes with the Ultimate Pack, and pointed out that the pack is only one of the options that players can choose from. Brevik also explained that players can unlock most of the content simply by playing the game. That or you can buy them individually in the games store.

"In a lot of ways we're giving away almost everything," he said. "I would like to say everything, but it is technically not correct. But 99 per cent of everything is attainable in the game."

Brevik also took some time to address some of the criticism directed at the game about its graphics, UI, and urged players to wait until Marvel Heroes is out of beta before casting judgment.

"But again, I encourage people who are in the beta to come back and take a look after each patch and you'll see the progress and understand the picture better. By the time we launch then you can judge it for what it's worth."