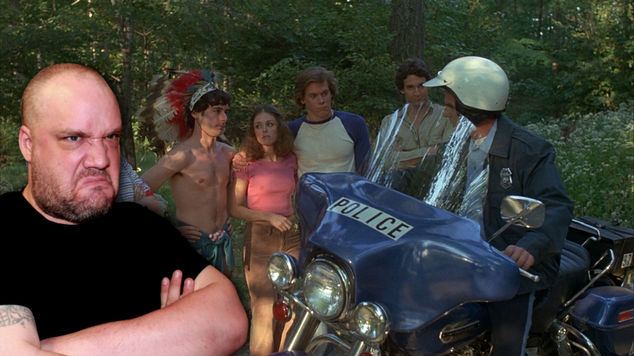 Grumpy Gamer: Friday the 13th
<p>This year, the day before Valentine&#39;s Day carries a special meaning for the Grumpy Gamer.</p>

Generally, I hate holiday-themed MMO content. That's a matter of public record by now - I've expressed my loathing of both Hallowe'en and Christmas events in the games I love, much to the shock of nobody. My objection to these events is often that they offer seasonal rewards that suck for the rest of the year - who wants a red sleigh in July, or pumpkins and bats around Easter? Insane dumb people, that's who.

But there's another celebrated day that comes around more than once per year, regardless of the season. We get three of them this year: today, another in March and the third one in November. It's a day of wonder and thrills, where anything could happen! They've made an entire series of movies about it, even a crossover film that wasn't as terrible as people think, and even a short-lived TV show in the 1980's. 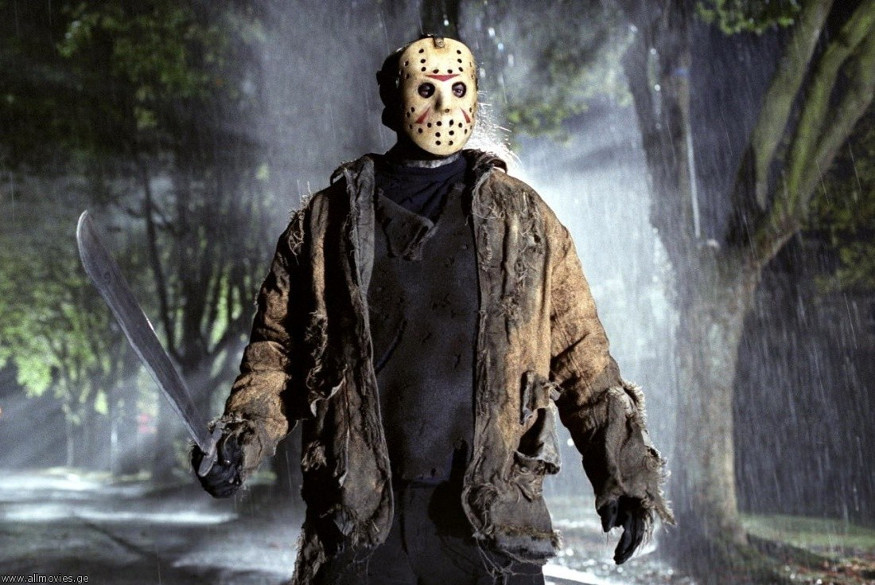 Yes, my friends, it's that magical time of the year again: Friday the 13th! Yeah, I know tomorrow is Valentine's Day and that's all anyone cares about, but screw those happy people in love. Friday the 13th is the holiday that should be, and all MMOs should celebrate it.

Now, obviously we can't just throw a bunch of Jason Voorhees stuff into our MMOs at random. That's silly - Jason is an intellectual property that has been bouncing back and forth between Time Warner and Viacom (through their subsidiaries, respectively Warner Brothers and Paramount) and it would be a nightmare figuring out who would be entitled to sue if some renegade publisher stuck a hockey-mask-wearing machete slasher in their game. And anyway, it doesn't really matter - the point is, you can't just have a deformed zombie wearing a hockey mask show up in, say, the Lord of the Rings Online, for example, because the Tolkien estate would sue everybody connected to the project and Turbine would lose their license.

Also, our man Jason has a bit of a rough track record with video games. 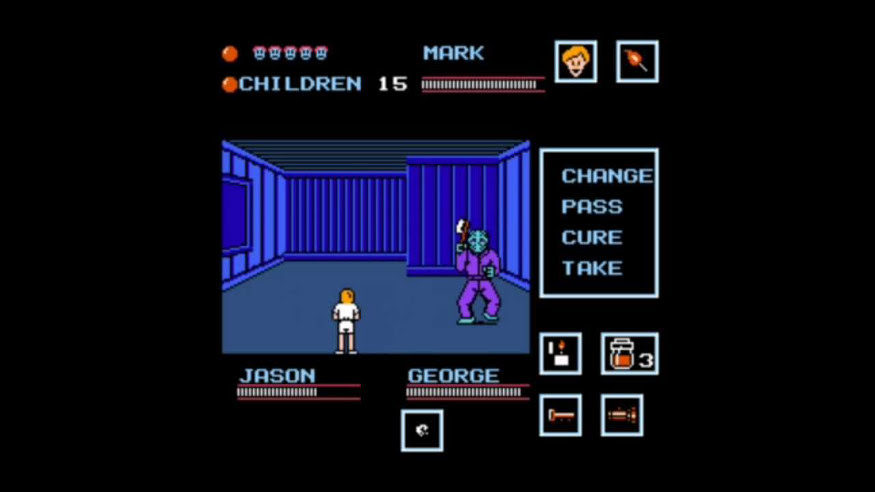 But the date isn't just about zombie Jason and his crazy dead mom. It's about luck, which really means it's about gullibility and confirmation bias.

Back when the Enedwaith update hit LotRO, they introduced a pocket item called Erebrandir's Horseshoe. The Turbine devs teased the hell out of the community, hinting that it may or may not have some kind of awesome powers, so people set about trying to figure out what, if anything, the horseshoe actually did. It was suggested that having the horseshoe equipped would: 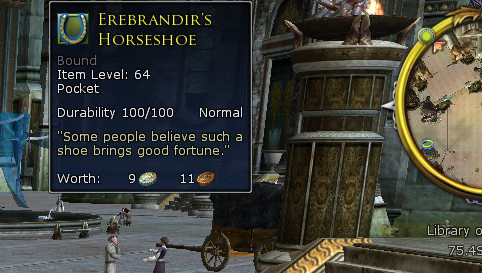 For example, one fellow did a test to see if the horseshoe affected how many legacies a Legendary Item would ID with. That was a thing at the time, they would come with 2 - 4 legacies, with 3 being the most common, 4 being the most desirable and 2 being essentially trash you break down for upgrade components. He ID'ed many, many more LIs with the horseshoe equipped than without, and as a result he got more LIs with 3-4 legacies. His conclusion was that equipping the horseshoe made it more likely that an LI would ID with 4 legacies. The next guy did a much more scientific test - he did the same number with the item equipped as without. His conclusion was that the first guy was an idiot and shouldn't pretend to respect the scientific method, as his obviously superior research proved only that the horseshoe made it more likely that LI's would ID with 3 legacies, not 4 - based on a test group of 40 items evenly divided between the two conditions.

They were both wrong. The horseshoe has no effect on random number generators. RNGs follow two laws: the Law of Large Numbers and the Law of Truly Large Numbers, which sound similar but describe different things.

But for the people suffering from friggatriskaidekaphobia (or, if you prefer, paraskevidekatriaphobia), Erebrandir's Horseshoe might be a fine talisman helping them handle their superstitious dread of Friday the 13th. And that's the kind of thing I wouldn't find so morally objectionable if it were added as a kind of "seasonal" reward item. Like, say, if it were a bunch of red hearts and cupids. Friday the 13th holiday hearts should look like this:

We're lucky this year in that we get three Friday the 13ths - next year, we only get one - so now is the time to start planning for March and November. How about some holiday events:

Hey, I'm just spitballing. Just don't give me some cosmetic crap like a blood-stained machete or an axe-gouged hockey mask, because that kind of seasonal garbage goes against the spirit of the holiday... or the holiday that should be.

Here's hoping you have all had a merry Friday the 13th, and if you didn't, you only have to wait one month for the next one. HUZZAH!