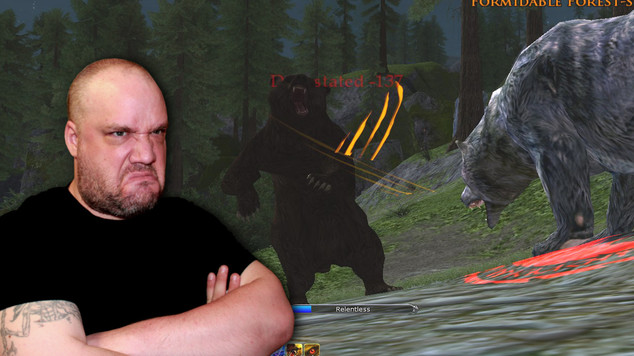 Grumpy Gamer: Sometimes You Eat The Bear...
<p>Rolling a baby Beorning through Middle-earth is largely a solo affair.</p>

I like writing guides. I don't do it much these days, because I'm playing older games that already have oodles of guides written for them. When I get the chance to dive into new games these days, I don't end up playing them long enough to get that in-depth understanding, either because the games suck and I stop playing them, or because they're great fun but guides would be redundant.

Right now, I'm back to playing the Lord of the Rings Online. I've been away from LotRO for a while, which makes me sad, but there's a new race/class that got me all excited and eager to play again - the Beorning - which makes me happy. So I've been playing the hell out of the Beorning, and have been intending to put together a guide, but, well.... I've discovered a snag. 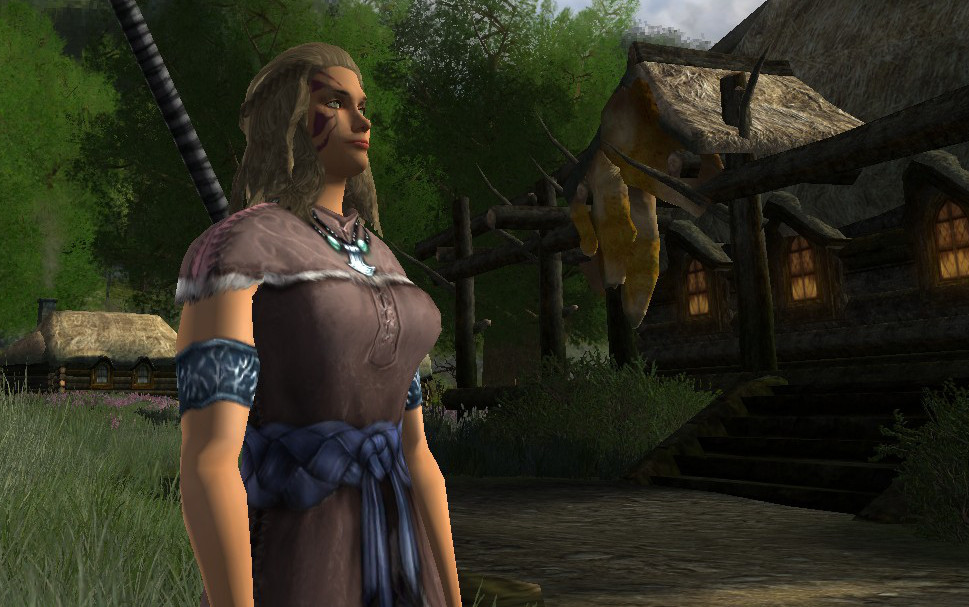 LotRO has been around for 7 years, and nearly everyone playing it is playing at or near level cap. There are likely plenty of people who have already speed-leveled their brand new Beornings to level 100, using store-bought XP boosters and accelerators, but I am not one of those people. Gunkybear the Beorning is currently level 32, with 68 very long levels to go. The snag I've hit, which directly impacts my ability to write a concise and helpful guide, is that because the population is top-heavy, apparently no one runs level 30-ish group content these days.

I see loads of players my level running around questing, killing the same mobs as me, beating me to resource nodes, turning in the same batch of quests, etc. But today I was in the group finder queue for about 4 or 5 hours waiting for something to pop up, and nothing did. And it's not just that no one uses the group finder. I also went fishing for groups in the World channel and got no bites. 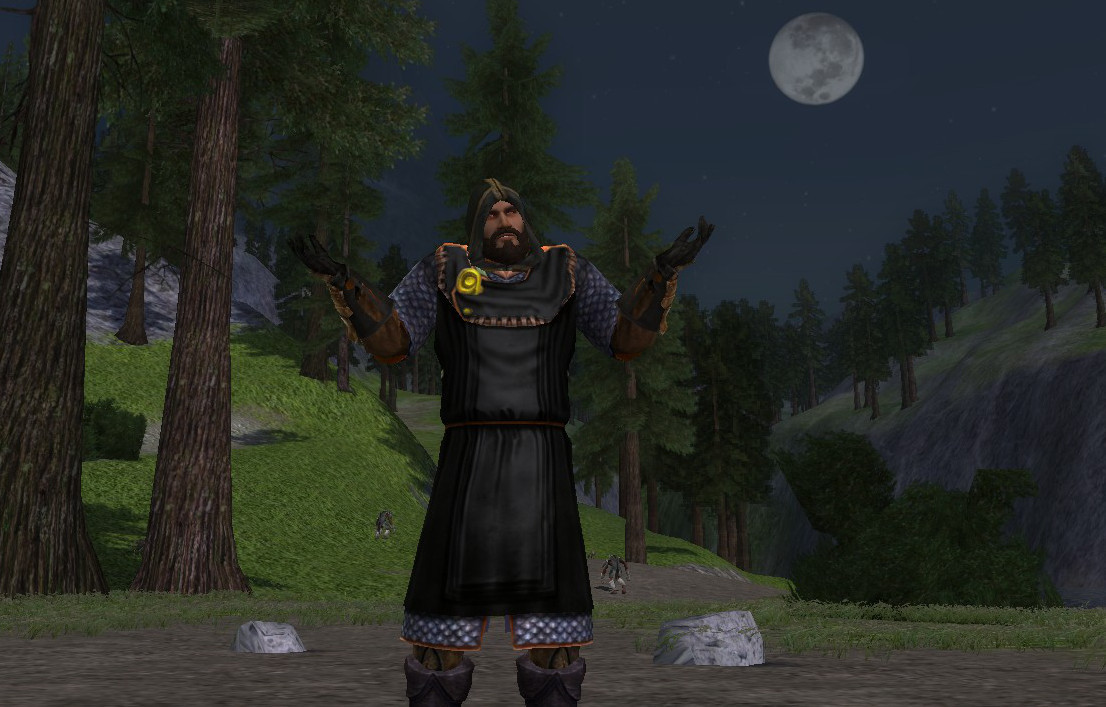 This is problematic for guide-writing. I can't write about all the awesome ways Beornings work in groups if I can't run any group content. So until I get to that level where all the group-content players are at, I'll only have semi-educated guesses to go on. I'm guessing, for instance, that Gunkybear - who can queue up for any combat role - would do fine as a tank or DPS, but if I tried to run as the group's main healer, I'm guessing I would make some enemies. For now, though, running the Beorning is a solo affair.

I see this same sort of thing in any older game I've played. Dungeons & Dragons Online has a very involved, tight-knit community and plenty of players still, but if you roll a new toon and run around the starter zone, you'd never know it. DDO is even older than LotRO, and it seems that most of the people playing it have been playing it for a long time, and are all at or near level-cap. 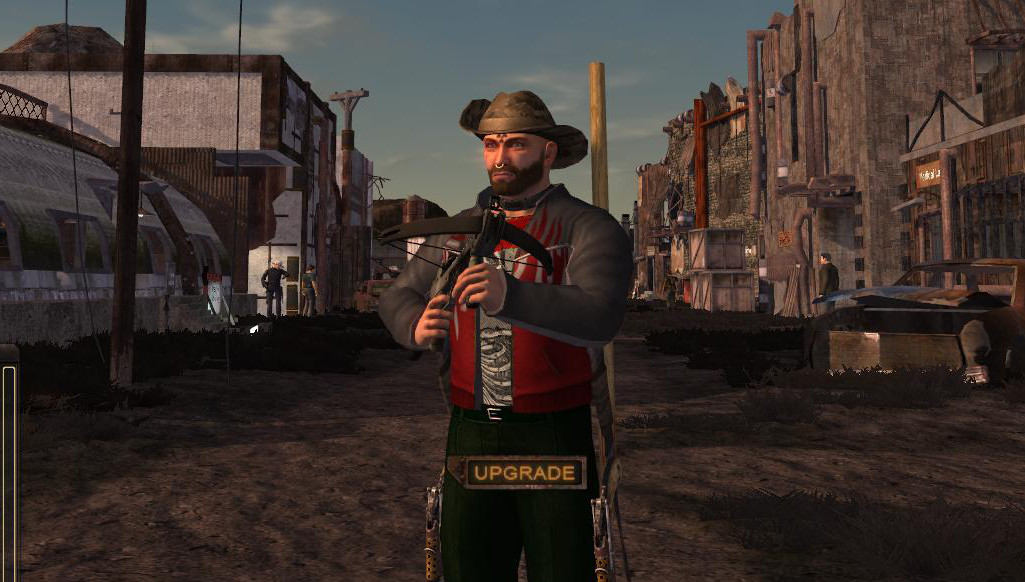 I also saw this in Fallen Earth, which is 5 years old and doesn't have a huge population to begin with. The chat channels were a-buzz with players, but I seldom saw any of them in the newbie zones I was running around in. That seemed fitting enough, considering the post-apocalypse setting of the game, but if I had been looking to run any group content in that game, I would have been screwed.

Warlords of Draenor has sucked a lot of people back into World of Warcraft, but I reckon about 8.5 or 9 of those 10 million subscribers are only there for the new endgame content. And when they're done with it, they'll blow through like tumbleweeds into some other game, where they will fill the chat channels with stories about how much the game they are currently playing sux compared to WoW. 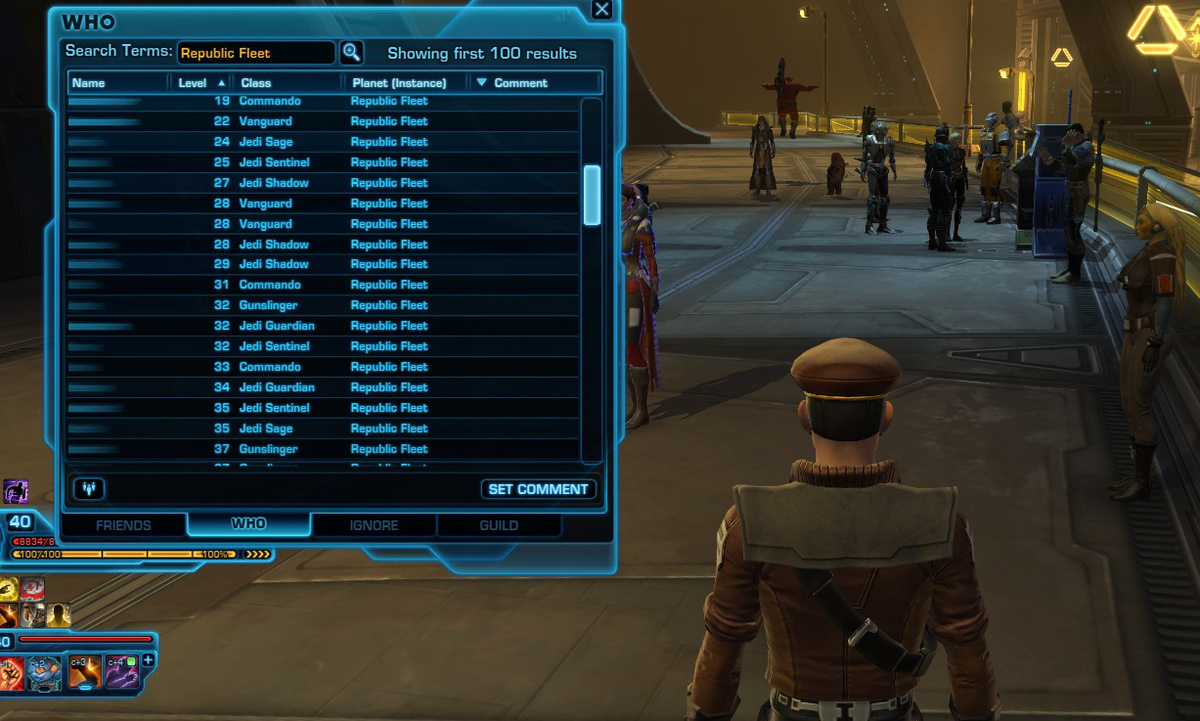 I didn't notice this nearly as much in Star Wars: The Old Republic when I was speed-leveling all those alts. While I wasn't interested in running any group content myself, I saw a lot of people looking for groups for heroics on the fly-over planets, and plenty of mid-level players looking for Flashpoint groups on fleet. This seems strange to me, because leveling in that game - even without the crazy boosted XP for class missions - is super-fast, and the level cap is still relatively low. Even when Shadow of Revan bumps it up from 55 to 60, that's still pretty tame compared to LotRO's triple-digit level cap. But SWTOR is not yet 3 years old, and its population isn't all packed at the top end of the level spectrum yet. Though the crazy XP boost is doing its damnedest to change that - the SWTOR population is experiencing some accelerated aging while the event is running.

So my incredibly in-depth Beorning guide won't be coming anytime soon. In the meantime, here's a video I made of some Beorning bear-on-bear violence, set to the song "Honey Bucket" by the Melvins. For obvious reasons.

How does your game's mid-level group availability compare? Is your game top-heavy? Let us know in the comments!