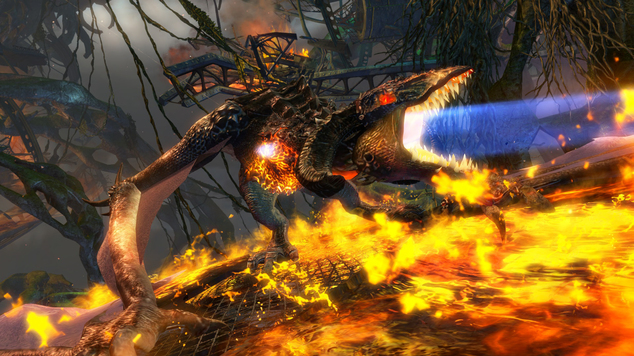 Guild Wars 2 Exclusive: Meet The Defiant Wyvern
Defiance in Guild Wars 2: Heart Of Thorns is changing and not just for Champion or Legendary boss encounters. W

Defiance in Guild Wars 2: Heart Of Thorns is changing and not just for Champion or Legendary boss encounters. What better way to example changes to Defiance than with the addition of one of Heart Of Thorns newest bosses: the Wyvern.

There have been rumours and speculation surrounding a reworking of Defiance for several weeks now as screen captures from Points Of Interest episodes highlighted a mysterious new bar underneath the health of certain targeted enemies. The supersleuths in the Guild Wars 2 community are as eagle eyed as ever and as I found out yesterday when talking to Jon Peters, the incoming changes to Defiance are going to have a significant impact on the way groups of players work together to bring down some of Guild Wars 2’s most powerful creatures. 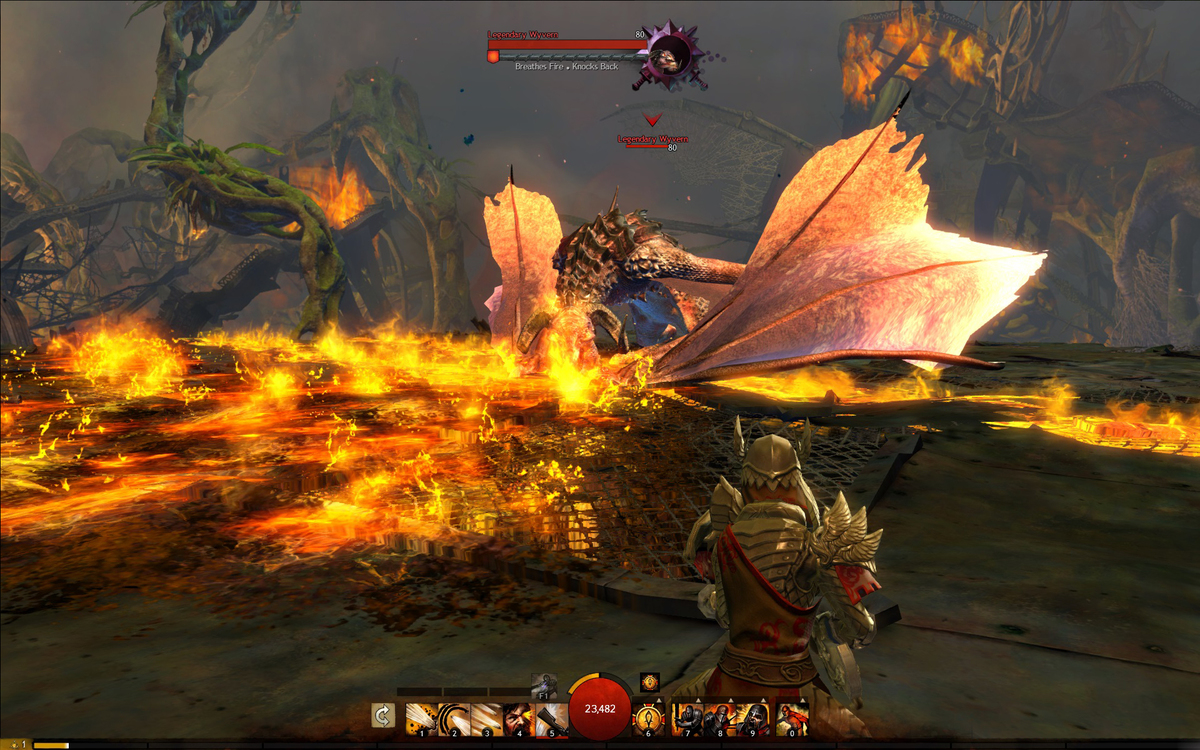 It’s a system that plays some part in Guild Wars 2’s Player versus Enemy encounters but it’s not one that encourages a coordinated use of crowd control skills. Certainly in the dungeon or world boss encounters I’ve been part of for the past two years, it rarely seems to cross the minds of players to actively attempt to whittle down the enemies Defiance. It’s primarily because in its current form, a player using a crowd control skill could nullify the efforts of others, while every crowd control skill is currently treated equally.

If you saw the latest Points Of Interest with Jon and Roy Cronacher on Friday, you’ll be familiar with the Wyvern. As flying, fire-breathing creatures that inhabit the jungle canopy of Heart Of Thorns, Wyverns are a serious threat to players as they traverse the jungle below. Those feeling brave enough, as Jon demonstrated, will be able to journey up to the upper reaches of the jungle canopy in order to kill the hulking beasts. That won’t be easy and reliance on crowd control skills has never been more important here.

The new Defiance “bar” or Breakbar as it will be known, displays just underneath a creatures’ health bar. If you use a crowd control skill, a portion of the bar will be removed. Unfortunately for players the Breakbar will also regenerate quickly over time meaning gradual use of crowd control skills won’t eat away fast enough to break the creature: you’ll need to spike your skills.

The Wyvern, although having multiple means of attack, is a two stage fight that takes place on the ground and in the air. When on the ground players are able to deal damage to it but as it attempts to take flight it will gain a Defiance bar. During this window of opportunity players will have to break it as quickly as possible using crowd control skills and if they manage to in the nick of time, the Wyvern will stay grounded and you’ll be able to deal triple damage to it. If you miss-time your use of crowd control skills or don’t have enough to deplete the Breakbar, the Wyvern will take flight and begin to bombard players with aerial attacks. 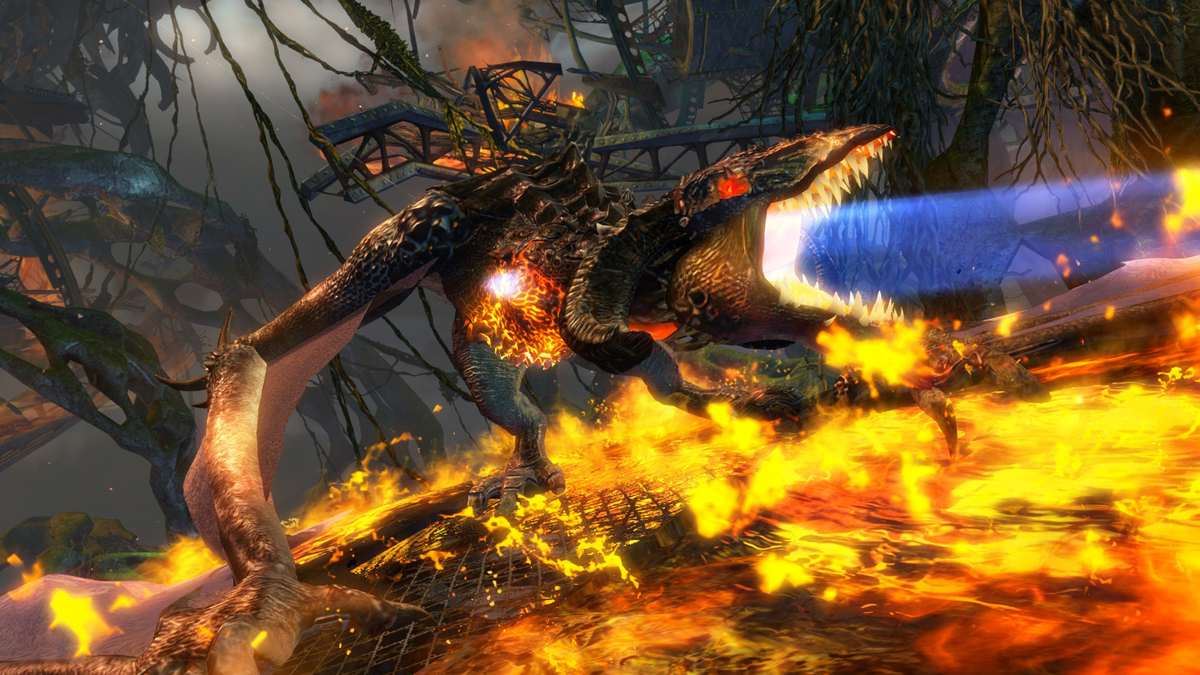 Unlike other current bosses in Guild Wars 2 and thanks to the Defiance changes, players will now be able to disrupt the actions of boss enemies they encounter. Where once the Wyverns attacks would have played out, there’s now a method of not only dealing with the threat but, as I found out in my interview below, this is very much intended to be rolled out retrospectively across all boss encounters and surprisingly, this Defiance design is also going to be added to professions, specializations and their skills.

What I like about the Wyvern fight is the fact that not only are ArenaNet building on the existing use of telegraphs to signify to players of its intentions, but they’ve also extended this to the visuals of the creature, a technique known as material replacement. When the Wyvern is about to use his particularly powerful fire breath you’ll be able to see its belly change colour and texture as it powers up. If all that wasn’t good enough, there’s also plenty of new technology behind the fire effects the Wyvern uses to turn up the heat on players.

If you’re attending either PAX East or EGX Rezzed, you'll be able to grab a PvE demo and face off against the Wyvern yourself. Stop by booth #5116 at PAX East, or East Mall 3 at EGX Rezzed.

CLICK HERE TO JUMP TO OUR INTERVIEW WITH JON PETERS AND KEVIN STOCKER, WHERE WE ASK MORE ABOUT DEFIANCE, THE WYVERN AND BUILD DIVERSITY!