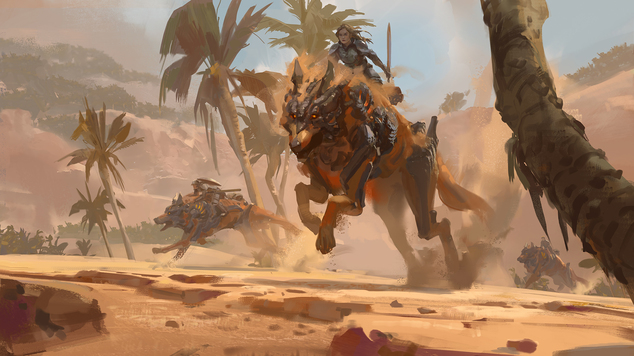 Guild Wars 2 Fan Sat Waiting For More Drama
It's only a matter of time before something else kicks off.

Guild Wars 2 super-fan, Ronald Rand, has given up playing ArenaNet’s successful MMO in favor of refreshing Reddit for PR disasters.

Despite having played the game since launch, amassing an impressive 4000 hours played, with multiple Legendary weapons and every class at level 80 (including World Completions), he has found greater entertainment in the popular sub-Reddit.

“Everyday when I visit Guild Wars 2’s Reddit, there’s always drama. It’s better than any TV show, and more entertaining than playing the game itself.”

Today in being a female game dev:

"Allow me--a person who does not work with you--explain to you how you do your job." https://t.co/lmK0yJWqGB

Ronald is convinced that nothing will ever eclipse Jessica Price's meltdown.

In the past year, controversy have ranged from the unhinged Jessica Price, to the banning of players who receive gold from others, when the original source is a questionable supplier. Ronald is convinced it’s only a matter of time until something else rears its ugly head.

“I’m just sat here hitting F5, refreshing Reddit, waiting for the moment when more shit kicks off. I quit my job a few weeks ago just so I could be sure I wouldn’t miss any of the drama.”

Although it seems fairly quiet over on the official Reddit after the last incident, Ronald is convinced something will happen any time.

“I make it at least a week since the last incident, so the next will be right around the corner I’m sure of it.”