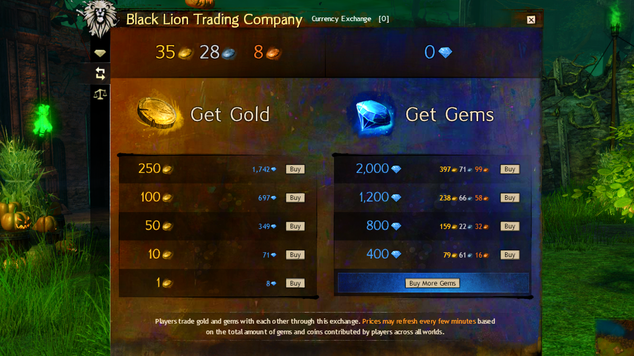 Guild Wars 2: #GemGate
It all seemed quiet for Guild Wars 2 in recent weeks (especially after the GuildMag interview) and yet sure eno

It all seemed quiet for Guild Wars 2 in recent weeks (especially after the GuildMag interview) and yet sure enough, another scandal has erupted over night on the launch of the Halloween holiday event. Update: ArenaNet has responded to the changes by stating they will reinstate the previous ability to micro exchange Gems. Please see Footnote.

One of the things that has always made Guild Wars 2 stand out is its buy to play model and the fact that the in game store is purely cosmetic. Unlike other free to play games which nickle and dime you every step of the way, I’ve always stood by the fact that Guild Wars 2 doesn’t do this. Its store is filled with cosmetics you don’t need but are desirable. Supporting all that is a gem system which allows you to trade the gold you earn in game, for the store items. Alternatively and if you don’t have the gold, you can hand over your credit card details and buy Gems directly. On paper, the system was designed to give players a flexibility in their transactions. “Want an item that costs 100 gems? That’s fine! Use our Gold to Gem converter and you can do that.” What we now have after yesterdays patch is as far removed from that scenario as there could possibly be. Now it’s more a case of, “Want an item that costs 100 gems? That’s fine! our Gold to Gem converter, but you’ll actually need to buy 400.” 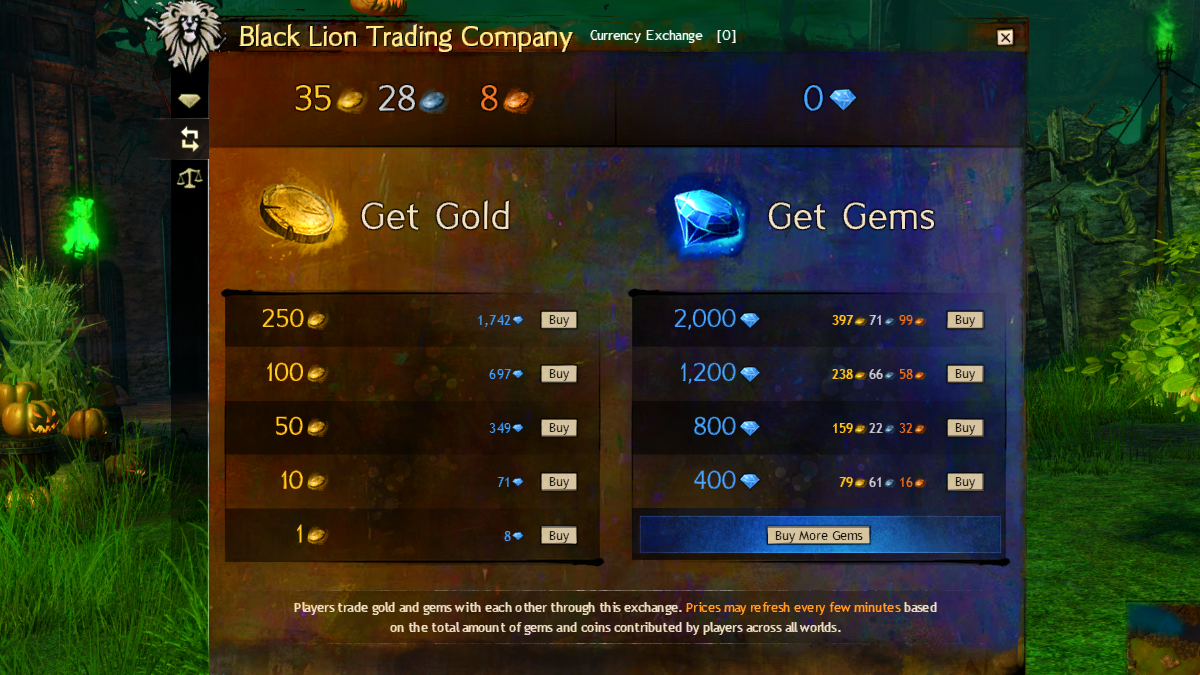 Simply put, the previous system allowed for complete freedom over your Gold to Gem exchange. If you wanted 10 gems, you could do it. If you wanted 437 gems, you could do it. Instead and what we now have is a fixed exchange and purchase system where you can only buy Gems in batches of 400. There’s dozens of reasons why this change is baffling, infuriating and wrong but it seems only the players realise it. Not only that, but there seems some very dubious tweaks by ArenaNet to coincide with this change.

Why This Change Is Bad For Guild Wars 2

Part of the reason why the Gem store in Guild Wars 2 worked so well was because of its flexibility in providing players with a method of obtaining the number of Gems they needed. I often exchanged exactly 125 Gems’ worth of Gold in order to obtain a single Black Lion Key. If I was flush enough, I’d exchange a little more to try my luck (450 Gems). Where the new system collapses (intentionally I think, but I’ll get to that) is where pricing on the Gem Exchange creates grey areas. If we take a couple of items from the Gem store at random, the spread of pricing is enormous:

As you can see from the above, prices do very quite a lot and you might think, “Well, what’s the problem? You can buy multiples of 400.” and in some ways you would be right. The problem however is the fact that single purchases are now obsolete (unless you already have Gems) and purchases requiring more than 400 Gems (on a 500 Gem item) leaves the player having to convert 800 Gems in total. Even something as simple as buying 5 Black Lion Keys (450 Gems) now requires a double exchange of Gems. More frustrating than anything however is the fact that this change has, once again, been blamed on the previous system being too difficult for “new players” but at the same time it guarantees additional income for ArenaNet while forcing players to get rid of more gold than necessary. If that wasn’t bad enough, there’s also some funny goings on with the Trading Post API and the inflaction of the Gold to Gem conversion. As you might expect, the reaction from the Guild Wars 2 community because of this change has been very loud, very vocal and on this occasion, very right. ArenaNet’s however has been pretty typical. 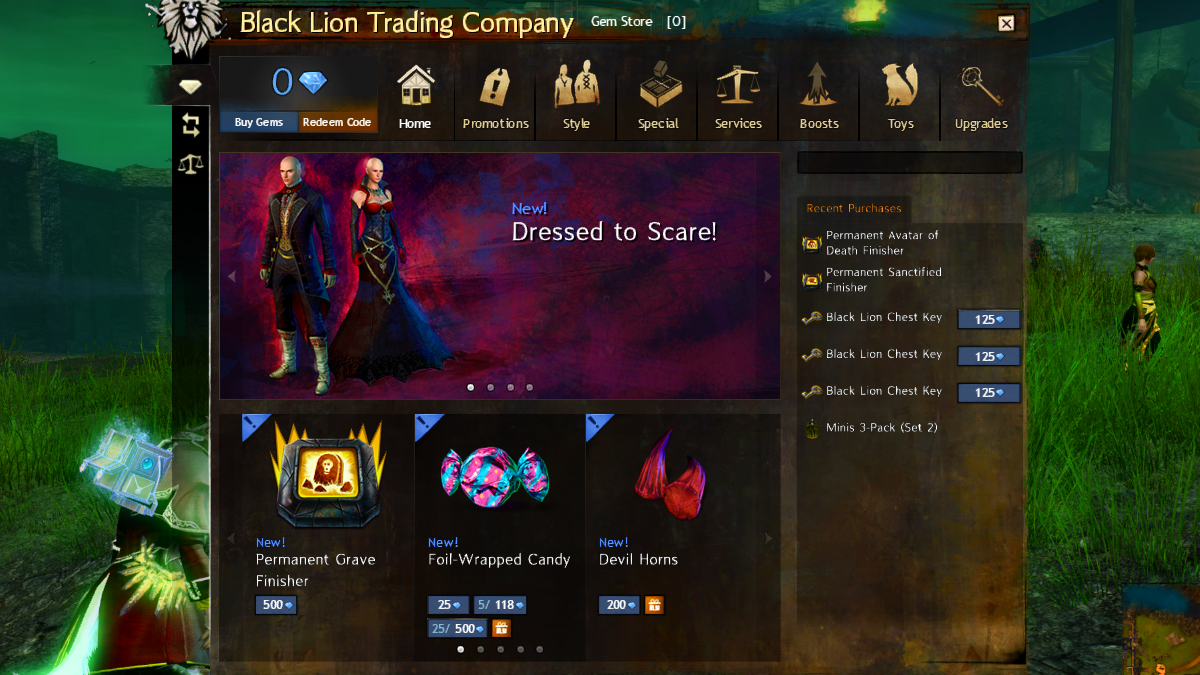 The patch notes for the change state the following:

The Currency Exchange UI has been overhauled to be quicker to use and easier to understand.

Quick exchange options for both currencies are now visible on the front page of the Currency Exchange.

Fixed exchange amounts have been set to simplify the exchange process and remove confusing rounding points.

Added a preview of new balances.

Gaile Gray, ArenaNet’s Communications Team Lead  has subsequently taken to the forums to try to put out the fire. Her first response however, was less than stellar.

Ok, guys. Some of you are unhappy about this change, I can see that. BUT… quite honestly, most of you are sort of (I hate to use the word) ranting (sorry!) instead of offering suggestions.

I assure you, the team leader told me not 15 minutes ago, they will listen to suggestions.

Does that mean you get everything you want? Probably not.

Does that mean you should suggest something? Yes, of course! Because they’re expecting player input.

So you want lower increments? Think it through and present a suggestion! You want XYZ in the interface? Post that idea. You would rather see something else? Post what you think about that other thing. Please don’t get into the whole “I’m going to kick the devs and their little dogs, too” because it’s not doing you or us any good at all.

I’m not here to apologize. I’m here to communicate and right now, the communication is coming in without a whole lot of substance. Over to you for suggestions and constructive input!

Here are a few tidbits from the team:

A lot of newer players had trouble with the interface. That doesn’t apply to you, you’re veterans who have been around the conversion block a time or two. But newer players will benefit from the updated system.

The goal was to make the Gem Store more like other shopping experiences, and if you think about it, there is more of that feel to it now.

You may be surprised to know this (I know I was) but very few people bought gems at smaller denominations than the first one offered in the new system. That’s not to say they never did, nor that there wouldn’t be the desire to do so. But overall, the current options were selected based on player purchases in the past.

The team is going to listen to your feedback and, if and when it’s practical and desirable, they can look towards adjusting the new system to better meet your needs.

So please keep your thoughts coming on the new system. Feel free to make suggestions but please, keeping them constructive would be very much appreciated.

What frustrates me here is that not only did she start on the offensive (“most of you are sort of (I hate to use the word) ranting (sorry!) instead of offering suggestions.) but then, as is becoming the norm, further added fuel to the fire by requesting suggestions on how to fix it. The second reply then rolls out the new player card while also stating that few players used the incremental converter. There’s so much wrong in these two posts, I honestly don’t even know where to start. 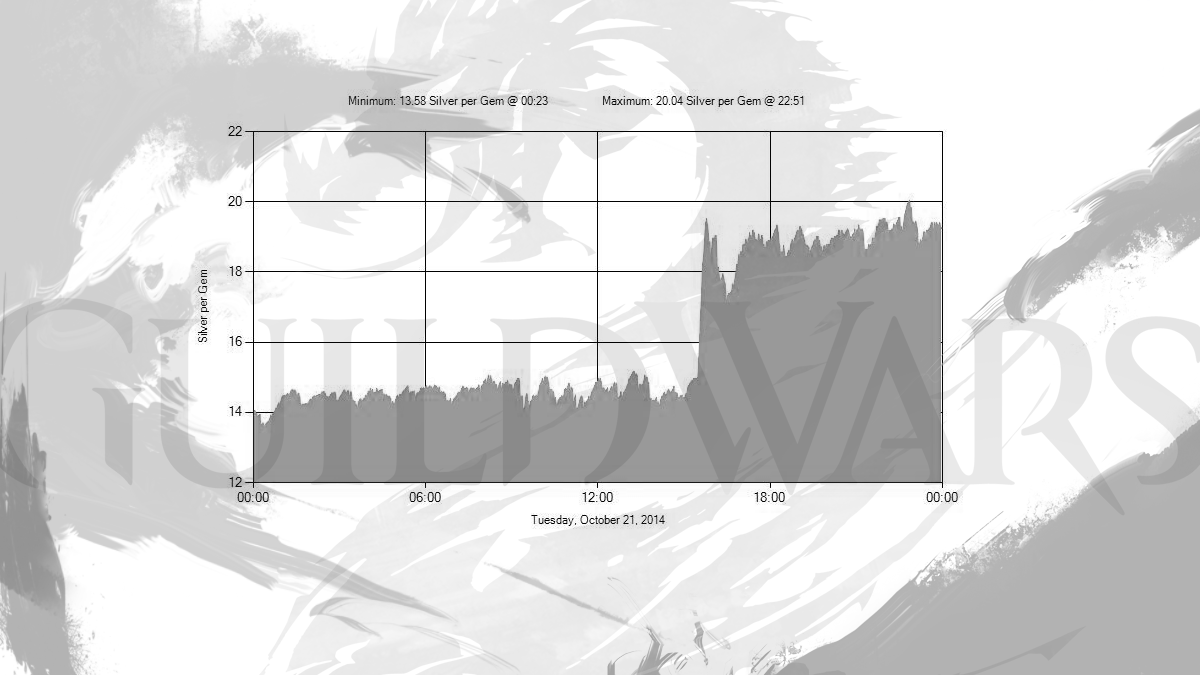 So what to make of all this? It’s not good and in many ways although I’m a huge supporter of the buy to play model and ArenaNet’s approach to it, it’s honestly hard to stomach the justification for this change or that it can be interpreted in any other way than nickel and diming the playerbase. While Guild Wars 2’s earnings might be down on previous years as of the latest earnings report, this isn’t the way they need to go about boosting their coffers. An expansion pack (that’s paid for) or making greater use of their Gem Store would be a better bet. I’ve no doubt the Living World is expensive to create, but in all honesty I’d be surprised if it yielded large returns of income. Slashing prices and implementing more affordable and unique items would also go some way in increasing sales. Better yet, fixing the small things that have been ignored since closed Beta will also help a great deal in retaining players (who will then eventually spend money, I’m sure). Manipulating the Gem store? That’s a whole different matter and one which will see players not only reverse their spending habits but change games completely.

Footnote: Since this editorial went live, ArenaNet has responded to the changes by stating they will reinstate the previous ability to micro exchange Gems. Gaile Gray added the following:

Here’s an update for you:

It’s clear that quite a lot of you would like to have greater flexibility in using the Currency Exchange. Our intention when we designed the new interface was to streamline large volume purchases, which make up the majority of transactions.

In light of your feedback, we will update the Currency Exchange so that you can decide how you want to use it. We will keep the new streamlined system and also offer a new “Custom” button on the panel that you can use to exchange any increment of gems or gold.

We anticipate rolling this out soon. Stay tuned!

Sorry for the delay in posting this, but out of respect to our international community, we wanted to be able to post in several forums at once.