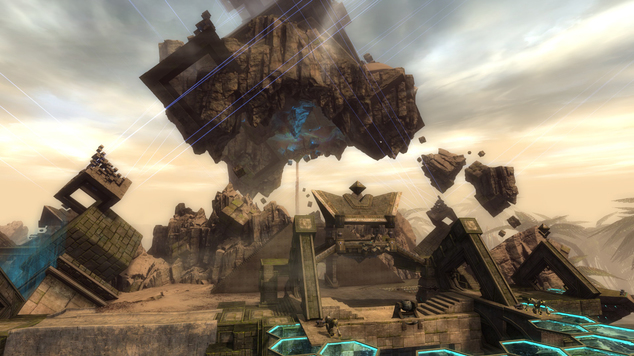 Many players who partake in World versus World are today eagerly anticipating news on what’s to come in Guild Wars 2: Heart Of Thorns. On the opening day of Rezzed, I managed to gain a sneak peak at some of the World versus World changes as well as sitting down to chat with a couple of ArenaNet’s developers: Tyler Bearce and John Corpening.

I think it’s fair to say that World versus World needs some attention at the moment and some of the biggest issues facing the game mode are the ease at which keeps, towers and outposts change hands, but also that Lords aren’t a challenge, Dolyaks too easy to kill and navigating past Outposts is far too easy. Oh and there’s also the fact that defending any objective, especially Outpost’s and Keeps often places defenders at a disadvantage - standing on walls is suicide. Is all this about to change? I think so. 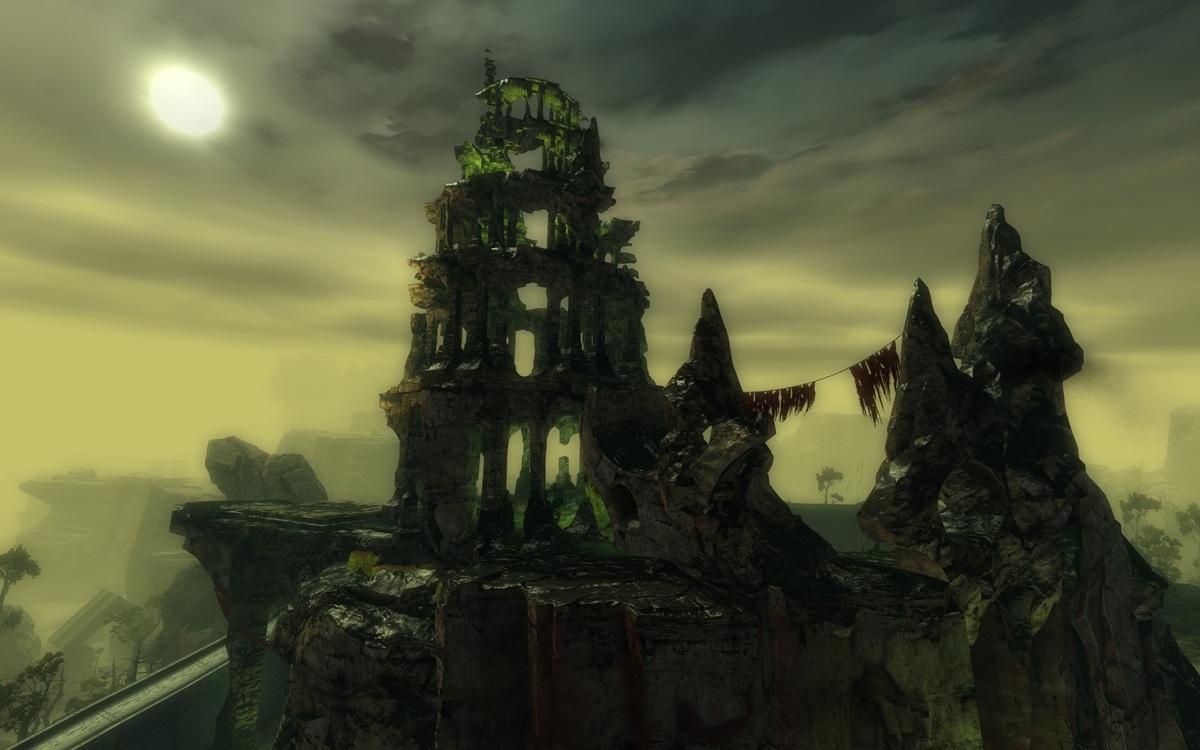 The new Borderland map, according to Tyler, brings the same number of objectives: 3 Keeps and 4 Towers that are roughly in the same physical locations. “The key difference is that the objectives and the terrain are more strategically important. For instance, the Towers now block off areas and expand past the Towers.” he adds that, “players will no longer be able to walk around an enemy Tower really easily - the walls play a crucial role in controlling areas.”

Tyler also spoke about each Keep and how they’re elementaly themed, such as fire, air and earth: guards will also be themed in this way. One of the biggest changes are new soloable objectives called Shrines. “Around the fire keep there are three Shrines of fire and those confer bonuses to the teams that own the Keep. For instance, if you own one fire Shrine and the Keep, you’ll get fire turrets turn on to defend the perimeter. If you get the second one, there’s a transformation inside the keep.” he goes on to say that “where you can turn into Hellhounds to defend other assaults. The third one allows you to walk on lava so your team can get around - you can dive into it and come out the other side.”

As for the other keeps, one that sounds particularly fun is the air themed. Guarded by Tengu, the Air Keep and securing the Shrines allows you access to jump pads and makes you immune to falling damage. There’s also wind based turrets to protect it for knocking invaders off the walls. John Corpening is particularly keen on the Air Keep, “Each objective here is very uniquely themed and the Air Keep is close to my heart. We had a play test where Tyler was commanding one army and Tirzah Bauer (ArenaNet’s Environment Artist) the other. I was on Tirzah’s side and we were defending the Air Keep. We went and got our Shrines and immediately you gain this incredible sense of movement. With these jump pads you can climb mountains and once you have the jump pads and no falling damage, your ability to move over terrain is amazing. We say their army coming and our little band were climbing mountains, jumping down the other side, and ambush them in a bottle neck on a bridge - our wind turrets then start knocking them off the bridge.”

One of the things I was keen to explore is whether or not trading Towers and Keeps quickly is still going to be common place, or if ArenaNet have taken steps to ensure that the time in which it takes to capture these objectives is made more difficult. John took the lead on this one, “If you want the Keep abilities, they’re mostly there to help you defend. Another big element is the Towers. Right now you can run past them but they’ll now control sections of the map. It’s more of an advanced station for your Keep.” he adds “you can force opposing armies to take really long ways around the maps that gives you more time to set up defences and ambush them.” 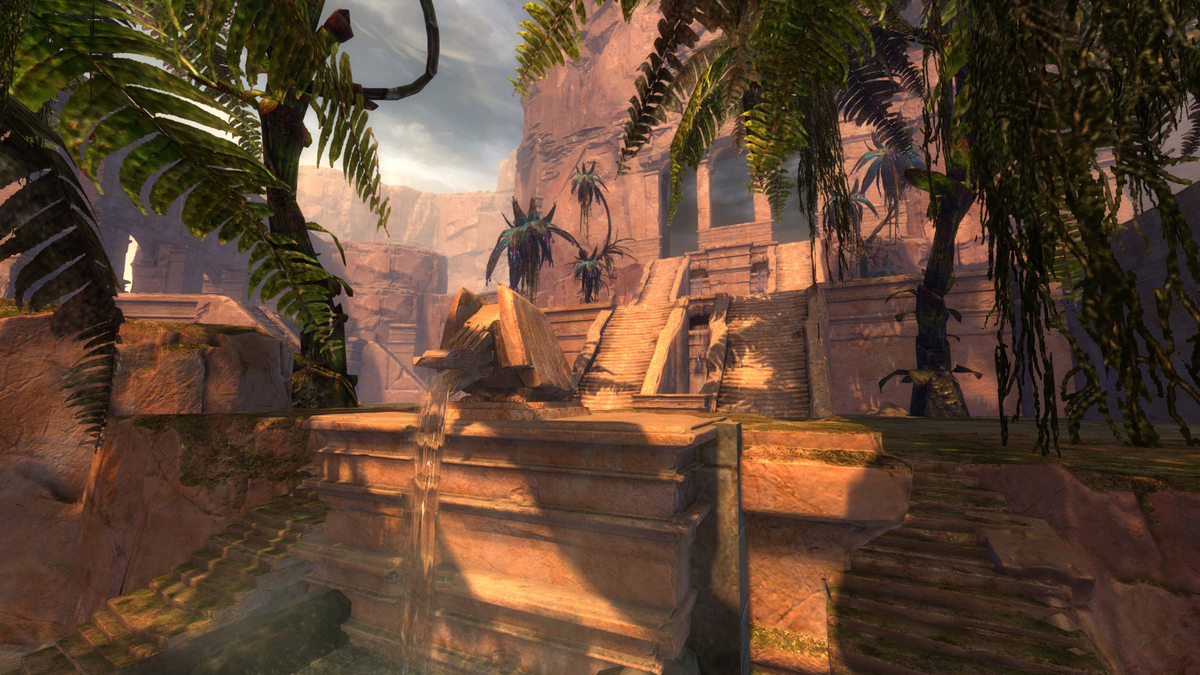 With Towers now playing a key part in funneling opposing players, I asked John if  the layouts will change to also help those defending? “The layouts have changed quite a bit. There are more areas surrounding the attackers so it gives defenders a big leg up.” Tyler also states that “shrines are outside the Keep walls so it’s designed to pull players outside of the walls. We don’t want all encounters to be of people shooting others on top of walls.”

News that will likely please many players is the fact that gates now have improved health and the layout of Keep walls means that the attackers have to place themselves in harms way, “We’ve created boxed walls that enemies have to cross under to attack. It’s an advantage now to line up and defend from the walls”.

If players do eventually break into one of the new Keeps, what about the Lords? Can we expect them to be challenging? “All of the Keeps and Towers have unique Lord bosses that have unique skills. It’s to create more skilled and varied boss fights. They’re not intended to wipe world v worlders, but if your team chooses to defend in the lord room, he matters.” Tyler went on to describe one particular Lord that I think will make many players happy, “It’s an Asura Golem prototype. He’s at the earth Keep so he he has earth themed abilities. He can leap up into the air and casts a shockwave out or draws up earth around him to trap invaders inside.”

I asked John - what about rewards? Badges of Honor serve little purpose at the moment while server wide buffs such as those in Dark Age of Camelot also might add much needed incentives for players. Under the watchful gaze of ArenaNet’s head of Public Relations, John had a big grin on his face, “Rewards are always something we’re looking at and it’s on our list of priorities.”

Besides showing all the Keeps this weekend, there’s also a new surprise: Skyhammer version 2.0. Well, sort of. Fortunately for player’s there’s no breakable platforms but instead a huge energy cannon at the centre of the Borderland. In the jungle oasis, an event will begin every 3 hours. It’s a call to action for players to collect Power Cores to charge it up. Players will need to fight off dinosaurs that have swallowed them, before delivering the cores back to awaiting Priory NPC’s. The side which does this first will activate the cannon, causing it to fire a huge bolt of energy into the sky and destroying all objective gates that aren’t currently under the servers control. As a comeback mechanic for a side struggling on a particular Borderland, the Skysplitter (as it’s tentatively named) is a perfect solution. If the winning side realises they’re likely to lose the event, they best be sure to quickly place players on their gates to begin the inevitable repairs. 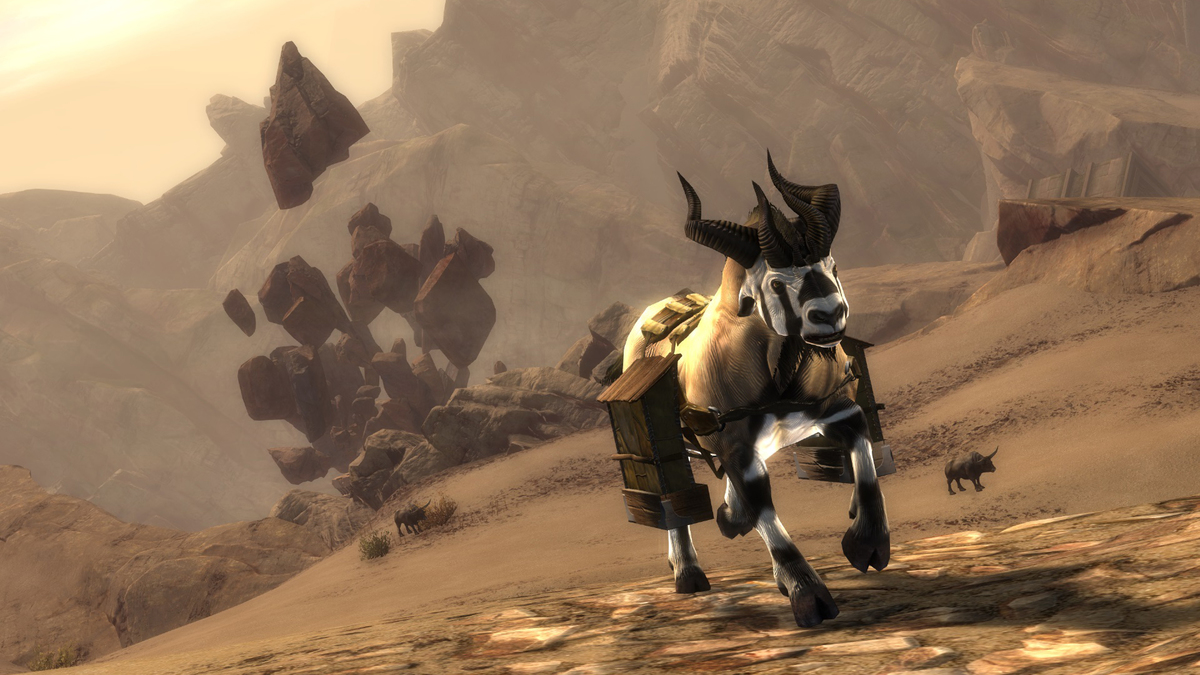 Finally, what about poor Dolyaks? Are these lumbering beasts ever going to be something more than a meat shield? “Dolyaks now get a protected caravan buff on them if an allied player is standing nearby. This makes them take way reduced damage. As it is now it’s really hard to defend them against a player or two, you can’t really do much to defend them. Now players will have to choose between killing you or spending a lot of time on the Dolyak.” If that wasn’t good enough, there’s also news on Sentries. “There’s now one sentry per Dolyak now and if your team controls it and there’s an enemy Dolyak, Sentries can now cripple for them five minutes. It’ll be more important to control those so your supply isn’t disrupted. There’s also medical kits at these Sentries so if your Dolyak is crippled, you can cleanse them.”

Besides awaiting more news on the rewards for taking part and succeeding in World versus World, the new elemental borderland is not only looking exciting but it sounds as though ArenaNet have made just the right amount of improvements to fix many of the issues surrounding this game mode. We can’t wait to see and hear more and we'd like to thank ArenaNet for taking the time out of a very busy Rezzed to speak to us.

Players can catchup on the World versus World Rezzed Panel by heading on over to the Twitch stream.