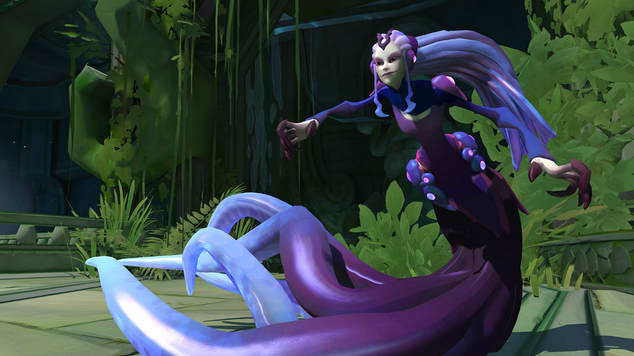 Hands-On with Gigantic at PAX Prime 2014

There are plenty of gaming industry events of the “look, don’t touch” variety, but thankfully PAX Prime is not one of them. We had the pleasure of getting to spend time playing a wide variety of titles throughout the course of the weekend, but one in particular left an incredibly positive impression. You might even say, it left a Gigantic impression on us.

Gigantic is probably one of the first true post-MOBApocalypse titles to boldly pin a competitive multiplayer badge to its lapel in a truly unique fashion. For MMO gamers, or those of you who enjoy arena-style combat but are looking for something fresh to chew on, Gigantic could best be described as this:

Think of an MMO arena, but one that’s played out on a much larger map; so something along the lines of World of Warcraft’s Dire Maul as an outdoor arena rather than a winged dungeon.

The game mode combines elements of control point capture, creature spawning, and massive beasts on either team that need to be defended or defeated. (Defeating the opposing team’s beast is your main objective) 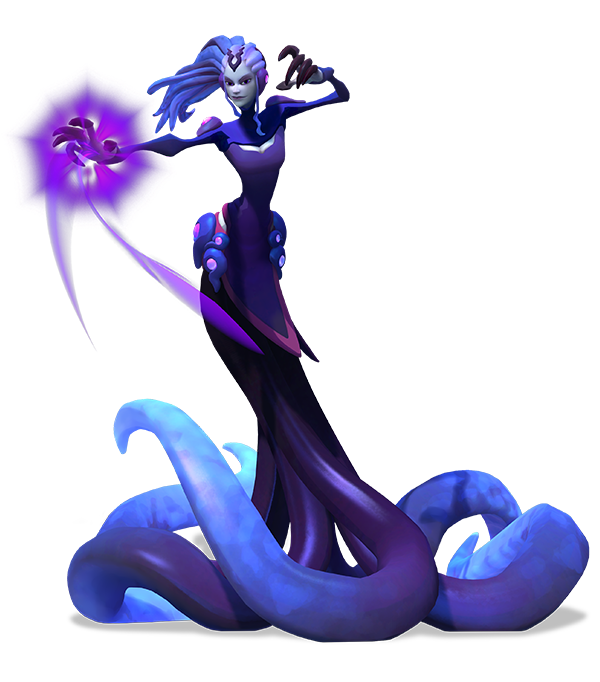 For our PAX Prime appointment, we managed to squeeze in two full matches which gave us a better feel for the flow of a given game, or in Skylatron’s case, get a feel for how more than one character plays. For my part, I stuck with the same character for both matches, Xenobia. I had done my homework in advance, so knew that my tendency towards necromancy, lifedrains, or manipulation would be a good fit.

The best way I could describe Xenobia is that she is a hybrid between a classic MMO necromancer (minus the undead minion bits), with hints of an old school EverQuest enchanter depending on how you level up your skills during the course of a given match.

In each match you can earn up to ten levels, with each granting you a skill point to add additional effects or power to your available skills, or gain some more general boosts to things like damage, defense, or movement. So depending on how I spent my points on Xenobia, she focused a bit more on snares and lifetaps (classic necromancer stuff) in one match, while in the next I put a lot more focus on area control, debuffs, and stuns (thus giving that EQ enchanter flavor).

At the outset, the folks from Motiga cautioned me that Xenobia is perhaps one of the most difficult characters to play, but I honestly didn’t consider that to be the case. While the combat is incredibly fluid and fast-paced (Gigantic puts most “action combat” MMOs to shame in this regard) the same basic rules apply.

While I did suffer more dirt naps while playing more of the crowd control role (lifetaps FTW), I still managed to do fairly well overall. Sure, Xenobia will likely take some skill to master, but I can see how in the hands of a good player she will no doubt become one of the most despised (or praised) characters on the battlefield.

She’s not necessarily built to top the damage charts, but my survival rate was far higher than anyone else on my team (in the first match my kill / death / assist rate closed out at 11/4/9). 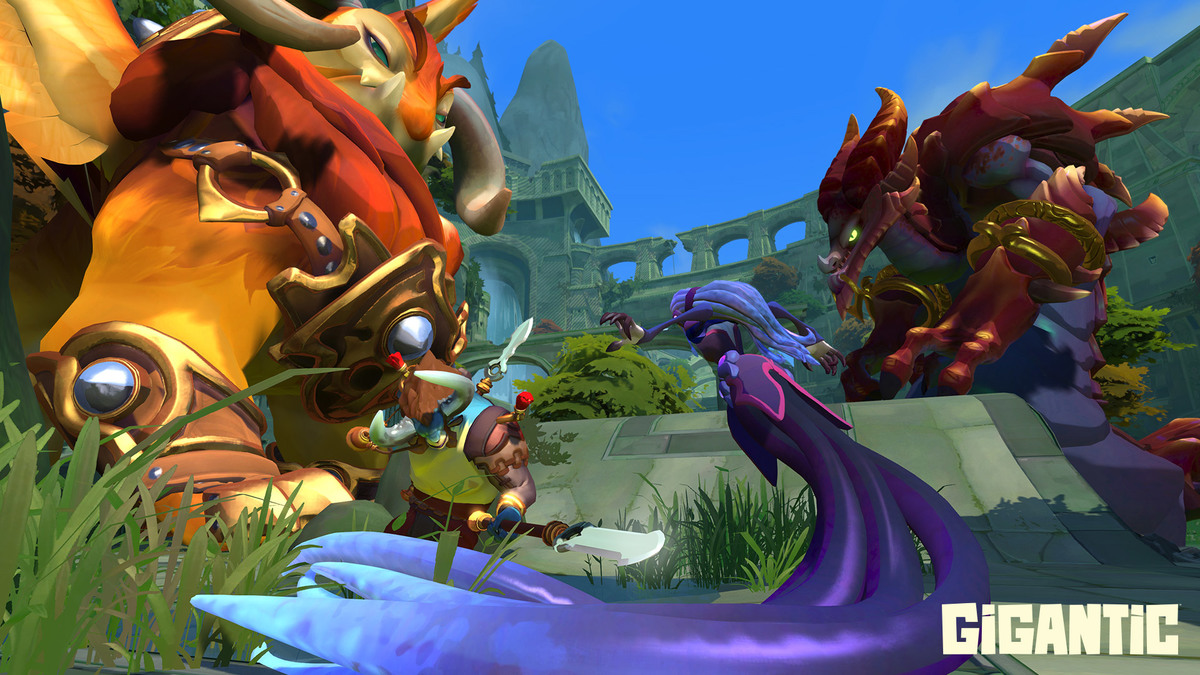 On the subject of dirt naps, another on the list of many, many things that Gigantic simply nails is how respawns are handled later on in a given match. It’s a very socialist take on the typical “scaling upward to the point where you can order a pizza, wait for the delivery, eat it, and walk the empty box to the recycling center two towns over” frustration of being sidelined for 45 seconds-1 minute. Sorry MOBA sadists, but being sat in the corner for being bad for a minute really isn’t my idea of fun.

What happens in Gigantic is that the time it takes to respawn will distributed evenly among any defeated players on your team later in the match. For example, you might be waiting 15 seconds to spawn, but at the last second a teammate is defeated. While you’ll end up having to wait slightly longer, the spawn timer for your teammate will be reduced as well.

We didn’t get the opportunity to drill down too deeply into how social systems will work in Gigantic, but will definitely be following up with Motiga once the Team Hammer Mobile Command Center has made it safely back to TTHQ.

And while we don’t really do the cheese move of giving out awards at a fan-focused event like PAX Prime, but you can guarantee that if we did, Gigantic would be the clear winner of our Competitive Online Multiplayer award.