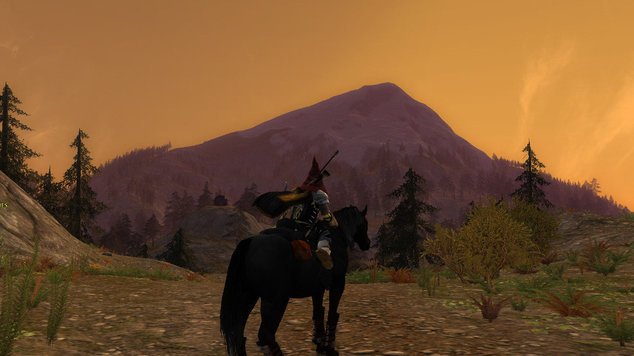 Monday was the drop date for the Lord of the Rings Online's latest major content update, titled Update 14: Paths of the Dead. This update takes us into Western Gondor by way of the Paths of the Dead, the secret underground passage through the White Mountains from near Dunharrow in Rohan.

Western Gondor looks pretty amazing, as one might expect. We've had glimpses of it before - there was a cool session-play instance in an earlier Volume 3 epic book where we saw Isildur accept an oath of allegiance from the hill-people of the region, and then curse them to eternal undeath when they later changed their minds and allied with the forces of Sauron instead. That all took place at the Stone of Erech, which features prominently in the early parts of the new Western Gondor story arc. 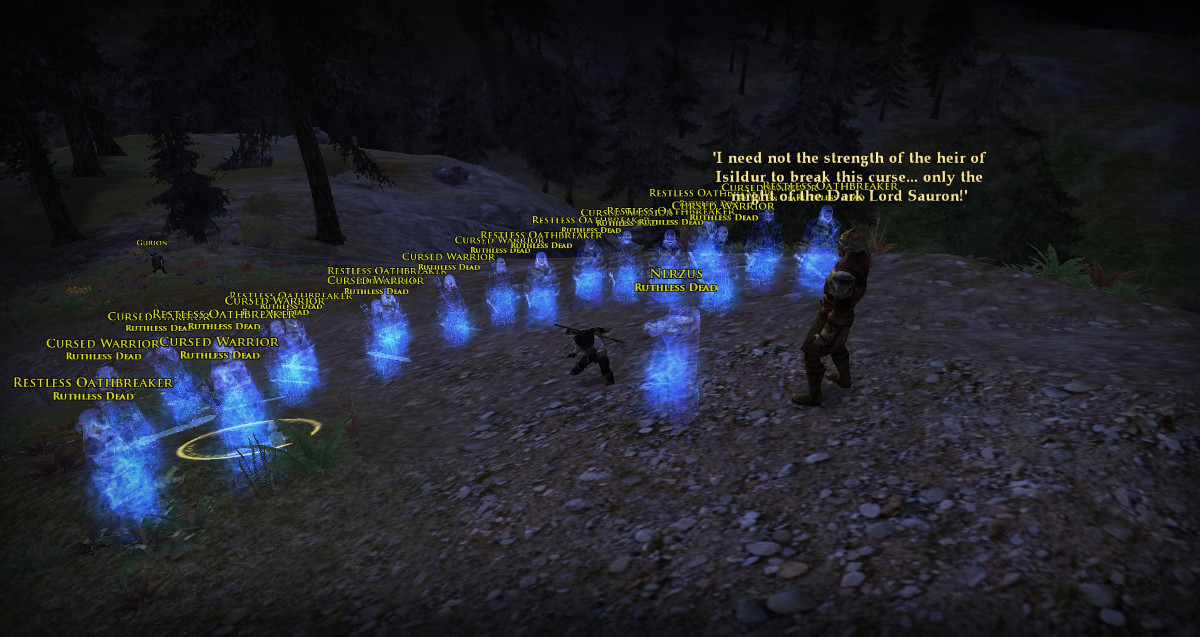 Damn oathbreakers are everywhere - can't seem to get rid of 'em all.

Once again, I found myself somewhat unprepared for launch day. The smart people do a boatload of level 95 quests all over the place and hold off on handing them in. Then you turn 'em all in on launch day, earn a ton of XP and giggle at the clods like me who forgot/didn't have time to do it. By the time I got patched up and logged in on Monday evening, a few people had already blasted through the 5 new levels and were rolling through Gondor at level 100.

Not me. My poor neglected Hunter rolled in at a stalwart 95 and worked his way legit up to 96. I haven't had as much time for LotRO as I would prefer, so Gunkydoc is a little behind in his gear. In fact, I was still using a level 75 2nd Age spear that had every single legacy I wanted on it. By the end of the first day, I was getting torn up enough by the normal mobs that I decided it was time to upgrade good ol' Gunknir II (the first Gunknir was a level 60 Second Age Filikul spear that I parted ways with only reluctantly after Rise of Isengard). 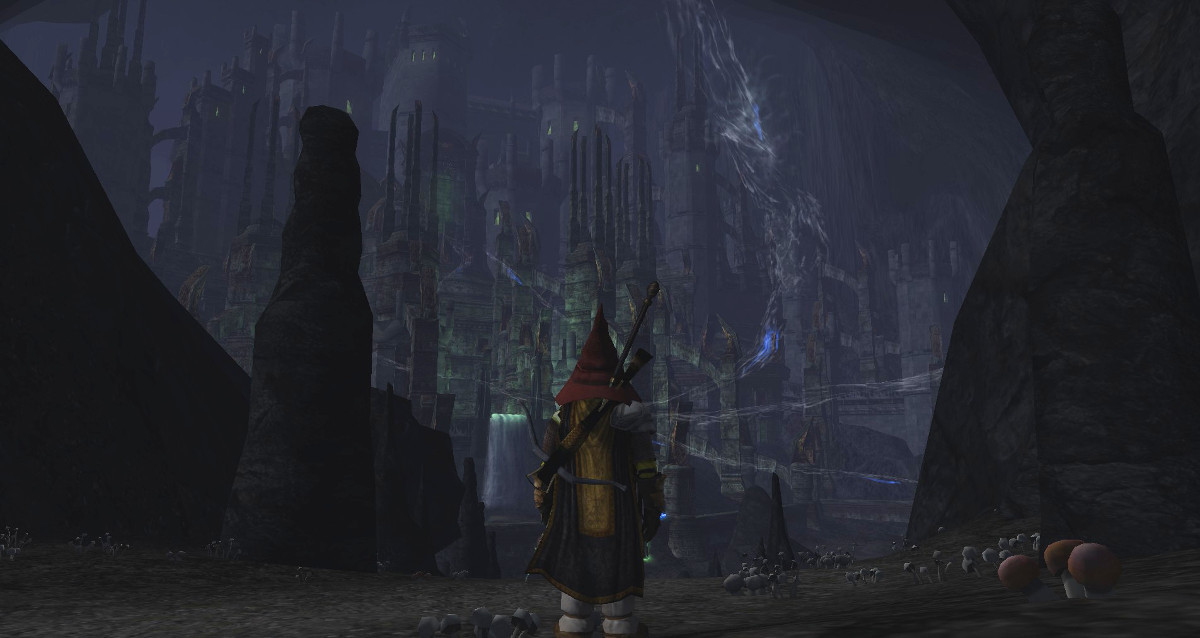 I also upgraded some of my other gear, because I was wearing pieces that were already 10+ levels behind. Every time I climbed to the top of the Hill of Erech, a pair of angry crebain would attack and nearly kill me, and when you're almost dying to normal birds, it's time to rethink your gear.

I earned a set of slotted shoulder armor for one of the early Volume 4 epic book chapters, but it was a good long while before I found any essences to put in it. Evidently, I'm alone there - I saw loads of the damn things being flashed around in the new World chat channel. I'm curious about what I can make with this system, how OP I can make stuff compared to the gear I can get via other means. Since there are no new instances or raids forthcoming in the foreseeable future, and they haven't added any new top-tear level 100 gear to the skirmish vendors, it looks like slotted armor and essences is the way to go for now.

I actually had way more Marks and Medallions than I knew what to do with, and there was no gear really worth getting with them. I imagine it means my skirmish soldier got reset and all the points refunded; either that or I missed a note about some currency getting converted. Anyway, I blew a pile of 'em on upgrade scrolls for my unequipped level 95 2nd Age spear. I'll likely have to spend the rest on my soldier again. 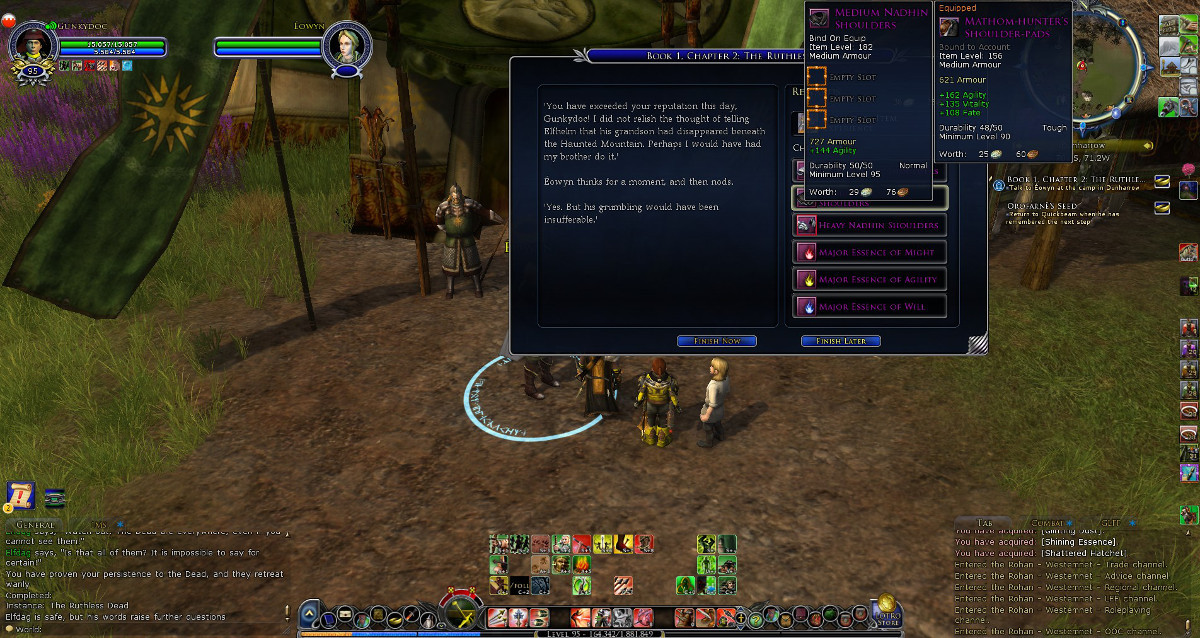 Speaking of the new World channel, I was sorely tempted when I noticed it to announce "Hello, world!" on it. I resisted that urge, but apparently I'm the only one who did. I saw it about 20 times that first evening, and by then Arkenstone server was already fairly busy. After I saw one guy say it, I asked how many others came in with that same obvious-but-still-amusing joke, and a guy sent me a tell saying simply, "Thousands." Slightly more interesting than the new channel, however, is the fact that the old user-made GLFF channel still sees a lot of activity. The World channel is a great addition to the game, even if it came roughly 7 years late.

As one might expect, update launch day triggered a massive extinction event in Gondor. This isn't new, and now that I've seen it 11 or so times, it's something I'm more or less used to. You need to kill 10 of something, you wait for respawns and tag it fast when it comes back up, or you do without. Fortunately, there's a really good mix of quests in Western Gondor. There's some combat, some exploration, some RP with lots of dialogue, a little bit of everything, and paced well so that you're not doing all the same stuff back-to-back. Like Wildermore, Gondor is largely daisy-chained - quests from town A lead to town B, and town B has nothing for you until you finish town A. Some will surely complain that this is so linear and "on-rails," but it works well enough as a device for delivering a new story arc. 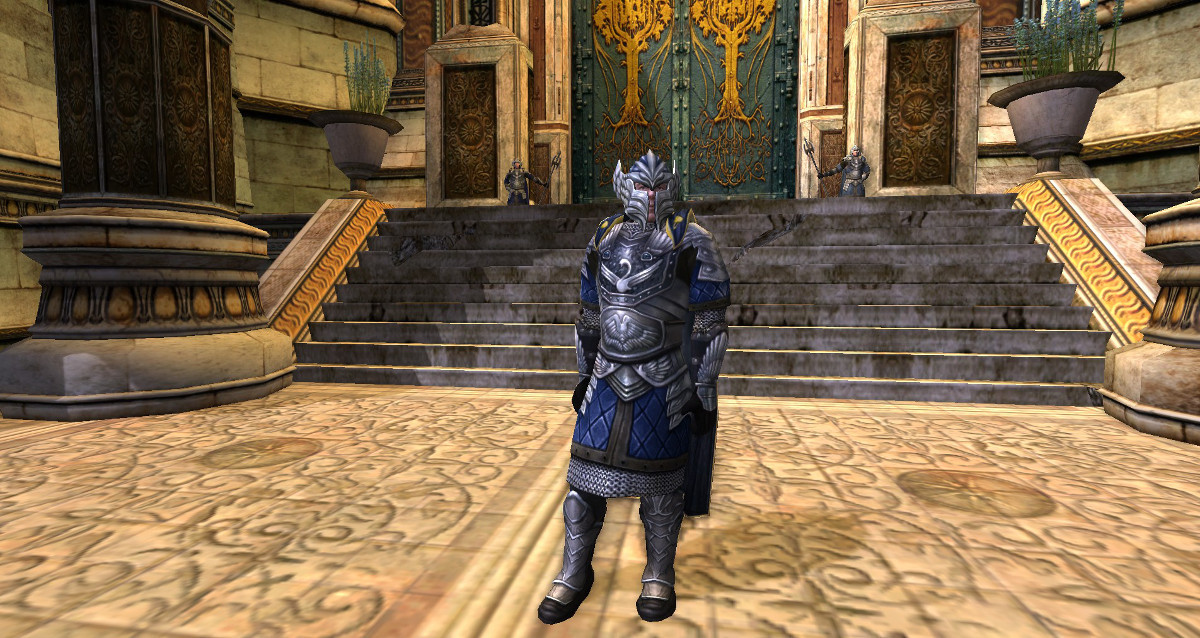 Unfortunately, this system is not without its own set of drawbacks. It's a similar situation to the launch of Rise of Isengard: there are over 130 new quests and a new 12-chapter epic book, but, without XP boosters, this isn't enough content to push a character all the way through the additional levels. If you're a hardcore quester without much interest in running the same old skirmishes and instances you've been running for the past 4 or 5 years, it means you're going to have to spend money on boosts or run content you don't particularly enjoy. There's a fellow in my kinship who generally hits level cap well before any of our other kinsmen, and when I teased him that he was not yet level 100 on day 2, he grumbled that he had blasted through every quest he could find and it was only enough to get him to 98 without boosters. He had to make up the remaining 2 levels with skirmishes. That's quite a lot.

The folks who supplement questing XP with skirmishes, instances and raids already will not likely have this problem. Or there are people like the one fellow on Arkenstone, who bounced from 95 to 100 on day 1 by running Sword Halls over and over and over again at level 100, and doing nothing else. I find the thought of doing that to be a bit mind-numbing, but to each his own.

Update 14 is definitely good, but does need some polish yet. There's a whole slew of content waiting at level 100, but not enough new content on the way to 100 to close that gap. Turbine might need to consider doing a quest XP rebalance like they did with Rise of Isengard content. Or they could add new skirmishes and instances - despite Turbine's questionable interpretation of data which suggests that only 10% of LotRO players run instances or raids, I can't think of anyone who wouldn't welcome some new instanced group content. The old stuff is getting stale. 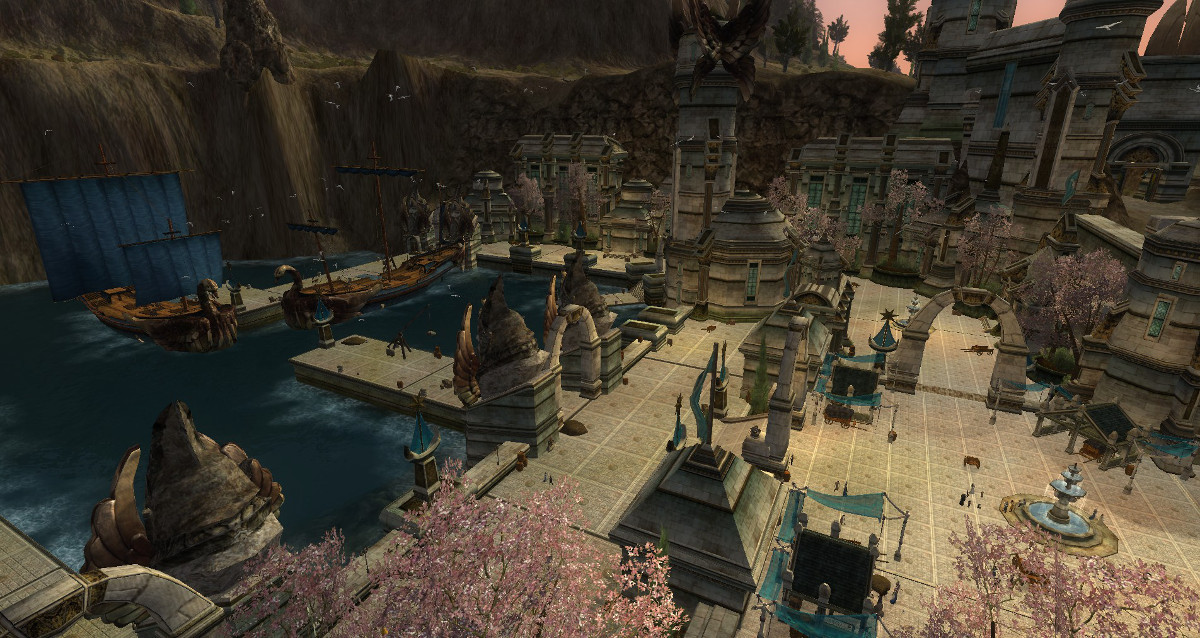 I'd personally also like to see the skirmish camp vendors - besides the LI guy - return to a state of relevance. There's not much reason to talk to any of the vendors at level 95, and even less reason to talk to them at level 100. Aside from 2nd Age symbols and upgrade scrolls, there's not really anything to work for there. It would be nice to see quality armor sold by the armor merchants, or new/upgraded "classic" sets at the classic vendor, even if that stuff is super-expensive.

I'm still enjoying the update, though, and it's a comforting thought to know that after my 6 years of playing this game, Turbine still keeps it interesting and keeps adding cool new things. I'm still finding lots to love in LotRO, and even though I haven't been playing it as much lately as I used to, it still feels like home. But with a new kitted-up dune buggy in the garage, and a larger TV than the one I remember having before. The population is definitely smaller now, but the community feels more tightly-knit.

And I'm eager for what's still in store this year. According to Aaron Campbell's producer's letter, we're still getting loads of major new content this year, including the first new character class in 5 years with Update 15. LotRO may be getting up there in years, but it's still got plenty of gas left in the tank.