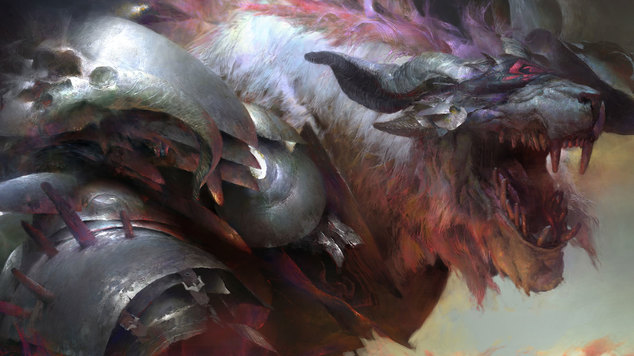 There's a lot of new information that has just been released about Heart Of Thorns and in a very short space of time ArenaNet wizzed through a lot of the additions that the expansion pack would bring. Here we bring together a list of the Frequently Asked Questions. You can view all our additional Content Coverage, here.

What is Heart Of Thorns?

Heart Of Thorns is the first expansion pack from ArenaNet. It follows on from Episode 8 of the Living World story and will see players travel deep into the Maguuma Jungle.

How much does it cost?

We don't yet know what Heart Of Thorns will cost, though we expect that it'll be around the cost of a standard boxed expansion pack: $50.00.

When will it be released?

We don't yet know when Heart Of Thorns will be released, though it's expected to arrive sometime in the second quarter based on previously leaked financial projections. There is expected to be a Beta period. PAX East and Rezzed will be the first events where you can play it.

Do I have to own Guild Wars 2 to play it?

Yes you have to own Guild Wars 2 to play Heart Of Thorns. Guild Wars 2 currently $9.99 from the official website, until January 26!

Can I Buy Heart of thorns with Gems?

How tightly will Heart Of Thorns content be sealed off from players who have not purchased it?

We do not yet know how ArenaNet will gate the Heart Of Thorns content from those who have not bought the expansion pack. I expect that the new class, Heart of Maguuma, Masteries and Specialisations will be locked. However, there's every chance the new structured PvP game mode and Borderland will be available to everyone. We will have to wait and see.

What are the main features?

The new main features of Heart Of Thorns are:

Will the level cap be raised?

The level cap in Heart Of Thorns will not be raised. The maximum level is still 80.

Will I need new items?

There will be new items in Heart Of Thorns but Ascended and Legendary are still the highest tiers.

Masteries in Heart Of Thorns are Account based PvE progression that are available to level 80's. The one example we had was to improve your Hangliding ability or to learn a new language to allow you to explore and unlock new locations.

What are Mastery Points?

Masterty Points in Heart Of Thorns are acquired by playing the game and completing content in the Heart Of Maguuma. The more things you accomplish and complete the more points you'll acquire. You can then spend these points on unlocking skills and improving your character.

Specializations in Heart Of Thorns is a system that allows each profession to master a new specialization, to grow it into a secondary profession. For example, Ranger's will be able to learn and master the abilities of the Druid in the jungle. They'll be able to grow themselves to become a Druid. When they become a Druid they'll unlock a whole new set of skills and weapon sets.

Will these affect my class?

Specializations in Heart Of Thorns will affect classes. We don't yet know if a Specialization is permanent, but I'd assume it would be. It's a choice you will no doubt have to make.

Do I have to Specialize into a different class?

We don't yet know if you have to Specialize in Heart Of Thorns. However, I suspect ArenaNet will provide you the opportunity to not Specialise if you didn't wish to change class.

Will there be new class skills?

Will Heart Of Thorns Add New weapons for each class?

Heart Of Thorns will add one new weapon set per class, once they have Specialised. The Mesmer will unlock the Shield, the Ranger a Staff and the Engineer a Hammer. We do not yet know the other classes additional weaponsets.

Is there a new class?

Heart Of Thorns will provide a new class called the Revenant. They'll have the ability to channel and control the powers of the Mists. It's a heavy armored profession that can channel their abilities into their weapon and/or Heal/Elite skills. Revenant's channels great Legends from Guild Wars' past. As an example, King Jalis Iron Hammer, the Iron Dwarf, can be channeled by the Revenant. Demon Malix is also available as a Legend that can channel and control conditions to defeat enemies.

Will we get a new character slot in heart of thorns?

Is there a new race in heart of thorns?

ArenaNet have not yet revealed if Heart Of Thorns will have a new race.

Are there mounts in heart of thorns?

Heart Of Thorns will have Mounts. It has been confirmed that you can hang glide in the Heart of Maguuma. As to how far or how freely we don't yet know. We'll find out more in the coming months.

What new zones are there in heart of thorns?

So far there's only one new zone confirmed, the Heart of Maguuma. However, this has three layers and from the trailer it looks enormous.

how big are the zones in Heart of Thorns

We don't yet know how big the zones are in Heart Of Thorns, however there is every expectation that they will be significant in size across multiple layers.

Will Heart Of Thorns add Raids?

We do not know if Heart Of Thorns will add Raids, however the official Trailer and Colin Johanson state that it will provide the most challenging group content to date, including huge bosses. ArenaNet have also, some time ago, hired a specific AI Engineer with the intention of making these encounters incredibly challenging.

Will Heart Of Thorns Add New Dungeons or fractals?

There was no mention in the reveal or feature list that Heart Of Thorns would add a new Dungeon or Fractal.

Is there a new WvW map IN HEART OF THORNS?

Heart Of Thorns contains a new World versus World map. The new WvW Borderland has a variety of elemental themes and will add a greater focus on holding and keeping objectives for a long period. Doing this will provide server wide buffs.

Is there a new PvP map or mode?

Heart Of Thorns has a new PvP map and mode called Stronghold. As an evolution of Guild versus Guild, you fight for Supply and spend it to hire troops before Assaulting the Stronghold to kill the opposition Guild Lord. You find help from Heroes along the way.

What are Guild Halls?

Guild Halls in Heart Of Thorns are where players will work with fellow guild members to claim and grow their own guild hall in the Heart of Maguuma. These will be instanced locations that act as a hub for all members of the Guild. Guild Halls are a place to gather, organise, host events, build and progress the Guild and progress.

Do I have to be in a big guild to use Guild Halls?

ArenaNet have not yet stated how big your Guild will have to be to benefit from Guild Halls, but they have said they're trying to ensure Guild Halls can be used by as many people as possible.