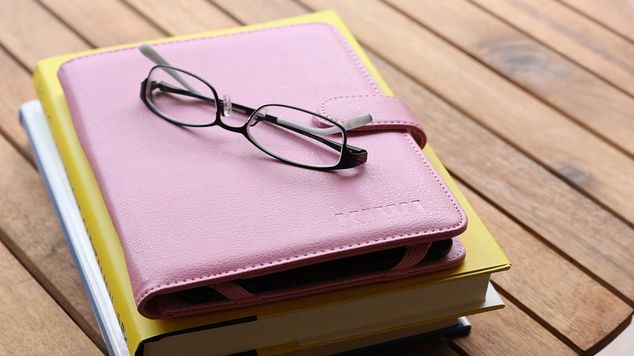 It's Hard to Write Interactive Dialog - Dragon Con 2015 Video Game Storytelling Panel
A phrase caught the ears of Team Hammer at Dragon Con 2015, in which it was said "It's hard to write interactiv

The Storytelling Panel at Dragon Con 2015 had some all-stars from BioWare, Origin, CIG, and even Felicia Day. One of the interesting statements made was that “it’s hard to write interactive dialog.” I’m not specifically sure who said it, but, it’s something that really struck hard with me because it’s very much true. I was recently sitting down reading Gravity’s Rainbow, an excellent piece of fiction, but it’s not nearly the same as an epic story told through a video game.

In the panel, there were a lot of discussion around the idea that novel writing and video game writing is two different species. People go to school to learn how to write great novels, but that doesn’t translate into interactive dialog and telling stories through text and dialog trees. You can write an amazing manuscript, but that won’t work when you put a player in a choose your own adventure setting, where their attention span may only be one or two sentences at a time, max, and every dialog sequence in which players make a choice, modifies the story greatly.

I think I want to sort of pontificate on this idea of how true it is. A good book, like Wheel of Time, is an experience that is translated directly from text to your imagination. Television, plays, etc. engages your eyes, imaging the text for you, acting out all of the details. A video game though, is a mixture of the two. You’re the hero, or anti-hero, or Murloc or whatever you want to be. You’re controlling their actions, making their choices, and the story isn’t told linearly, especially in modern gaming where even if there is a linear story, there are often additional components that you could or could not find out about.

Take Fallout 3/New Vegas for instance. There not only is the main story, but tons of additional side quests. Depending on who you talk to, who lives, who dies, and how everything plays out, you could end up with a completely different second half of the game than someone else. It all has to be satisfying, and it all has to align to your choices. If you make the choice to obliterate a faction, then later in the game the consequence of that has to align with so very much.

Let’s use a fictional example. Let’s say that the character decides to destroy the Cookie Monster Crew in the name of Elmo’s Crusaders, the story now diverts. The Cookie Monster Crew is no longer anywhere where they would be later in the game. Now, the story divulges. You have in many games 10 to 50 to 100s of these choices, and then if it’s an MMO, add in the fact you have to consider people playing with each other and the need to allow everyone to quest together.

This can be not only complicated, but requires a different kind of thought cycle on the writing side. If you let the Cookie Monster Crew fade into obscurity, then the cookie factory will either shut down or need someone else to run it (these could even be the choice of the player). Cookie production, where the cookies go later in the game, and the consequences can quickly stack, as this repeats over and over. Considering the Fallout Wiki is primarily dedicated to if, what, when, where, why of where NPCs are.

I think that it’s something we should pay attention to – not only in colleges that are putting more and more video game courses together, but also the appreciation of a good modern game story that blends all of the players choices into a cohesive story that engages and immerses you, without any seams (like Mass Effect, Fallout, etc.).

There is so much to talk about in regards to game story making, but I just want to highlight the point that telling an interactive story is hard – not to devalue the difficulty in other narratives, but to highlight how non-traditional branching storylines are. Choose your adventure books are a great example, but the fidelity of a choose your own adventure book is quickly decreasing as game stories branch out more and player choices mean even more.

It even impacts modern MMOs. Both The Elder Scrolls Online and Star Wars: The Old Republic have storylines that modify by your choices. SWTOR not as much as TESO, but still there is a lot of choice involved and a lot of different branching storylines. It’s so desirable that players constantly ask it of every new MMO, Star Citizen’s Squadron 42 will have branching storylines (as far as I know) and even Shroud of the Avatar focuses a lot on making the story immersive and giving players choice in who they interact with.

I think it’s not only a very interesting point, but again something we should all look at, appreciate, and is something any video game story writer should consider when trying to break into the industry, the specific difference between novels, manuscripts, and then say writing for a BioWare game.