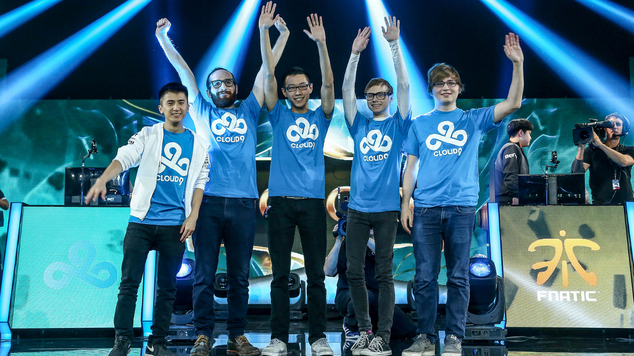 Lessons to be Learned from Cloud9's Worlds Performance
Cloud9 has taught everyone a valuable lesson about how to win games in League of Legends, and it applies to sol

Going into the League of Legends Season 5 World Championships, expectations were quite low for North America’s #3 seed, Cloud9. After finishing the NA LCS Summer Split in 7th place, only a miraculous run through the gauntlet, winning best of 5 matches against Gravity, Team Impulse, and Team Liquid, secured a Worlds spot for C9. It was almost unanimously accepted that they would be one of the weakest teams in the tournament.

Then, in the first game they played at Worlds, Cloud9 defeated ahq eSports Club. More accurately, Cloud9 steamrolled ahq. In just under 24 minutes, ahq’s Nexus had fallen, leaving them (and most spectators) stunned. Following that, C9 took down China’s Invictus Gaming in their next match, then shocked the world by claiming victory against European powerhouse Fnatic in the last game of week 1. How did Cloud9, who most expected would struggle just to find one or two wins in the group stage, end the first week on top of Group B?

One of the answers is obviously the legendary shot-calling of Hai, but that’s not the main focus of this article. We’re going to start by looking at champion picks, specifically those in the AD Carry and mid lane roles. Sneaky played Tristana in all three games, while Incarnati0n played Veigar, then Azir twice (with Veigar being banned by their opponents.) The strategy here was simple: push waves quickly, get a tower, rotate to another lane and do the same thing. If this sounds like it’s pretty basic, that’s because it is. However, here’s the kicker: most players in solo queue, especially at low elo, don’t play this way at all. 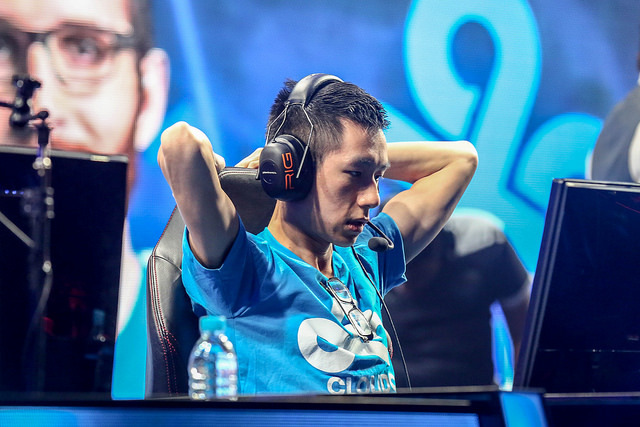 Chances are you won't have this guy shot-calling for you

That, my friends, is what I really want to focus on here. Solo queue is well-known to be fairly chaotic, and that’s to be expected when you’re playing with strangers, usually with little to no effective communication. However, that doesn’t mean that there isn’t a valuable lesson to be learned from C9’s unexpected success. There is, and you can absolutely use it in your own games. That lesson is comprised of two different points, but they are intertwined. The first point is that until the end of the game, just fighting the enemy team does not guarantee victory, even if you’re ahead. The second point is an objective focused game is much more likely to lead to a win than just trying to scrap all the time.

Perhaps the best example of this was found in Cloud9’s game against Fnatic. Fnatic drafted a wombo-combo team composition that just wanted to fight at every opportunity. Rather than just brawl whenever they saw Fnatic and take their chances, C9 actively avoided team fighting whenever possible, unless they knew they had an advantage. Instead, they relied on wave management and quickly pushing down towers to get their gold, while slowly but steadily marching toward the enemy base.

Why is it, especially at low elo, all players seem to want to do is fight each other? The answer will differ from player to player, but for the most part, it comes down to two things: not understanding how to control objectives, and trying to feed their own ego.

I’m not going to explain everything that goes into objective control, as doing so would be an entire article in its own right. Instead, I’ll suggest you do some research on things like effective vision control and creep wave management. Chances are, once you’re informed on the subject, you’ll be the only player in your next ranked game who understands the concepts, and you can use that to your advantage. If you’re able to get a side lane slow-pushing, while you’re applying a ton of siege pressure in mid lane, it forces your opponents into a lose-lose scenario. If they go to deal with the massive creep wave threatening their inner turret in bottom lane, your team can fight 5v4 in the mid lane. If they don’t, they risk losing a tower without gaining anything in return. When you can apply that much pressure on the other team, you’re in a position to win, and you can do it without even requiring much from your own teammates in the way of cooperation.

Take a look at this example from Cloud9's game against Fnatic. They don't want to fight, yet through the power of lane pressure are able to get Fnatic off the Dragon, take down a tower, and ultimately claim the Dragon for themselves.

Whether they want to admit or not, a lot of players enjoy playing competitive games to prove that they’re better than other people. It’s why BM occurs, it’s why people flame their own teammates…it’s why people do a lot of dumb things. For a lot of players, just simply winning a game isn’t good enough. A lot of us have had experiences where the game is going very well, victory looks like it should come easily, but one player is complaining and threatening to go AFK because the jungler isn’t ganking their lane. Why would someone quit playing a ranked game when their team is massively ahead? Because they weren’t the reason their team was winning, therefore the game is not serving the desired purpose.

While I won’t delve too deeply into all of the psychological factors that go into this, the fact is that even if they don’t take things quite that far, a lot of players look for self-gratification when playing. They want to prove their own self-worth, by destroying the competition. This is often what leads to the “fight all the time and nothing else” mentality. By killing their opponents, they’ve proven something to themselves. They feel better, because they’ve shown how much more talented they are than everyone else. It doesn’t even matter if they lose; they can simply blame their bad teammates, Riot’s poor matchmaking, etc. Excuses aren’t made by players trying to win, they’re made by players who define winning by their KDA, not by the end-game result.

So, what does all of this mean? It means that your opponents in solo queue are absolutely exploitable. If you focus heavily on creep management, and objective control, while avoiding unnecessary fights, you’ll have a huge edge over your competition. You’ll be pressuring your opponents in ways they’re not used to, and the majority won’t know how to react. As long as you communicate your plan to your team so they know what to expect, you’ll be forcing the other team into an unfamiliar and uncomfortable situation.

Of course, there’s only so much you can do as one player, and even utilizing these strategies, you won’t have a 100% win rate. With that said, understanding the objective game on a higher level than your opponents will give you a huge advantage. With enough time and practice, choosing champions that will enable this strategy will cause you to see a jump in not only your win rate, but your overall game knowledge and appreciation for the small things that make League of Legends an intricate and excellent game.