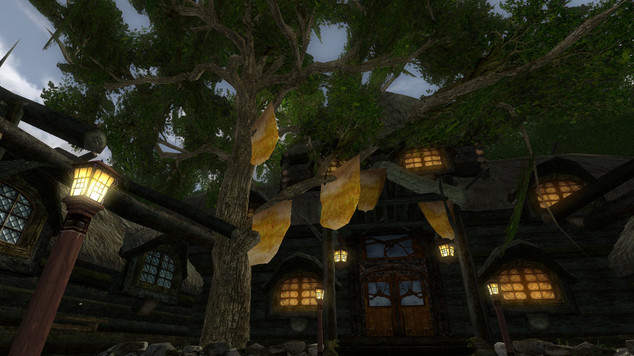 LotRO's Update 15 Dev Tour
We get a demo of Update 15's buccaneers, big battles and bears.

The Lord of the Rings Online is slated to launch Update 15: Gondor Aflame on November 5, and it's not going to be your average content update.

The team has decided to take a break from the "paid expansion" model - at least for the time being - and is instead focusing on delivering quarterly content updates in the future. This new model came into effect this year, but not quite early enough to get four actual updates out. Update 15 will be the third and final installment for 2014.

It should go without saying that the team intends to carry the epic story forward. Update 15 takes the players into Central Gondor, from Ringlo Vale to the ports of Pelargir, as the players help the Gondorians fend off the continued attacks from the Corsairs of Umbar and the orcs streaming in out of Mordor in ever-greater numbers.

"The epic story, where we left off last time, we got into Western Gondor," says Jeff Libby, Senior Content Designer, "and ended up at Dol Amroth where the Corsairs of Umbar have made landfall. They are burning and pillaging the coastline, and at the beginning of Book 2, which is coming out in this update, you will a diplomatic mission to negotiate with one of the leaders of the Corsair host. It results in a journey from Dol Amroth, through Central Gondor to the port city of Pelargir, which was once the capital of Gondor. But Pelargir is still an important port because that is where the Gondorian fleet is currently moored, and it is the only real resistance that the Corsairs need to worry about." 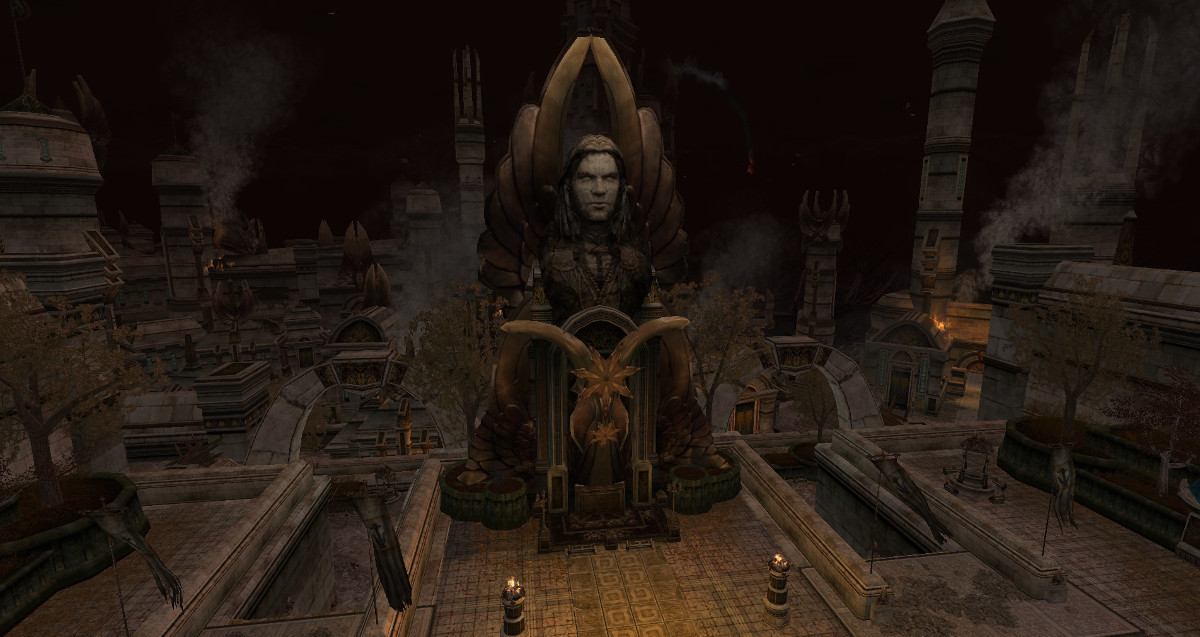 Sauron is starting to pull out all the stops in  Gondor, covering the land in shadow and creating the "Dawnless Day" in an attempt to demoralize his foes. And it seems to be working, because the people of Ethring are frightened and defensive.

"This is daytime," Jeff Libby says, referring to the perma-dark town, "because the Dawnless Day has come. This is a work of Sauron - Mount Doom has belched forth shadow that now covers the skies. This is Sauron's ploy to ease the passage of his armies and to instill fear into the hearts of men. As a result, the people of Central Gondor are terrified. Not only is it as if the sun didn't come out this morning, but this is also allowing the orcs from the White Mountains to emerge and wreak havoc. This is an unhappy place to be right now thanks to Sauron." 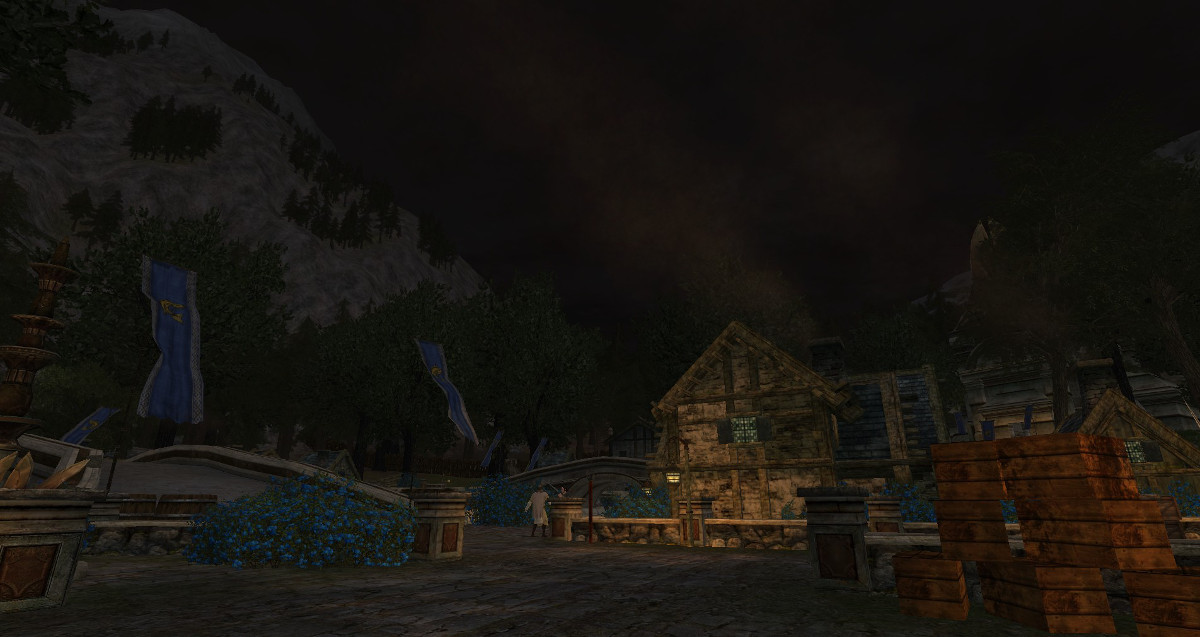 The players also learn what befell Aragorn in the Paths of the Dead, with his fate clearly spelled out in the new Epic Battle in Pelargir. This is the first Epic Battle that takes place outside of Helm's Deep, and tasks the player with aiding that dynamic duo Elrohir and Elladan, with the defense of Pelargir against the invading corsairs. Before you groan too loudly, I should point out that Elrond's sons are a lot less idiotic and useless in the Big Battle than they have been previously in scripted story instances and skirmishes. Don't expect miracles or anything - they're still scripted, AI-controlled NPCs, but the Big Battle NPCs seem to be a lot smarter and sturdier than the twin morons of the Fords of Bruinen skirmish, and they don't fight as a team in this one. 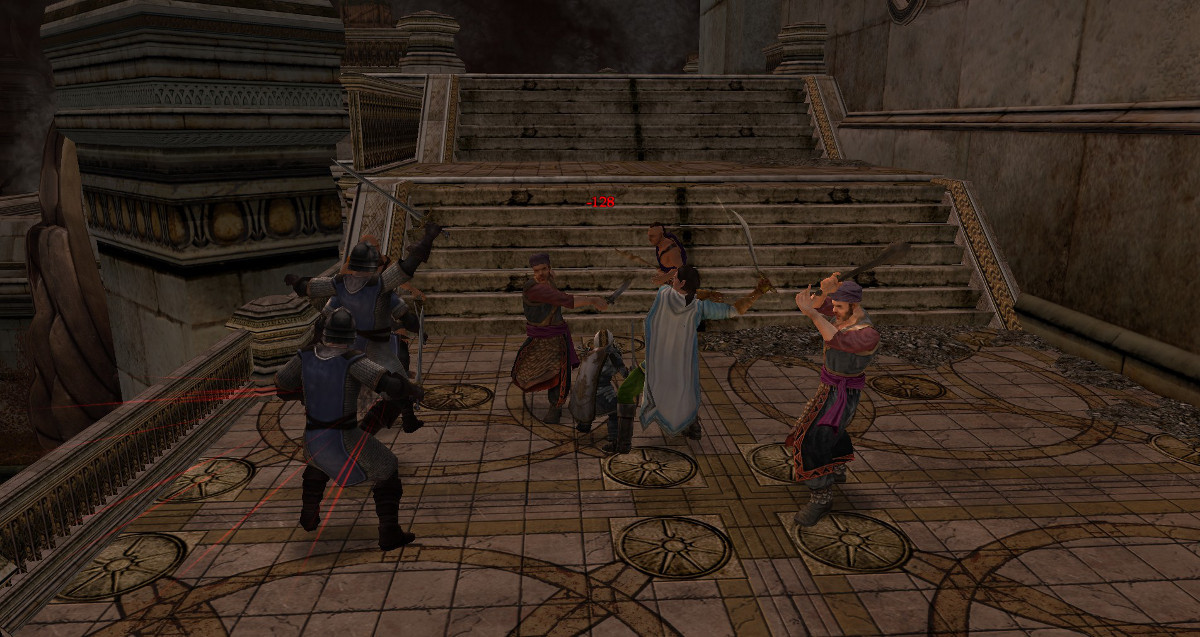 This addition to the Epic Battles system brings a few system-wide changes with it as well. While the Helm's Deep epic battles were all entirely defensive in nature, the battle in Pelargir takes a different turn.

"What we have done here is we have taken the Epic Battles technology and turned it into an offensive battle. For those of our players who are familiar with our Skirmish system, this Epic Battle resembles the offensive skirimishes. The defenders that are traveling with the player are waiting for the player to move forward - this is a completely player-driven battle.

"The premise is that Aragorn has his host, complete with the army of the dead, and they want to make a proper entrance into the city so they can confront the Corsair host. They send a small team ahead of them, the city guards know how to sneak in, and your first objective is to make your way up to open the main gate and let them through. You'll continue playing a sort of covert ops crew to assist Aragorn's main force in getting there. We chose this because it puts you firmly in the offensive action and gives you a clear and interesting role in the story that we can tie around the main important story." 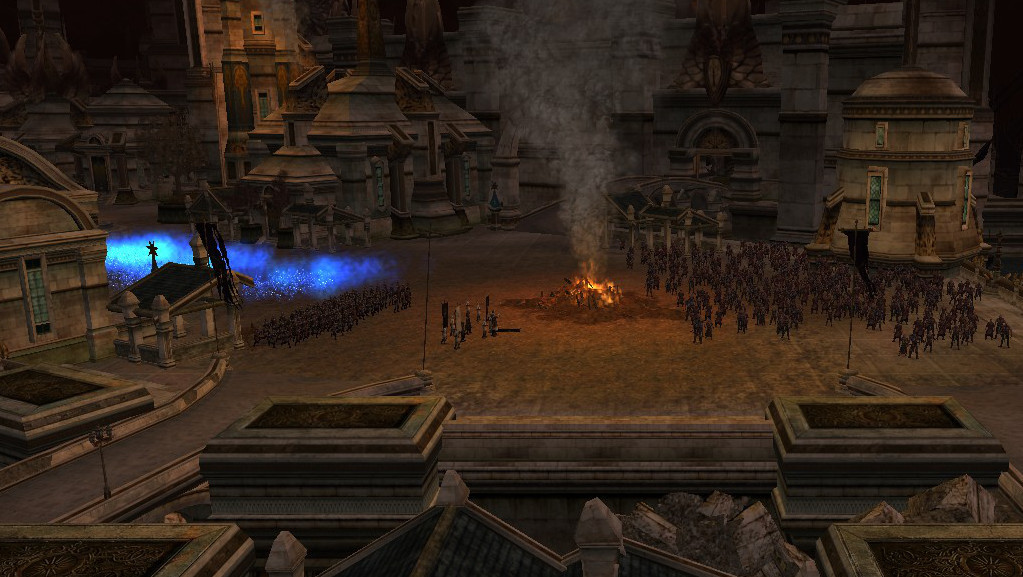 In addition to adding the new type of Epic Battle, they have tweaked the rewards for the old ones.

"In the original version of the battles, when you completed the battle we gave you some pretty shiny battle-related jewelery, but it was sort of a go-fish draw, and we got clear feedback that players wanted a little more control. So we've taken that feedback and we've created a barter system. Completing battles gives you Stars of Merit, which you can then save up and barter for the things that you want. And because we wanted to give you a sort of 'I got something cool!' moment, we are also dropping little prize boxes in your inventory whenever you complete a secondary objective. And this stuff is  by and large retrofitted into the Helm's Deep battles as well."

"We've created a new class of enemy called Epic Foes. The idea is to draw on that classic feeling from the general Tolkien book and movie lore of a paragon enemy who's got you in his sights. So the way the Big Battles classes work is you can choose to fight the enemy directly or you can play a commander or you can worry yourself about siege equipment and grappling hooks, but when one of the Epic Foes comes onto the stage, you really have to turn around and fight them. We're pleased with the way that it generates a sense of real direct and immediate engagement, and gives you a fun, classic stake in the battle, also allowing you to use your own class directly in the battle more than the Big Battle class." 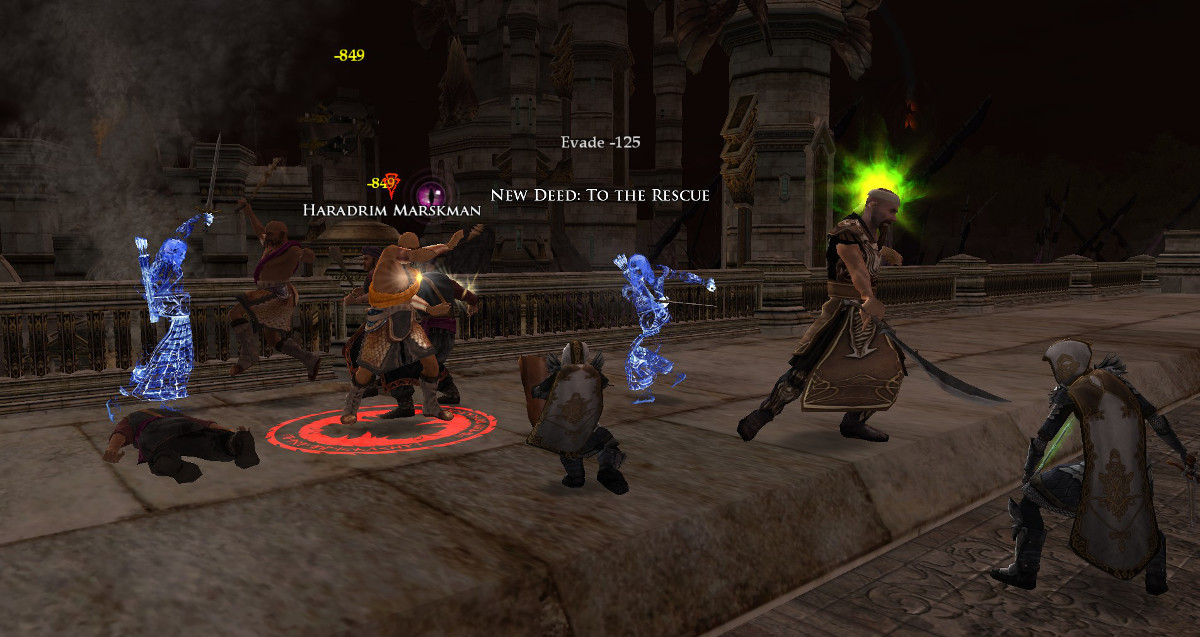 The Pelargir battle will come initially only as a solo/duo version, but the team anticipates expanding it into a fellowship battle as well in the near future.

All of this is nice and everything, but the big news of Update 15 is the addition of the Beorning.

In "The Hobbit," Beorn is a skin-changer who saves Thorin and company's bacon, and who later tears through the Battle of Five Armies in full-on bear mode. He is but one of a distinct race of people, descended from the Rohirrim, who 70 years later later took on the name "Beorning" in his honor. These mighty people are mentioned a few times in the Lord of the Rings books, though they are never encountered directly in the story.

The Beorning are few and are all related to one another, and all live in the Vale of Anduin in Beorn's old house with his son, Grimbeorn. This is where the story for new Beornings starts, as goblins enter the vale and disturb their honey-filled peaceful existence. Grimbeorn sends just one of his kin out into the wider world to spread the word of this invasion. According to the story, anyway - in reality, there will be many players rolling Beornings. 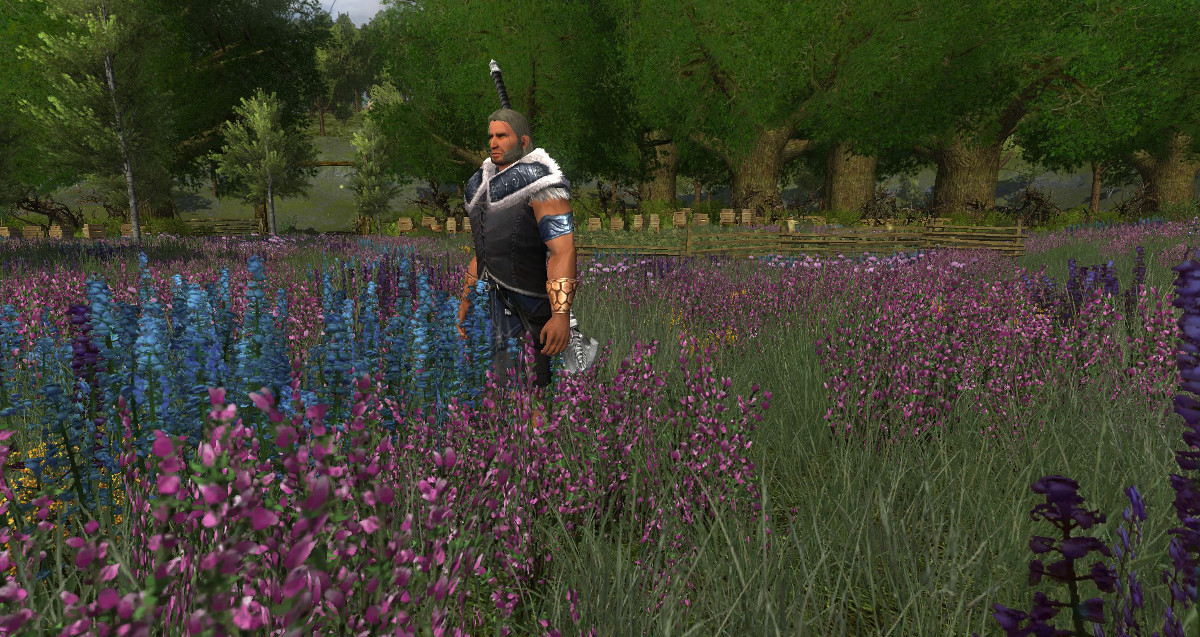 The Beorning in the game is both a class and a race. Beornings can only be Beornings. No other race can be the Beorning class, and the Beorning race can be no other class. The Beorning is a premium race/class, and must be unlocked through the LotRO Store. On Bullroarer, the unlock costs 1000 TP, but this is subject to change by the time Update 15 goes live. Expect it to be expensive, and start saving your TP for it if you wish to play one.

As a premium class, they're quite capable. The most obvious feature of the class is its ability to change from a big, burly humanoid into a big, burly bear. This transition requires the character to build up a new combat resource, Wrath, which is used instead of Power. 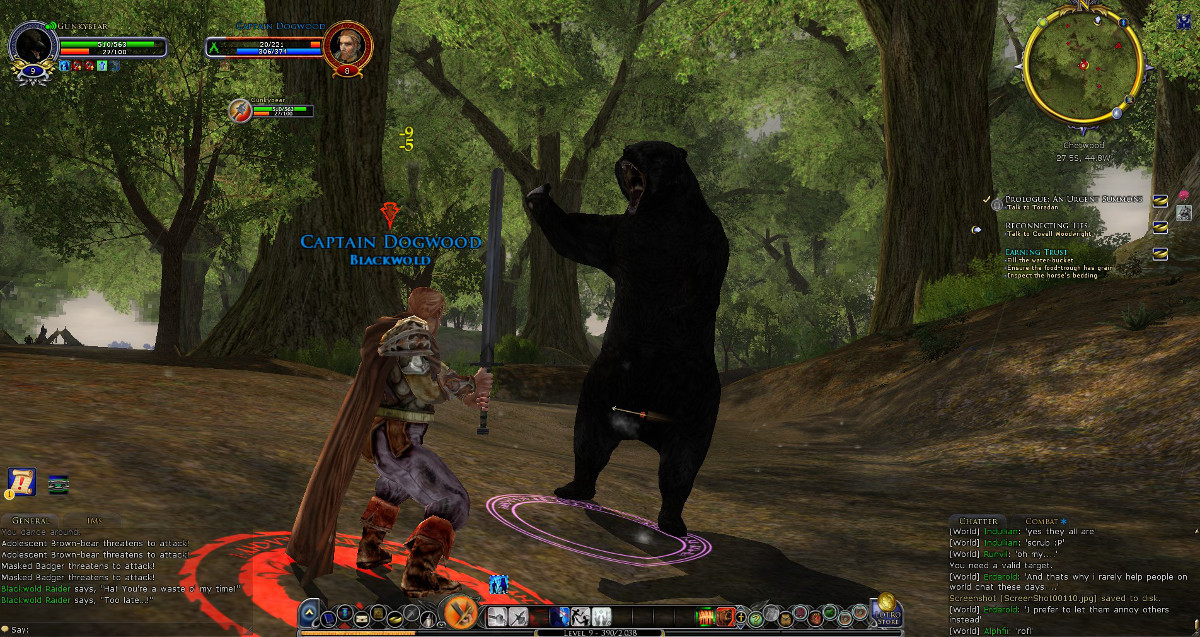 Wrath is built by using human attacks and by taking damage, and slowly drains away while out of combat. When enough Wrath is built up, the character can switch to bear form and do bear attacks, which consume Wrath. When the Wrath meter empties, the character reverts to human form. Wrath can also be spent on certain human-form abilities. At very low levels, this includes a nice heal-over-time which can be used as a self-heal or to help an ally.

The three trait lines available to the Beorning expand on this flexibility. There's a blue "tanking" line, a red "damage" line, and a yellow "healing and support" line. Theoretically, this means a Beorning can fill any "holy trinity" group role, similar to the Captain but with a very different play-style and flavor. 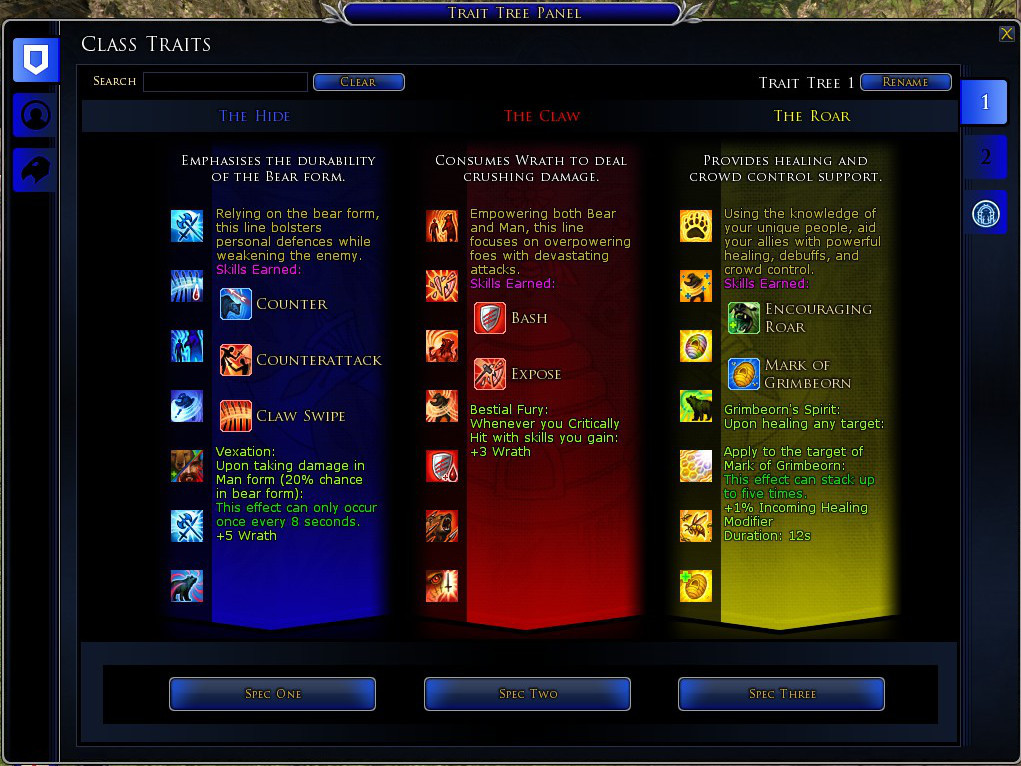 "The first line is The Hide, which is the tanking line. This line is based around staying in bear form as long as possible through Wrath generation to soak damage and debuff your enemies. It has some area-of-effect capabilities, it has some self-healing, damage reduction, that sort of stuff.

"The second line is The Claw, which is the damage line, and this is all about utilizing your Wrath to the fullest to deal the most damage. You primarily deal sustained damage and damage-over-time through some of your skills, and when you activate bear form, that's kind of when you unleash your burst damage upon your enemies.

"The third line is The Roar, which is kind of the healer/support line. This one is unique from the other ones because it has a 'mark' mechanic - an offensive mark and a defensive mark. What these marks do is they alter your offensive and defensive skills in interesting ways. For example, Bee Swarm, where you summon bees - if you have the Mark of Beorn on a target, instead of affecting just a single target, it will affect a large group of enemies. And you have a skill called Hearten, which is a heal-over-time, and if you have the Mark of Grimbeorn on that target, you refund the Wrath cost which allows you to get more heals off." 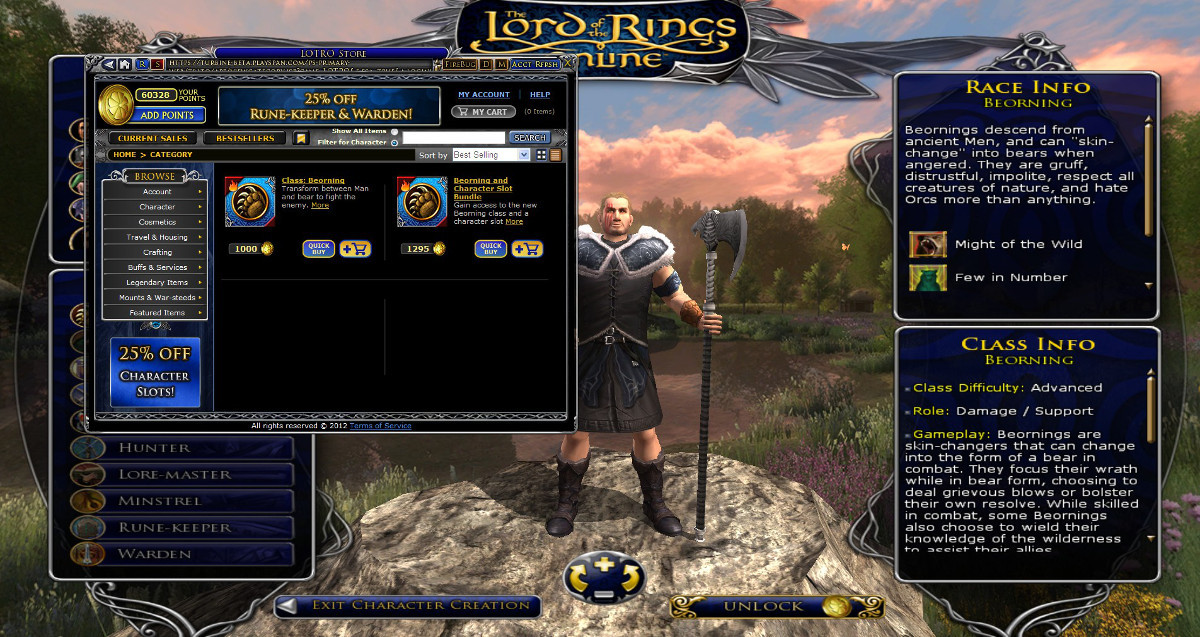 I plan on fully immersing myself into the whole Beorning thing once the class goes live, so watch for more information about this in November. I have the Turbine Points banked and ready to burn, and Gunkybear will be rolling through Middle-earth on November 5. If you want a sneak preview of the new stuff, it's in open beta on Bullroarer.

Looking forward to bear-tanking in Bree-land? Let us know in the comments!