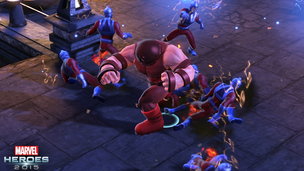 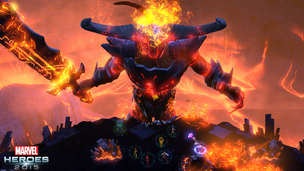 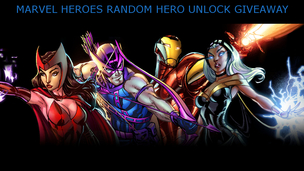 I'm a lifelong comic book fan, and even owned a comic book shop for a time. The first title I seriously collected was Alpha Flight, the red-headed stepchild to the X-Men. I've always enjoyed the Marvel universe and its characters, so I leapt at the chance to take early part in the closed beta of Gazillion Entertainment's upcoming Marvel Heroes MMO. After donning my superhero tights, I jumped into the action.

Marvel Heroes MMO is a free-to-play action MMO that blends the gameplay of Diablo with the locations and heroes of the Marvel Universe. This should come as no surprise, since the man behind the game is David Brevik, the person responsible for Diablo and Diablo 2 (as well as for many a gamer's missed nights of sleep). In Marvel Heroes, you play as a specific Marvel hero, such as Wolverine or Iron Man. If you wish to play additional heroes in the future, you'll need to purchase them from the cash shop.

Please note that the Marvel Heroes MMO is in closed beta, and some of the first impressions I'll be reporting on here are going to be subject to fine tuning and possibly even drastic change before the game's official launch. Because of the closed beta status Marvel Heroes, I only had a few heroes to choose from when I began my play session. I selected the Punisher--who doesn't want to bring righteous retribution to the wicked? Starting in Avengers Tower, I was immediately summoned to help with an attack upon SHIELD.

Right off the bat, I noticed that the controls and look in Marvel Heroes are not your typical MMO style, but are definitely geared towards the Diablo crowd. Rather than the standard WASD movement controls, you'll be using click-to-move. Your basic attack, which you use when you hover over an enemy, is automatically slotted to your left mouse button. The other hotbar buttons are A,S,D,F,G,H, and the right mouse button. H is automatically slotted for med kits, but can be changed if you wish.

The viewpoint isn't your typical first or third person, but rather the isometric view associated with Diablo-style games. As you move around, structures will disappear so you can fully see your surroundings and fill back in as you move along. If a bad guy is just around a corner, you'll see his outline in red.

Combat is easy. When enemies appear, you'll use your mouse buttons or hit one of the hotbar keys to use a power. Your hero has the requisite health meter as well as a spirit meter. Using a power requires spirit, and once you're empty you'll have to wait for it to regenerate. If you want to stand still and use your power, hold down your Shift key. Since the majority of my attacks as the Punisher were ranged, I preferred to stand still and blow the bad guys away as they moved up towards me. If you die, you can respawn back at a waypoint or wait for another hero to come revive you.

When you defeat the bad guys, they tend to drop loot in the form of coin, powerups (for health, spirit, and xp), and gear. Gear is hero specific, so you won't be able to use gear designed for another hero. (The Punisher doesn't wear Iron Man's red body armor, after all.) Gear impacts your attack power and defense and could even grant use of a power. If you want to save an item for a different hero, you can put it in your bank (called a S.T.A.S.H.) back at Avengers Tower. All of your heroes share the same inventory, so be mindful of what you're carrying.

As you gain levels, you will unlock new powers for your hero. Each hero has an average of 2 or 3 different power trees to choose from. Each tree has a number of powers, with 5 seeming to be the norm. Once a power unlocks, you must spend a point to purchase the first rank, allowing you to use it. You can then drag it down to your hotbar to assign its position. Obviously,m as you purchase additional ranks, your power becomes more potent.

Every zone has a waypoint that unlocks when you walk on it. Once a waypoint is unlocked, you can instantly travel there from any other waypoint. Once I finished the introductory mission and defeated the Green Goblin, the action really took off as I continued the storyline into Hell's Kitchen, home of Daredevil and the Kingpin. Hell's Kitchen is a public combat zone, which means it's a sprawling randomized zone literally swarming with enemies, bosses, and side missions.

Marvel Heroes revolves around its Diablo-style combat and it really delivers. I had a blast mowing down evildoers. Most of the enemies you face will be the minion/henchman type and there are hordes of them. Villains serve as bosses, and they'll easily put a hurt upon you. I teamed up with another hero and it took multiple attempts on our part to take down Electro, who was lording around a park in Hell's Kitchen.

While I primarily used my basic attack (which I bumped up my ranks in) when facing one or two opponents, I would switch to my barrage attack or shotgun blast when facing a swarm of bad guys. If an opponent was tougher than normal, I would use my bazooka power to smite him. What makes combat even more fun is that many items are destructible, so you can shoot a car while an enemy is next to it and the explosion will take him out. If you want to feel bad ass, you can pick up the car and throw it at him. (I kept doing this while I was testing out The Thing.)

If you want lots of action, then Marvel Heroes should be up your alley. Here are two tidbits that got me pumped. While I was working my way through Hell's Kitchen, I noticed that a sewer cover was highlighted a bit. I clicked on it and I was suddenly ambushed by a swarm of ninjas from The Hand. At first, there were only four or so, but they kept coming and I kept plugging away, loving every second. Later on, deeper into the zone, I activated an action where an NPC popped up talking about whittling down The Hand. I soon realized I had to face down a horde of 100 ninjas. There was a literal counter going as wave after wave came at me, only to be gunned down by my brutal firepower. I felt like a Viking god of old surrounded by a sea of ninja bodies when the smoke cleared.

Your hero comes with a base appearance. If you want a different look, there are 2 to 3 options per character in the shop at the present time with more options likely for launch. You can swap between heroes at any time. Your missions are not character-centric, but rather account-centric. You can enter a zone as the Punisher, switch to the Hulk, and then switch back to the Punisher when you get to the entrance of an instance. However, each character levels independently.

All in all, I was impressed with what I saw in Marvel Heroes. While there are areas to be worked on (it's still closed beta), the gameplay is addictive and fun. You'll be constantly on the lookout for better gear for your hero, and the game has the potential for nonstop action. Who wouldn't love Diablo-style mayhem set within the Marvel Universe? As The Thing says, "It's clobberin' time!" 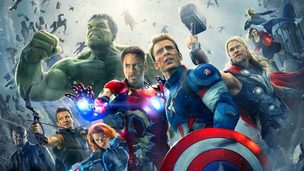 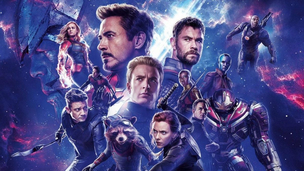