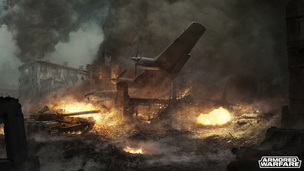 Armored Warfare, World of Tanks and How to Not Suck
Tank-combat enthusiasts rejoice. If you've been curious about the similarities and differences between AW and W
Preview
Armored Warfare 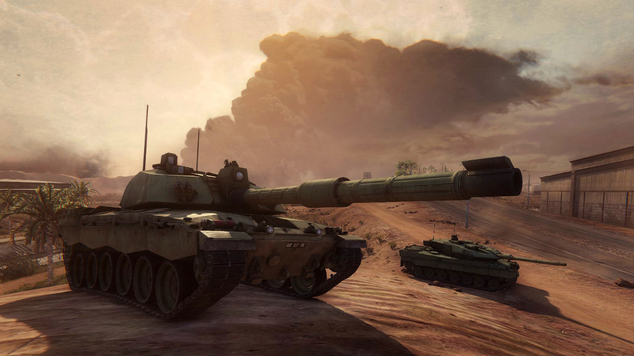 On the Front Lines in Armored Warfare at E3 2014

When our team met up with the folks from My.com during E3 2014 to check out a trio of titles being showcased in their meeting space, we thought we had a decent handle on what to expect. As it turns out, that couldn’t have been further from the truth.

The reality is that two of the titles in particular – Armored Warfare and Skyforge – ended up providing some of the best hands-on experiences of our overall time spent in the E3 trenches. We’ll be sharing our first hands-on impressions for both titles this week, beginning with Armored Warfare.

On the Front Lines in Armored Warfare

At first glance, Armored Warfare might come off as just another tank-based combat sim that’s rolled out in the wake of Wargaming’s runaway success with World of Tanks. However, the magic of Armored Warfare is that it is probably one of the first titles of its type to truly grab me and leave me with that warm fuzzy feeling I get when logging into a more traditional MMO for the first time.

When I discovered that Armored Warfare features group-based PvE missions, it gave me flashbacks to the initial reveal of Trion’s ill-fated End of Nations. Unlike the funky RPG RTS hybrid of the earlier versions of EoN, Armored Warfare felt perfectly natural using standard MMO controls. Developer Obsidian Entertainment has clearly leveraged its years of experience crafting memorable RPGs with Armored Warfare, and the game felt perfectly natural to pick up and play for the first time. It also doesn’t hurt that the graphics were top notch and the controls incredibly responsive.

For our demo time, our team of four tanks embarked on a capture and hold PvE mission that also had a somewhat straightforward secondary objective. The tanks that we deployed also had a certain analog to a proper MMOG group composition, minus the crowd control. 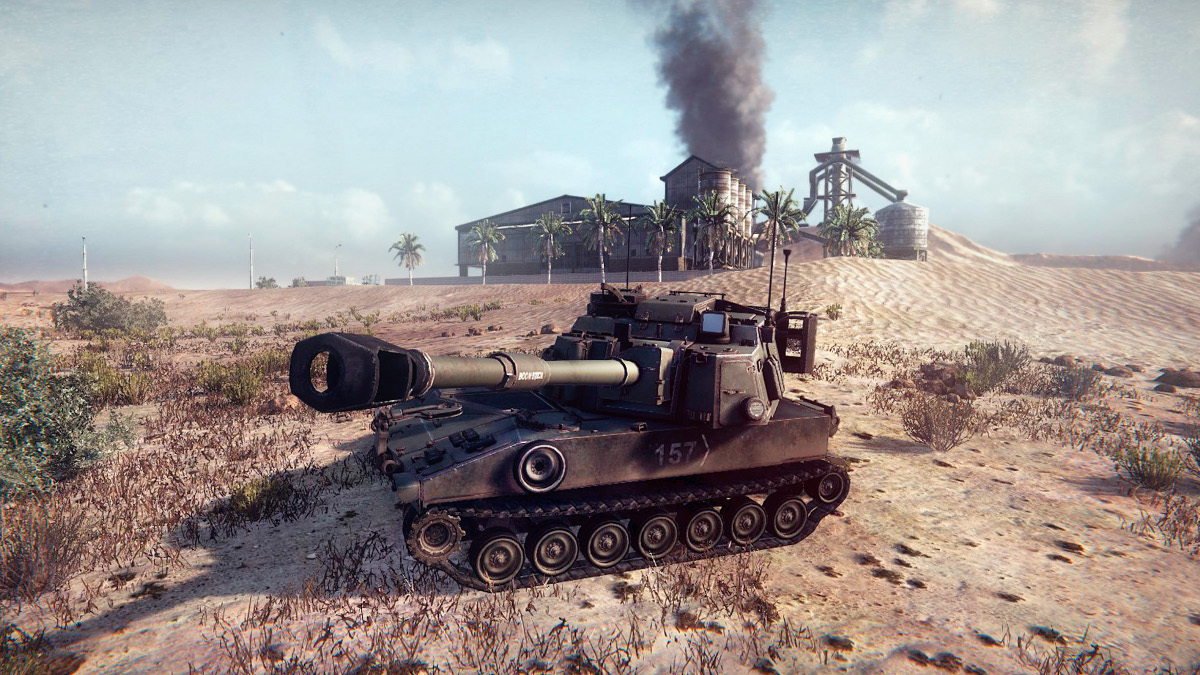 For my part, I was in a very light and fast Recon unit intended to scout and help locate targets for the much heavier but far more powerful Main Battle Tanks and Artillery units in our group. I was warned up front that I would need to constantly remain on the move because I had very little health and would likely get blown up if I took one or two direct hits.

That ended up suiting my typical MMO combat style like a glove since I naturally gravitate to casters who are squishy enough that they really can’t take a hit. Years of perfecting the art of kiting on my necromancer in the original EQ had certainly instilled that need to remain mobile in combat, and served me well in this scenario.

Having marked a few of the closer targets and assisted with our first enemy kill, I decided to make a bold run up a long straight shoot of railway tracks to hit our secondary objective. The goal was to destroy two particular cars carrying fuel from the refinery we were attempting to capture. The containers lit up with a couple of hits and the secondary objective didn’t seem to be too terribly difficult to get a lock on.

However, I made the near fatal error of remaining stationary a bit too long while attempting to get my bearings and determine where any nearby enemy units might be located. Having been built up to expect a fiery doom should I take any hits, I was pretty shocked that I managed to sustain three hits and kept on rolling.

The folks from Obsidian were equally surprised, especially when I went on to mark targets and eat six hits over the course of a few minutes, and even managed to survive nearly to the end of the match with a scant 6 health remaining.

Of course, all good things must eventually end, and I was ultimately taken out of the match in a spectacular explosion, but not before helping to get a lock on the final few enemy tanks and helping our team capture the facility before the mission timer ran out. 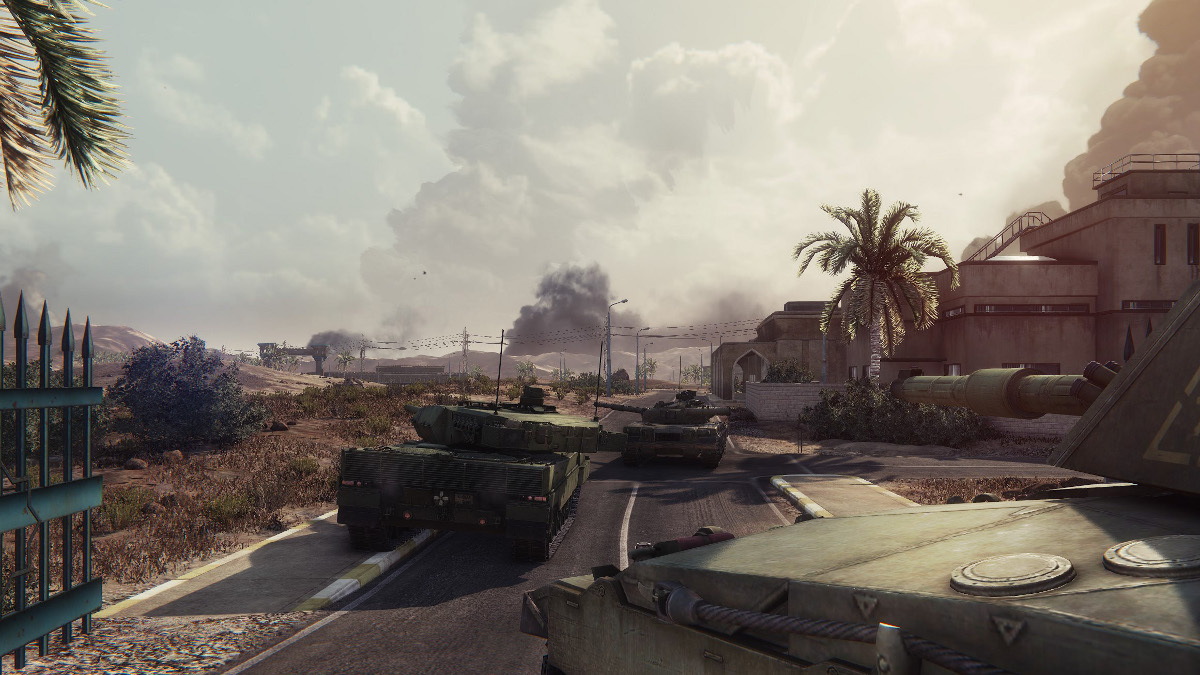 Since there are no respawns during these PvE missions, I clicked though spectator mode to see things through Skyla’s perspective. In her role, she functioned as a long-range heavy weapon platform that could use a top-down perspective (think satellite view) to reign doom down upon the doomed heads of her doomed enemies. As she got a lock on the final enemy tank our teammates moved into the capture zone and locked in our victory.

Armored Warfare is set to enter closed beta this year, and is currently allowing hopeful players to sign up for a chance to participate on the official site. We’ll be keeping a close watch on the game, and were definitely left with a solid first impression of what Armored Warfare has to offer.

In the meantime, be on the lookout for our first impressions of Skyforge, the second title from publisher My.com that we had the opportunity to dive in and play during E3 2014.

Armored Warfare, World of Tanks and How to Not Suck
Tank-combat enthusiasts rejoice. If you've been curious about the similarities and differences between AW and W