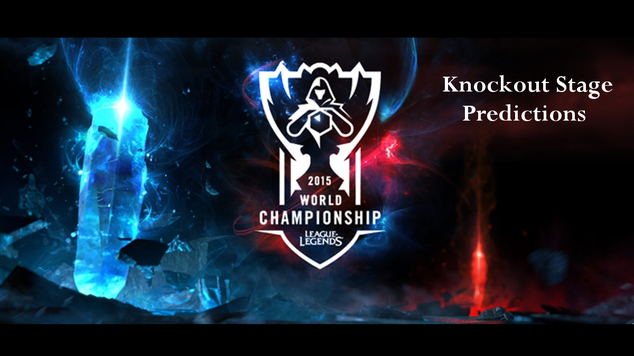 Predicting the Results of the LoL World Championships Knockout Stage
It's time for some more predictions that are guaranteed to be correct! Or, if the group stage taught us anythin

The group stage of the League of Legends Season 5 World Championships was incredible. We had upsets, complete breakdowns by top teams, and just a whole lot of chaos that caused most people’s Pick ‘ems to be horribly wrong. So, on the back of a group stage that rendered most predictions completely useless, what’s our next step? More predictions, of course!

The knockout stage of the tournament is sure to provide a ton more excitement, and a lot of great games. Let’s do a quick preview of each of the quarterfinal matches, and the most fun part: the predictions!

There are a lot of tough calls to make in these matchups, and this one might be the closest. Both the Flash Wolves and Origen showed that they definitely deserved to make it this far, capitalizing on collapses by teams expected to perform better (CLG in group A, and LGD in Group D.) These teams are each capable of great things, but enter with some question marks.

The Flash Wolves won both of their games against the KOO Tigers, which was quite impressive. However, their losses were to the two bottom teams in their group, CLG and paiN Gaming, which suggests some trouble in adapting to foreign teams’ playstyles. Origen’s losses were to KT Rolster (understandable) and LGD. The latter is interesting, because LGD looked quite poor in the tournament overall, yet were expected to be a strong team. This seems to be a very even matchup, but given FW admitted to fearing Western teams more (mid laner Maple said an in interview, “The teams that have impressed us most are SKT and Origen -- but we would actually prefer to play against one of the Asian teams”), I have to give the slight edge to Origen.

We go from one of the hardest to predict matchups to one of the easiest. This is certainly not meant as any disrespect to AHQ; after a rough first week, they really adjusted their gameplay, and have proven themselves to be a world-class team. Their draw was simply unfortunate, as they’re up against the consensus favorites to win the entire tournament. To this point, SKT has looked nigh-unstoppable. The mid lane tandem of Faker and Easyhoon are two of the best in the world at their position, Marin is making his case for best top laner in any region, and ADC Bang had an absolutely ridiculous 71.0 KDA during the group stage.

We’ve learned that anything can happen, and unlikely upsets do occur. With that said, this would be one of the biggest upsets in the history of competitive League of Legends if SKT doesn’t take this one. 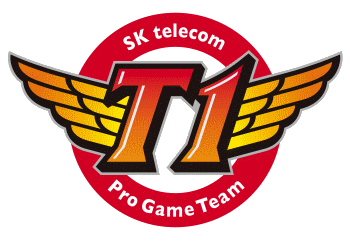 What happens when the best LCS team ever meets up with one of the teams favored to win Worlds? This should be one of the most explosive matchups in the knockout stage. Fnatic struggled in the first week of groups, dropping games to both ahq and Cloud9. However, they turned things around in the second week, winning all 3 of their games to claim first place in Group B. It wasn’t always easy, though, as they appeared to be about to lose the final game to ahq before coming back in spectacular fashion.

On the other side of this equation, Edward Gaming also went 4-2 in their group, but their only losses were to SKT. They also played with AmazingJ in the top lane, a move questioned by many. The fact is, EDG hinted before the tournament they might hold back in the group stage, expecting to advance anyway. It’s believed that Koro1 will return to his starting role in the knockout stage, and while EDG isn’t a perfect team, they do boast arguably the best jungler in the world in Clearlove, and with PawN and Deft playing the role of carries, an EDG that’s on top of their game can be a scary beast.

Fnatic should put up a strong fight, and can ride the wave of momentum they’ve built up. I expect this series to be a hard-fought battle, but if EDG is playing their hardest, I don’t see them losing here.

Aside from SKT, KT Rolster is the only team in the knockout stage that didn’t lose more than one game. They did drop one game to Origen, but the team stated in an interview that a lack of focus in game led to their downfall, as they simply failed to consider Origen could make a strong Baron play at an important point in the game. Had KT been more focused, it’s certainly feasibly they could have been 6-0. It’s been said many times by now, but the addition of Support player Piccaboo transformed KT into an absolute powerhouse. His synergy with jungler Score is off the charts, and mid laner Nagne finally seems to have come into his own.

The KOO Tigers were expected to win Group A, but two losses to the Flash Wolves dashed that dream. Even so, they did make it this far, but only by beating up on the bottom two teams in the group. KOO is still a strong team, and is certainly capable of going a long way. With that said, there’s no question in my mind which of these two teams has looked stronger in the tournament, and as much as I might think KOO might fare better against a different opponent, there’s only one way I see this matchup going.