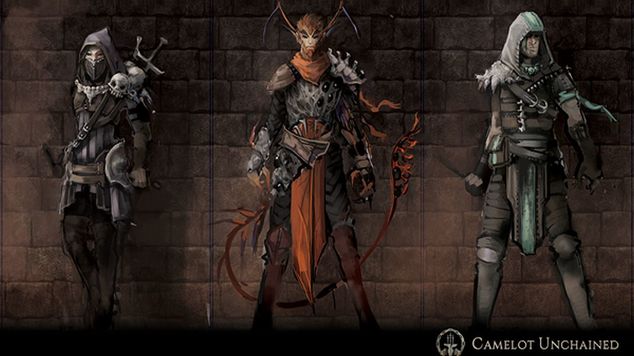 At Dragon Con 2015, at the Camelot Unchained panel, one of the big discussion highlights and themes throughout the entire panel was realm pride and the absolute need for players to feel like they belong to the realm. This is an interesting and important point in the game’s development, because it’s one of the biggest features that Dark Age of Camelot had and for many good reasons.

First, let me explain how realm pride worked in DAoC. Back in the day, during vanilla / Shrouded Isles, it took upwards to two months to reach level 50 with some dedicated play, assuming you didn’t have a power leveling group to PBAoE camps for you. You had to get a tank, a healer, and as many DPS as you could find and pull enemies, mezz (poly in WoW terms) one, stun another, and have the tank take on the third, then fight all of it, hope no one dies (lose XP), and then rest for a while to regain your health because the risks from dying were far too high. 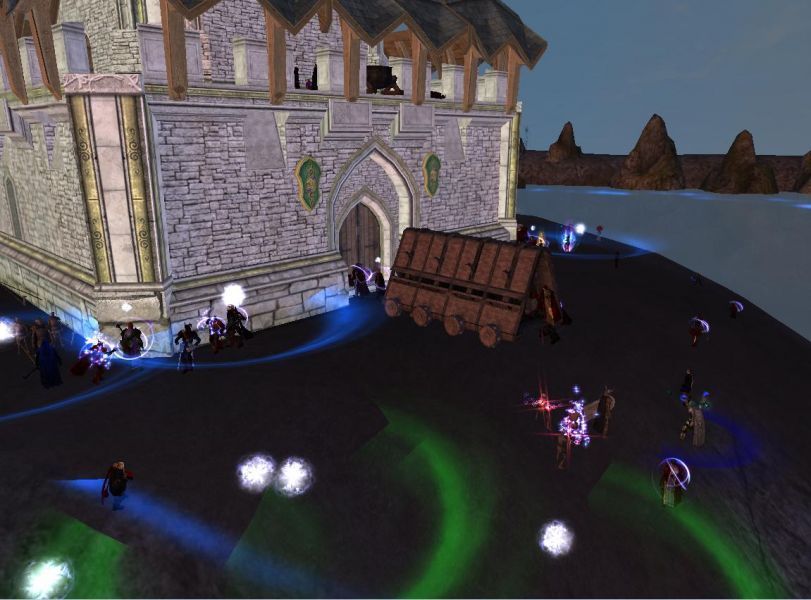 Once you were level 50, your choice was permanent. There were no symmetrical classes, just symmetrical roles (Bards/Skalds/Minstrels all played instruments to buff, but all had different secondary roles). You couldn’t transfer to another realm. Server transfers were not available. That character, with months of dedication into it, was yours now. You now were locked, without putting a ton of energy into moving to another server, into this specific character.

For your realm to be successful, you needed a few things going for it. You needed as many relics as you could hold, which granted an XP boost. This XP boost was what would bring in new players to your realm, as any realm holding two or more were considered valid locations to roll a character. Then, you needed enough level 50s to defend the relics. Relic keeps were very, very, very strong and very hard to take, plus the relic had to be hand carried back to the opposing realm, so while it was difficult, it wasn’t impossible.

A successful realm meant lots of new players, lots of energy, domination of PvP, etc. Of course, one realm who is as powerful as it could be, would then have to contend with an alliance between the other two opposing factions, who desired to have the relics for themselves. Your realm had to be successful, since you’re stuck at it now, and going elsewhere would mean abandoning not only your friends, but all of the work and dedication you put into your character.

Other elements came into play, for instance guild pride was important. It didn’t have to even be YOUR guild, any guild in your alliance or any guild that was popular on a server was your realm, and if their banner was flying on a keep, you didn’t want it to fall, because it would look bad for your realm. It was important that popular guilds kept what they held (for this reason, you rarely had popular guilds hold keeps in Emain Macha).

All of these factors contributed directly to realm pride. For Camelot Unchained, it’s going to mimic most, if not all of these elements (outside of the level 50 grind), and then a few more you wouldn’t think about. For instance, in DAoC Albion / Hibernia / Midgard were all very thematically different. When you would port to an enemy’s zone, it was a night and day difference. Midgard was cold, snowy, and frozen over while Hibernia was in a constant state of summer, and Albion in a constant state of early spring and fall. In Camelot Unchained, when a realm holds a specific territory, it’s going to change the ground and all related elements to match the theme, so that there is a creeping spread of that realm into the area they control.

The world will basically change based on who controls it, which gives players the desire to see their realm pushing its influence in the world, again contributing to the idea that this is your realm and you belong here, and you want it to be yours and yours alone.

A brief aside: A question was asked about if players would be able to directly influence the world, and build it, similar to Minecraft. The answer was no, that they will build the world, and players would have specific toolsets to build within their parcels. This is for many reasons, one given was an example of building a giant mountain to block the enemy, but a more interesting one to me, that wasn't given, is that it helps them control the theme. While their tools allow them to procedurally generate the world that will generate an appriorate theme, it does let them control other elements such as perhaps areas closer to the vikings naturally has more mountain areas, while the Arthurian areas may have more flat hills (as a generic example). 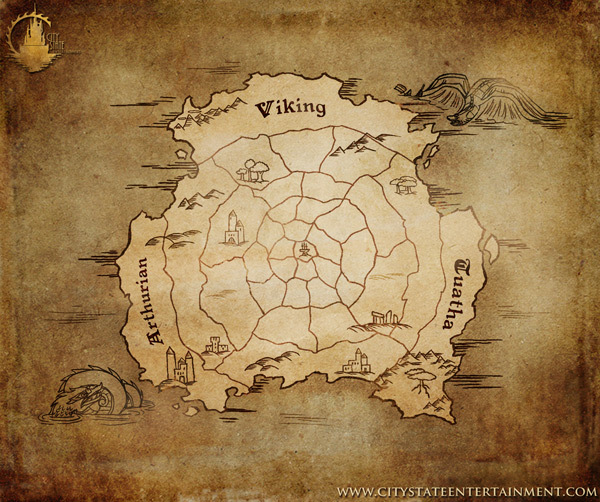 Finally, an element I’ll speak about again shortly – class pride, also contributes. If you were a Bard in DAoC, then you were a Bard, that is who you were, who you wanted to be, and Bards belonged in Hibernia. In the panel we learned that Camelot Unchained was originally aiming to do the classless system, but quickly realized that yes, part of the fun of DAoC was being a specific class of the realm.

While not discussed at the panel, I do want to point out a lot of these elements is why players have begun to not care so much about Horde vs. Alliance and many of the original WoW design choices were mimics of DAoC design, to a degree. For instance, Shamans and Paladins were kept to each realm to give a sense of belonging to a specific side. The Alliance had Paladins, the Horde had Shamans, these were facts that could not change, and built up loyalty to your side. These little elements have eroded away in the name of balance (primarily for what I like to call the dueling simulator, the Arena), and thus you probably don’t really care about Alliance vs. Horde beyond what race you want to pick.

I think that, the biggest takeaway from the panel, in regards to realm pride, is that if anyone knows what it feels like to belong to an identity, then it would be the team working on Camelot Unchained. It’s comforting to know that there is such a strong desire to make sure players really feel like they belong and have the desire to want to do as much as they can for their realms.