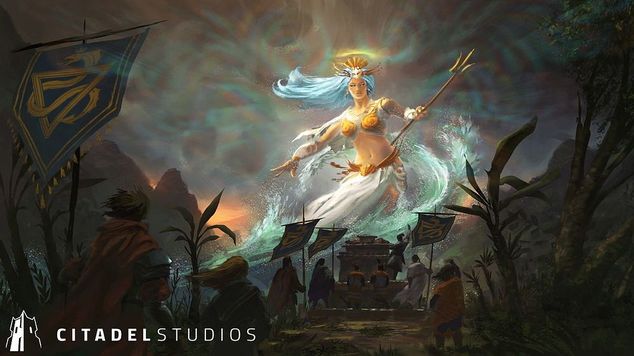 Shards Online is an up and coming top down action RPG MMO that's really similar to Ultima Online. I recently got a little bit of time to actually play the game and let me tell you - I'm excited. Now, I'm not excited for some industry changing mega-behemoth - I'm more excited for a well rounded good game that actually, somehow, captures all of the fun of the original generation of MMOs but uses modern tools to let you create your own worlds and games.

There isn't a lot to expose about SO right now that isn't public knowledge, so forgive the lack of any deep conversational material on these cool features you never heard of. Instead prepare yourself for some light praise on a pre-alpha version of a game that is pretty much really cool (and clunky). Let's first start with the graphics.

They suck a little bit but that's totally okay. I mean, comparing it to modern Runescape would be very generous, but at the same time the game is on the same level as UO and is working with a very difficult top down perspective. It's hard to not judge the graphics, but at the same time it's easy for me to give it a pass since they do a pretty good job so far for what resources they have and the material they're working with. 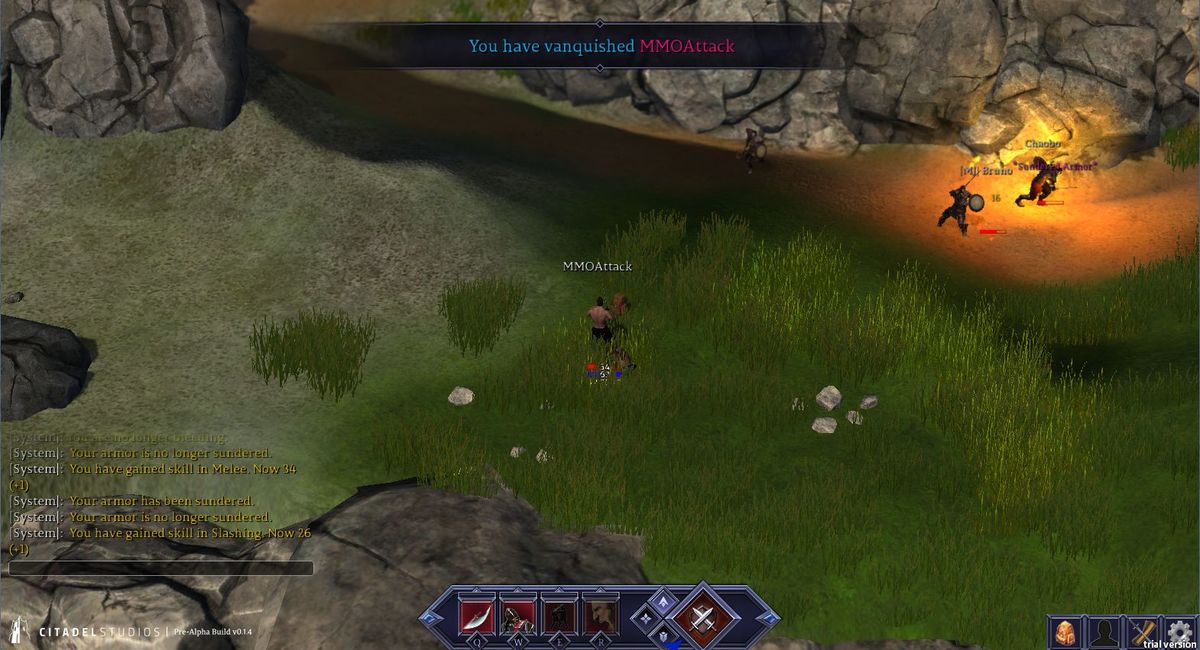 The combat though, is clunky and confusing, and difficult to mess around with for me. I kept fiddling and trying to do things, but it kept either attacking others (to which the guards rush you) or I don't know. The beautiful thing about this is that's exactly how UO feels to the T. Anyone who tells me UO's combat system was easy or fluid can go to that section of the Internet called "liars." For what it's worth, I never got upset and the game is pretty much alpha so who cares. I also was able to kill others in PvP, so hell yeah!

What makes the game so cool to me is the fact that you can create your own worlds, your own landmasses, your own everything. Games like Starbound naturally let you create, even Minecraft but those are works of art that are not manipulated with, they are only viewed. In SO, you can create your own epic story, your own game mechanics, and your own path to victory for others to consume. It's like, essentially, a UO shard without the vague legality and difficulty in setting up.

In our walkthrough, we did get to play around with some of the scripting and the PvP and admittedly the PvP aspects of the game were fun. More fun than you'd expect. Like, once the combat is polished up and they tighten the graphics and do the UI changes they've talked about, the PvP might be better than a lot of AAA titles simply because it's dynamic, it's different, and it's fun.

Fun is critical in games and that's something this game will have tons of, even with its shortcomings (which could just as well be alpha-itis). If you're wanting to look around for a game that's going to provide dynamic gameplay that isn't procedurally generated, but instead hand crafted by both the developer and the community, then this is definitely one to follow and it definitely satisfies me.