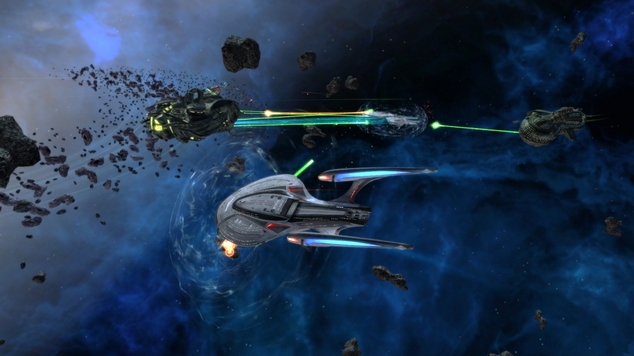 Star Trek Online: Early Thoughts
Now seems as good a time as any to dive into this longstanding MMO.

After watching Star Trek Discovery on Netflix, I’ve felt compelled for some time to play Star Trek Online. I’ve a handful of friends who have played it since its release, and while I staunchly sit in the Player versus Player/MOBA camp when it comes to picking games I play, it has piqued my interest.

For anyone unaware, Star Trek Online originally launched in 2010 and after eight long years, it’s still going strong under the stewardship of Perfect World. With Season 14 having revealed itself in October last year, I suppose now is as good a time as any to dive in. While I don’t expect the game to offer revolutionary graphics, or open-world play to the equivalent on EVE Online, I hear nothing but great things regarding its story driven content, and its commitment to ensuring an authentic Star Trek experience.

While I’ve only played Star Trek Online for around 15 hours, there’s three things that instantly jumped out at me. When playing any new game, I always have a notepad next to me and after the end of each play session, take a look at what I’ve scribbled. In this case, it was often “good music”, “faithful to source material” and “story at the forefront”.

Playing Star Trek Online takes me back to when Star Wars The Old Republic launched. It has a similar feel, combat that’s not too dissimilar (albeit slower), and traditional MMO elements we’re all familiar with. While it lacks the modern pazazz of newer titles, it’s fair to say Star Trek Online has aged well. On maximum settings, it not only runs exceptionally well (even in crowded areas) but also has solid art direction. There’s no mistaking it’s Star Trek, right down to its phaser sounds, shields rippling to life, or even the architecture. It’s great to see and hear, and instantly allows you to become immersed in the surrounding world.

On the subject of immersion, there’s no mistaking the soundtrack in Star Trek Online, or the welcome addition of cutscenes and voice-acted questing. While most MMO’s have a good soundtrack, few that I encounter voice-line their quests and put cutscenes at every opportunity. As starting experiences go, it’s does its very best to draw you in and feels reminiscent of Guild Wars and ArenaNet’s approach to storytelling. 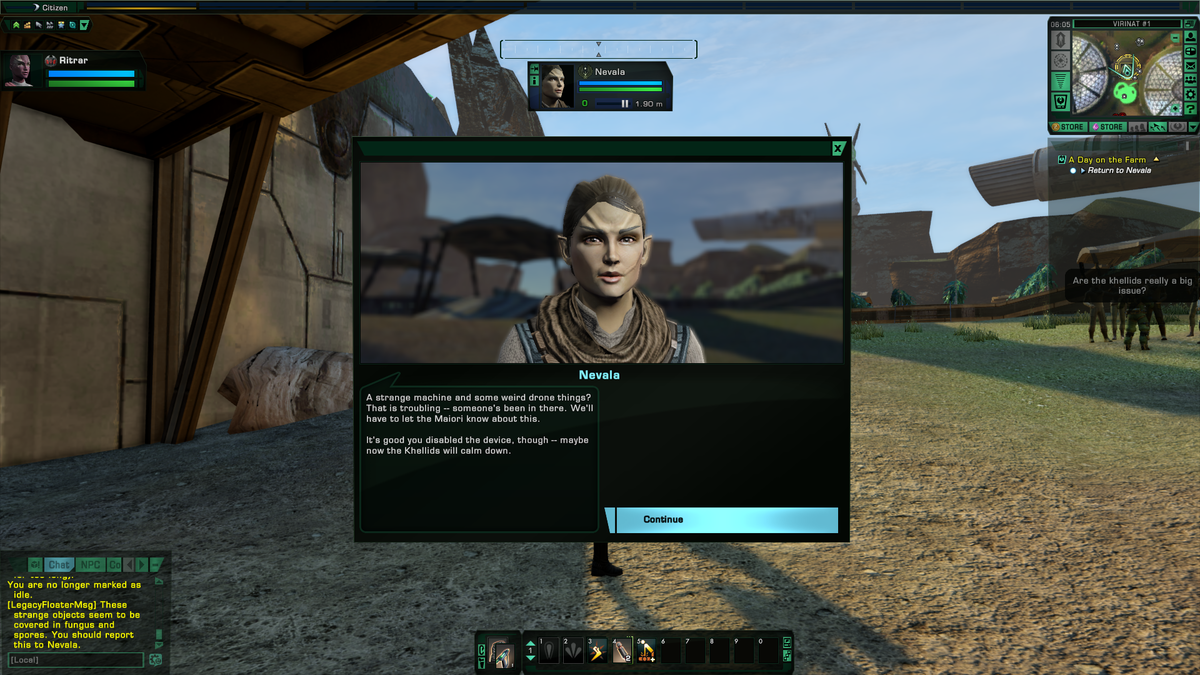 It's nice to see and hear quests being voice acted.

What I found particularly interesting about Star Trek Online’s pacing and use of cutscenes, is that it’s the first MMO my wife has ever shown any interest in playing. While neither of us are ‘old’, we aren’t as spritely as we once were when it comes to reaction times. Though I can’t comment on late game, the early experience - irrespective of race - offers a pedestrian approach to questing and storytelling that suits leisurely play. Sometimes my wife and I just want to play a video game together without feeling under pressure to compete, or to rush what we’re doing.

There’s every chance this could all change as my wife and I play the game more. For now, I’m pleasantly surprised with what I’ve encountered. I’ll freely admit I was nervous to play the game, simply because MMO’s are no longer what I typically gravitate towards. Like many players I tend to be swayed by the glitz and glamour of a new release, rather than looking back on existing titles. When an MMO has been out in the wild for so long, the barrier to entry increases as more and more content gets added. This can be daunting for new players, and the impact - certainly as my experience goes - are starter areas that become ghost towns as the player base rapidly moves forwards. To then find my starting area filled with players was entirely unexpected, and even better to see people instantly roleplay.

It’s too early for me to come to any conclusions regarding Star Trek Online, but for now it’s a game that despite its age, remains faithful to the source material and one that seems fair when it comes to its free to play model. Whether this stands up to greater scrutiny with prolonged play, I’m unsure, but I’ll use the next few weeks to find out.