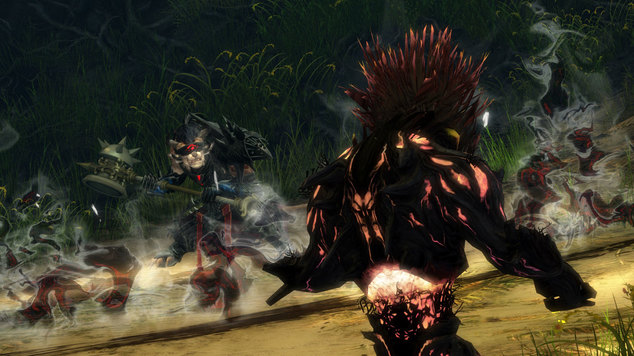 The last thing I expected Guild Wars 2: Heart Of Thorns to provide was a new status effect, especially one that the entire genre relies on to control player versus enemy encounters. Since its inception, ArenaNet have always championed the fact that Guild Wars 2 isn’t your typical massively multiplayer game. They rid themselves of the holy-trinity, removed taunt and targeted heals. Many rightly questioned the impact this would have on Player versus Enemy and although I firmly believed the steps would be for the better, I’d have to say that Guild Wars 2’s PvE is its weakest component and in comparison to the likes of WildStar’s dungeons or World of Warcraft’s latest additions in Warlords of Draenor, it falls far short of being both challenging and fulfilling. I’m not suggesting what WildStar or World of Warcraft are offering is perfect nor am I suggesting that Guild Wars 2’s PvE is disastrous, but its PvE certainly isn’t difficult and it definitely requires little organisation or thought.

For me, the recent addition of The Silverwastes perfectly represents Guild Wars 2’s PvE at its finest. It’s fast, players can drop-in and out of it without fear of having to invest hours, it doesn’t require too much thought and it’s relatively easy to accomplish something in a short period of time. On the flip side, these are also the very things that I dislike so much about Guild Wars 2’s PvE. 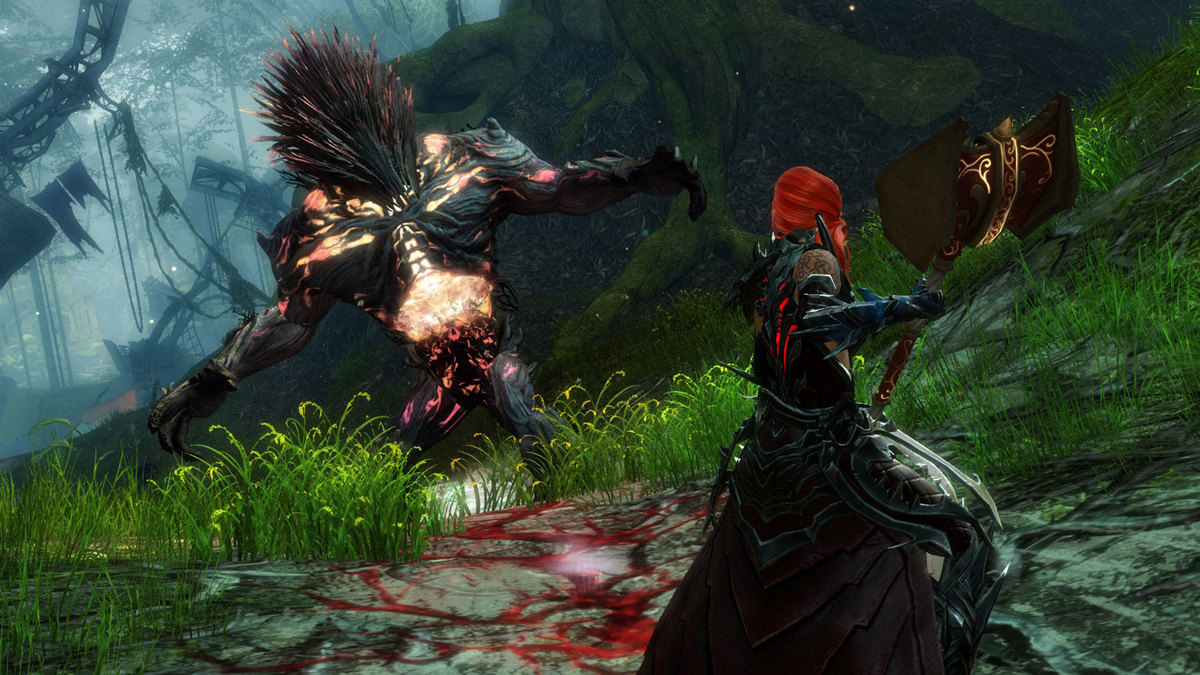 Despite playing Guild Wars 2 for many thousands of hours, I’ve never once felt engrossed by its PvE content and I suspect it’s primarily because there’s so little structure. Having recently begun to replay through every dungeon, having not done so for many months, I’m amazed at what they’ve become. Not only are the majority over in minutes (I have no real problem with speed runs) but almost every encounter has descended into little more than a group of 5 players stacking in the corner of the room, blasting the living daylights out of their foe. It’s not tactical, it’s not engaging and it puts Guild Wars 2’s PvE in a very poor light. Part of the problem is combo fields and the need to stack on them, but it’s also the fact that Guild Wars 2 lacks any kind of mechanic to permit players to control a fight: Defiance and crowd control skills plays no part. Every encounter as a result descends into a brute force approach rather than one of players orchestrating a particular tactic.

By implementing Taunt, ArenaNet have instantly opened up a variety of PvE possibilities. The first and most obvious is the fact that defensive builds on a variety of classes will now be very likely.

Although ArenaNet have made some efforts to improve PvE encounters, they’re still limited by the fact players only passively react to what’s forced upon them, rather than actively reacting. For example, in The Silverwastes when you battle the Mordrem Terragriff it, like many PvE MMO encounters, has a predefined set of skills and routines. These can be learnt and if learnt, your chances of avoiding damage are almost guaranteed. The only thing you can do in Guild Wars 2 however, unlike in WildStar or World of Warcraft, is wait for these routines to play out and strike the creature when the game permits you to do so, or when they completed their predefined action. In contrast and to use WildStar for this example, Carbine not only chose traditional ways of permitting players to control PvE encounters (Taunts, Healing and Tanking) but they also added Interrupt Armor. By allowing players to control a fight and the actions of the enemy they were facing (by breaking Interrupt Armor for double damage or Taunting a creature away from allies) the result was engaging and reactionary encounters. You knew as a party that not only did you have to learn the encounter, its telegraphs and animation sequence but you also knew that you had to capitalize on Interrupt Armor and Taunting to break combat sequences.

By implementing Taunt, ArenaNet have instantly opened up a variety of PvE possibilities. The first and most obvious is the fact that defensive builds on a variety of classes will now be very likely and similarly, classes will be able to pursue other Attributes besides Berserker. To be a defensive Warrior wielding a Shield will finally have a use in a PvE environment. Alongside this, by allowing Taunt to reposition foes and change your foes’ targets the scope of PvE encounters opens up enormously. Something as small as watching an ally on low health draw aggro can now be prevented thanks to a well timed Taunt. Tanking (though I’m sure ArenaNet will never use that term) is going to become very real.

What I’m now left wondering is whether or not ArenaNet will lower the barriers on the trinity even further with Specialisations. I suspect the addition of Slow is going to be applicable and paramount to boss encounters in Guild Wars 2: Heart Of Thorns (further aiding Tanking) but I’m curious as to whether the ability to heal to a greater degree will become a reality. If we’re to Taunt enemies to gain their attention, it’s likely the individual who is taunting will receive a significant amount of damage in the process: are we going to see the likes of the Druid or Elementalist take on a greater splash-healing role? Are we going to see the potency of stacking reduced to encourage greater positional awareness? I can’t wait to find out.

What are your thoughts on Guild Wars 2 receiving Taunt? Do you think it will transform its Player versus Enemy encounters? Let us know!