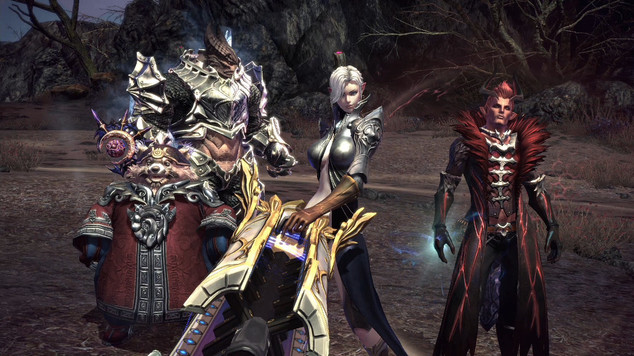 There’s nothing quite as exhilarating as witnessing the impact of new classes being added to an established MMO. On May 5th, TERA players will be able to witness this grand spectacle firsthand with the release of the all-new Gunner class. This new class plays quite differently than pretty much any of the other currently available options, and will no doubt be the kick-ass bendy straw that perfectly compliments the already stellar combat system milkshake in TERA.

I was recently given the opportunity to play the Gunner in a closed demo session hosted by Patrick “Treeshark” sun, Producer for TERA at En Masse Entertainment. Our group consisted of max-level characters decked out in Tier 6 gear that made us somewhat overpowered for the area we were in, but that ultimately made it easier to digest how the new class functions in combat.

The Gunner has a number of interesting tricks in its toolbox, a few of which are outlined below. A significant departure for the class is that it can also run-and-gun during combat, albeit at a slower movement pace than while not actively attacking. This increased mobility should make the Gunner very popular in more difficult content where positioning truly begins to matter.

In terms of some of the Gunner’s unique aspects, I’ve listed a few of them along with notes on usage and general thoughts below.

This is a summoned construct that will assist the Gunner in a number of ways. As noted in the skill’s tooltip, the HB-7 will deal moderate damage to nearby enemies, and will also use its healing ray on you when you drop below max HP.

The HB-7 does have a 25 second cooldown, but will remain active for 30 minutes or until defeated (or actively issuing the Self-Destruct command). While I’d be reluctant to consider the Gunner a true “pet class”, the HB-7 is more like a mobile extension of your character that does tend to help with survivability, though won’t ever outright remove the need for proper healing in group content.

This construct is the static counterpart to the HB-7, and is a sizable turret that is primarily used for a decent boost to area damage. Both placing the ST-4 and issuing the Self-Destruct command will also produce some additional area damage, and while active it will fire off rockets at enemies within 18m for 45 seconds. 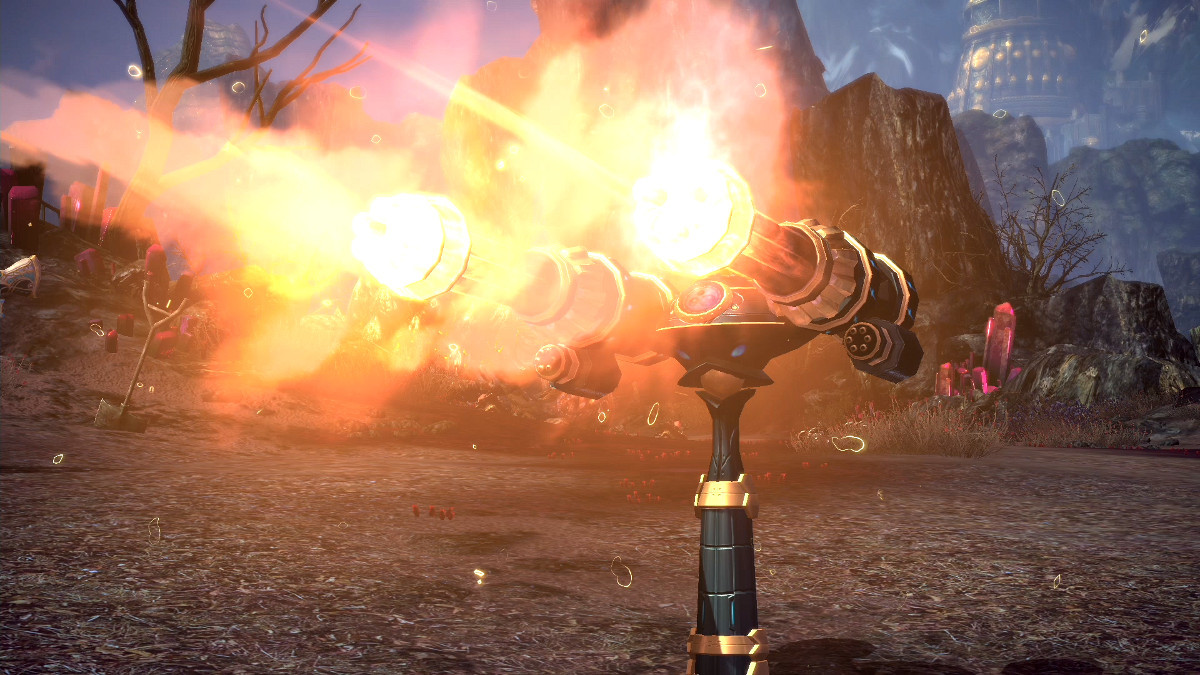 This particular skill was a lot of fun to plop down right on top of enemy’s heads to enter combat, and is fairly effective against larger packs of enemies. Once placed, you’ll also be able to see a clearly visible range indicator on the ground so that you can pull surrounding mobs into range quite easily.

Along with a suite of standard attacks that chain together quite nicely (more details on the Gunner’s skills can be found on the official teaser site for the class) the Gunner features a builder / spender mechanic in the form of Willpower.

As you engage in combat you’ll begin slowly building up Willpower. You can also gain regular 100 point boosts to Willpower by using Replenish during combat, so you’ll want to get used to activating that skill whenever it isn’t on its 8 second cooldown.

Once you’ve built up enough Willpower, three additional skills become available to use which can cause a devastating amount of damage very quickly. 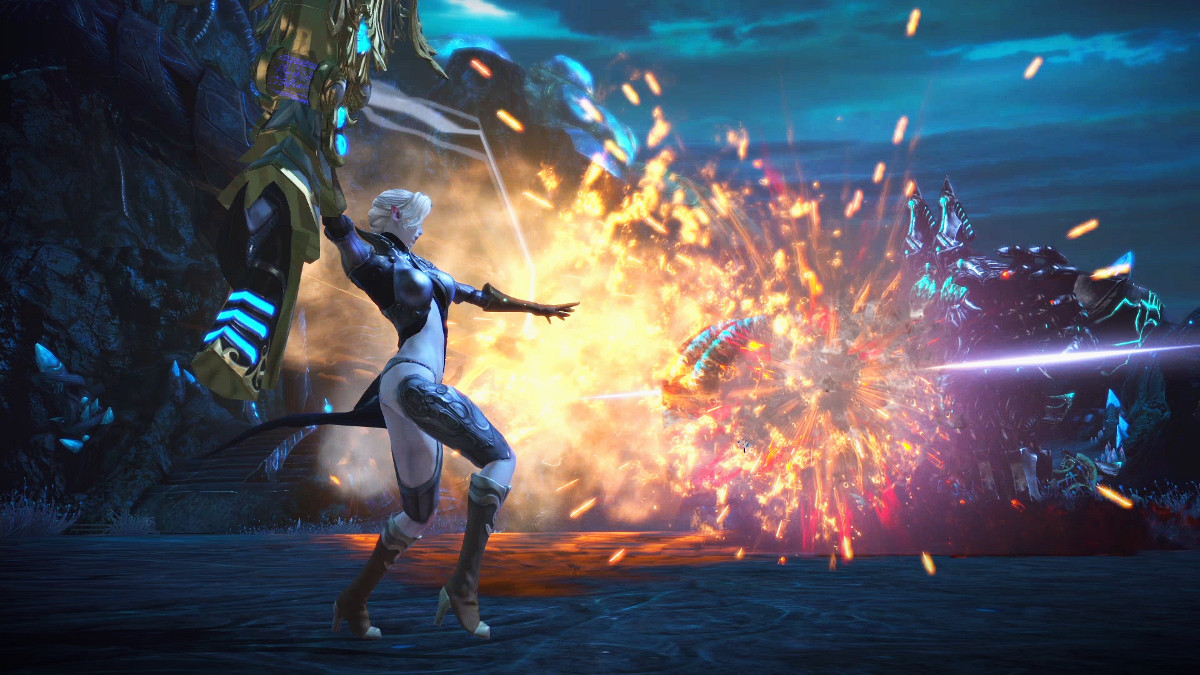 Burst Fire can be used early on, and functions kind of like an unload ability for your arccannon, firing off continuous rounds until your Willpower is depleted.

Bombardment is on a 2 minute cooldown and will expend your full Willpower bar, but can completely wreck entire groups of enemies. In a nutshell, it’s a ground-targeted AoE attack that launches a volley of 11 shots with a high chance to stagger. It won’t dish out enough damage to completely defeat stronger enemies, but can certainly help put the hurt on.

Balder’s Vengeance is, in a word, awesome. This is a directional attack that deals massive damage to enemies up to 30m in front of you. Along with the massive damage output, you also benefit from being temporarily invincible while using the skill. As a tradeoff, Balder’s Vengeance does have a longer cooldown at 6 minutes, and will require a full Willpower bar to activate.

Along with the closed demo session, I also spent some time playing a fresh-out-of-the-box Gunner through low level content. From character select, a shiny new graphic will allow you to create a gunner with a single click which is a nice touch. The class is limited to Castanic and High Elf females, so choosing one of them will immediately take you to the appearance screen.

Once in-game, I found even the low level gameplay for the Gunner to be just as engaging as at the level cap. While I initially missed having the full suite of skills available, the unlock progression comes quickly enough through normal play, and does a solid job of introducing you to the varying combos and combat style for the class by degrees.

I particularly enjoyed the Gunner’s overall mobility, along with the ability to dispatch entire groups of mobs quickly and efficiently. While I wouldn’t go quite so far as to make any comparisons to third-person shooters, the Gunner is quite distinctive from the other classes in TERA, and I can see it being both a popular and welcome addition to the game.

The Gunner becomes available on May 5th, the same day that TERA launches on Steam. As an added bonus for players who log into the game on, or shortly after the 5th, you’ll gain an exclusive EX-TRM mount. As you can see in the image below, this mount is pretty wicked, and compliments the techy nature of the Gunner class nicely. 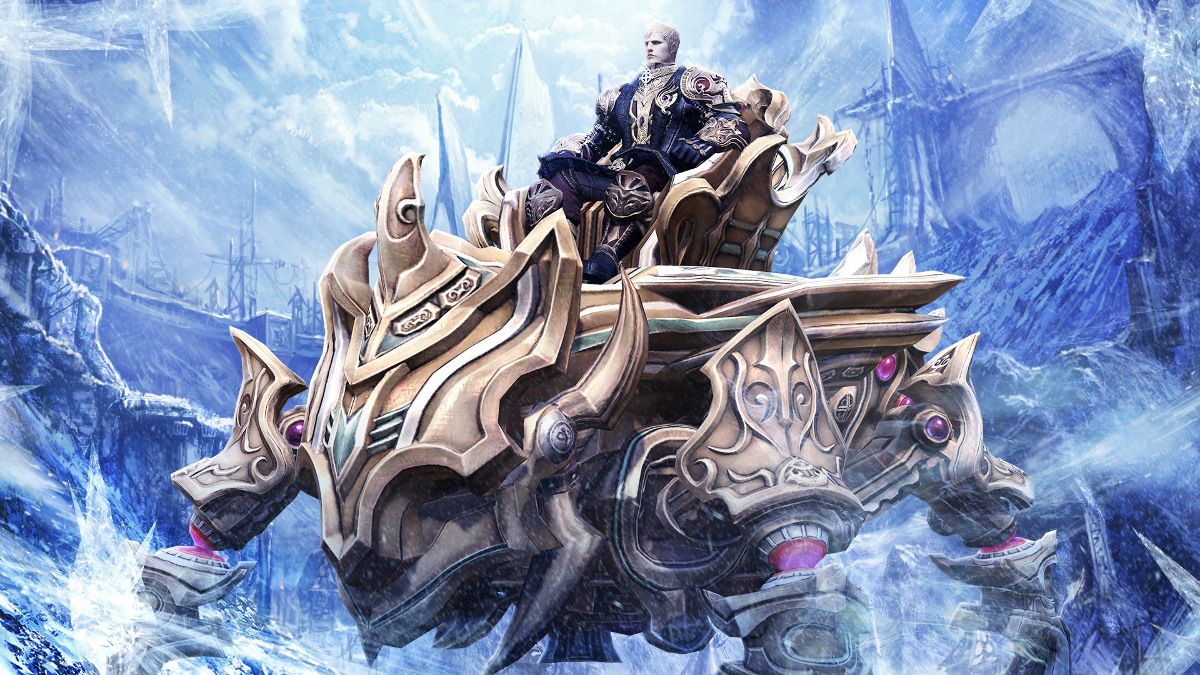 Next month also marks the third anniversary for TERA in North America, so it’s a big month for the game to be sure. We’re excited to witness the rollout for the Gunner class next week, and will be following up with some additional insights into the Gunner class in the meantime.