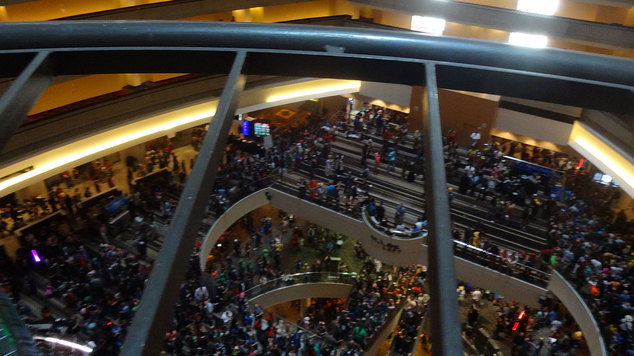 The Dragon Con Adventure So Far - The Positive Joy from Everyone's Love of their Fandoms
David goes over the adventure so far on the ground at Dragon Con 2015, including the inspiring love of the over

Dragon Con 2015 has so far been an absolute blast, far beyond my expectations of the event. Even though I’ve been a local to Atlanta for the longest time now, I’ve never really ever actually have gone to Dragon Con because I’m someone who is very much against ever going inside the perimeter, expect on occasion to eat at a few restaurants I like in downtown for a copiously large number of reasons.

While I can’t specifically translate the energy of the convention into words, I can provide some interesting observations. Both the Hi-Rez (Smite) and Blizzard (World of Warcraft) panels were completely full. I wasn’t even able to step inside of the Blizzard panel because by the time I got there, before it had even starter, it was full, and standing room couldn’t even see it.

Other panels, including Star Citizen, Camelot Unchained, and even Storytelling and the BioWare voice actors were packed. For the BioWare voice actor panel, I had to wait in a line for 45 minutes to get one of the last seats – it was literally a gamble. For the storytelling panel, the line had to sit outside of the building, and it was packed full. There were 7 columns, 12 rows, and 10 seats to a row. So roughly 840 seats, give or take a few hundred. That many fans showed up, waited in line, and were desperate to get just an hour listening to their favorite voice actors speak. Even the smaller panels, like the Star Citizen one shown below (including an upcoming ship they've yet to preview that they showed), was packed full with more heads than I could individually count. 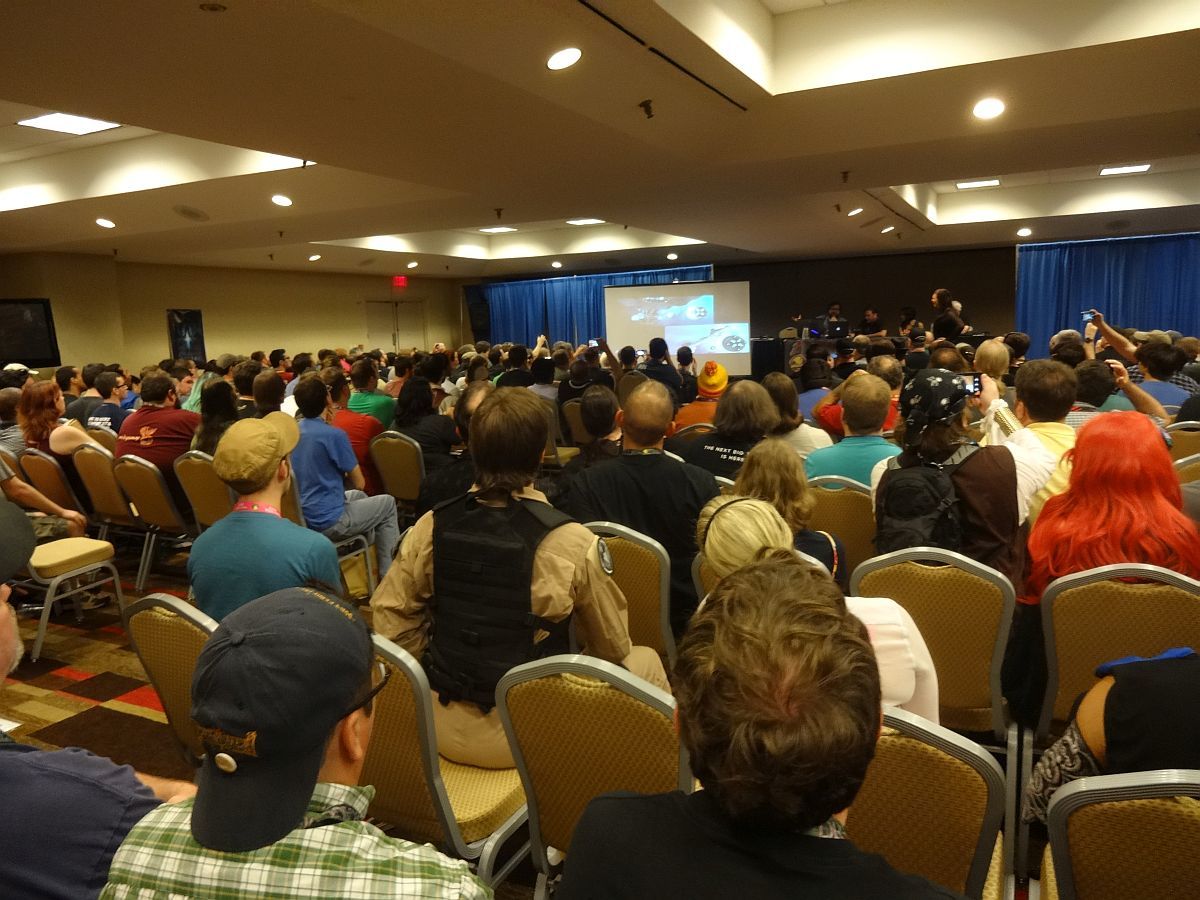 That’s just how enthusiastic the fans were who came from all across the country. Not only from America, but around the world. I constantly met fans who had flew out from another country just to specifically see a panel or engage with a specific event. There were also a lot of parents in attendance, who I had the chance to speak with in line.

Some were there for their children, operating as a second arm to cover more panels and bring back pictures or ask questions (for instance, one mom who got a loud round of applause at the Camelot Unchained panel, went there to ask a question for her son) while others were introducing their children to their fandoms of choice, including dressing the whole family up in Batman costumes and the such.

Speaking of dressing up, there were a lot of really interesting outfits out there for some things you wouldn’t think there would be – like the Star Citizen panel had several sporting the UEE seal on their sweet military outfit. WoW cosplay was out like crazy, sadly I wasn’t able to make the panel, as I had to be elsewhere, but MMOs by and large were well represented, including the ever popular Firiona Vie from EverQuest.

Of course, the convention was far from limited to a single fandom, it has so far been a hotpot of every fandom out there, from newer ones like Rick and Morty all the way to every flavor of Star Wars, from Legends to Mandalorians, with lots of Star Trek in-between.

In the coming days I’ll be posting some recaps of various panels, along with interviews and pictures, and some of the more interesting stories from the convention. For now though, I think I’ll take a long nap to see if I can’t regenerate some of my lost stamina – while the convention is some of the most fun you ever could have, it’s also a lot of walking and working your way through crowds – which shows how much dedication many of the fans have for their fandoms even more.