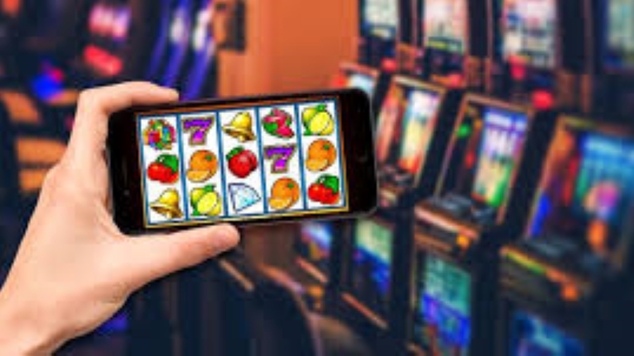 The Most Exciting Online Games That Will Keep You Going All Day
The number of games you can play online these days is amazing. Online gaming is not a distant possibility anymo

The number of games you can play online these days is amazing. Online gaming is not a distant possibility anymore – it’s here to stay. From online casino games to MMORPG’s and other types of entertaining games, there’s something for everyone in store.

Some of these games are so exciting that it’s not uncommon for players to spend a full day on them playing on their PC or mobile device. We’re not just talking about MMOs – certain casino games have the charm to keep you going all day long.

It depends on what kind of gamer you are. What we can confirm is that there’s a game for every type of player, and that’s the magical thing about it.

Top Online Games That Will Keep You Going All Day

Heroes of the Storm

A crossover multiplayer online arena, Heroes of the Storm features villains and heroes from the legendary Warcraft, Diablo, and StarCraft. The popular game was developed by Blizzard and first released in 2015.

Five years later, it’s one of the most successful MOBA (multiplayer online battle arena), with Blizzard calling it a hero brawler game. It has several game modes to enjoy, and the fact that you can play it with dozens of friends makes it the kind of game that will draw you in for hours, if not a full day at a time.

Released by Stunlock Studios in 2018, Battlerite Royale is an exciting multiplayer shooter. It has a unique twist to it, most easily described as a crossover between a MOBA and a Battle Royale game.

You get to choose your own champion and master their abilities while hunting for loot and treasure alone or in teams. The high-octane action makes the game truly exciting, with only the best surviving to the end.

The game’s fun and fast-paced action will keep you glued to your seat for hours or days.

If you’re not a fan of shooters, MOBAs, or MMORPGs, you have online slots to enjoy. There are hundreds of varieties with fun gameplay, and more importantly, rewarding features.

Video slots nowadays are nothing like the coin machines of old. While the principles stay the same, online slots have evolved beyond the simple three reels. Nowadays, you can find online slots with thousands of ways to win along with bonus rounds that will keep you glued to the screen.

It’s not uncommon for players to spend a full day spinning slots. However, we suggest being careful with your bets and gamble responsibly. While they’re fun, slots can make you go broke if you’re not careful.

Following the success of its fiercest rival Overwatch, Fortnite has become a global sensation in the past few years. The online shooter is free to play and features three different game modes with the same gameplay and engine.

Epic Games keeps players engaged by adding new popular characters to the game regularly. Some of them make their way to the online battle royale shooter from other popular games such as Kratos from God of War.

A team-based multiplayer online shooter, Overwatch is the inspiration behind Fortnite and similar shooters. Described as a hero shooter, the game assigns players into one of two teams of six, with each player selecting a roster of 30 characters (heroes) with distinct abilities and roles.

The goal of players is to defend and secure controls points on a map or escort a payload across the map. As you play the game, you earn cosmetic rewards in the form of skins and victory poses. A competitive ranked mode and arcade modes too have made Overwatch a resounding hit, with millions of players playing it all day long.