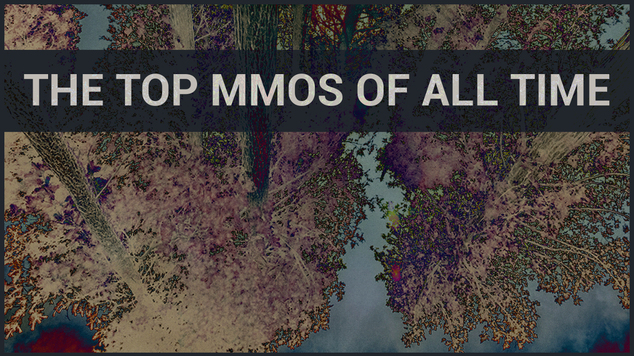 Aggregate review scores can be a good thing. While not as prominent as it once was, Metacritic contains a wealth of useful information for consumers and industry analysts alike.

We've compiled a listing of the current top ten MMOs of all time, based on their global rankings on Metacritic. Along the way, we also picked up some interesting nuggets of information that speak volumes about not only how MMOs are viewed by the video gaming industry as a whole, but also the overall impact of new releases in 2015. Some examples include:

A couple of quick notes before we dive into the list:

So without further delay, let’s dive right into the current list!

TOP TEN MMOS OF ALL TIME - BASED ON CURRENT METACRITIC RANKINGS
1. World of Warcraft
World of Warcraft is the highest ranked MMO of all time, but over time has dropped out of the Top 100 with a current Global Rank of 153. It also holds the distinction of being one of only a handful of base games to outrank every one of its own expansions.
2. Guild Wars 2
Guild Wars 2 earned a 94/100 in the original review on Ten Ton Hammer published in 2012. It is the only MMORPG to be awarded Ten Ton Hammer's Game of the Year award more than once, including the Best of 2015 Awards.
Phantasy Star Online is often overlooked in discussions about classic MMOs, but has proven to be incredibly influential over time. Skyforge, for example, is considered by many to draw heavy inspiration from PSO.
The original Guild Wars Prophecies campaign (listed on Metacritic simply as Guild Wars) was not intended to be an MMO when first released. Over time, however, consumers played it like an MMO regardless of genre classifications, which helped pave the way for Guild Wars 2 to be developed as a proper MMOG.
EVE Online is perfect example of why revisiting review scores for an MMO can be a good thing. MMOs tend to evolve dramatically over time, and by the time the Special Edition for EVE was released in 2009, critics largely agreed that the game had improved immensely over time (the original release only managed to achieve an aggregate score of 69 back in 2003).
Dark Age of Camelot continues to influence modern MMO design when it comes to large-scale faction-based combat systems. Titles like Guild Wars 2 and The Elder Scrolls Online have RvR systems in place that draw heavy inspiration from DAoC, and of course there is also the in-development Camelot Unchained.
Lord of the Rings Online was well received by critics and fans alike, and went on to make one of the most successful transitions of all time from a subscription service to a free-to-play model.
Warhammer Online was hailed by critics as one of the best new MMOs in the post-World of Warcraft era, but also helps illustrate how high review scores at launch don't always mean a healthy long-term prospect.
Final Fantasy XIV has a long and storied history, but one with a bright future thanks to a successful reboot in 2013. Interestingly enough, the PS4 release the following spring achieved even higher review scores than its PC counterpart 8 months earlier.
The impact of City of Heroes on the MMO industry is difficult to summarize with a few brief statements. It not only brought us our first proper super hero themed MMO, but raised the bar for character customization to levels previously unheard of within the genre. The critical reception at launch was strong, though it has since been overshadowed by the even stronger reaction from fans at the time of its closure.