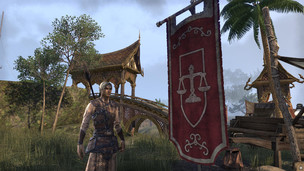 TESO Going F2P: So What?
Not everyone sees a mid-stream switch from subscription-based to Free-to-Play as a sign of failure.
Preview
The Elder Scrolls Online 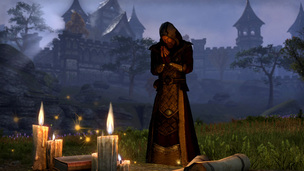 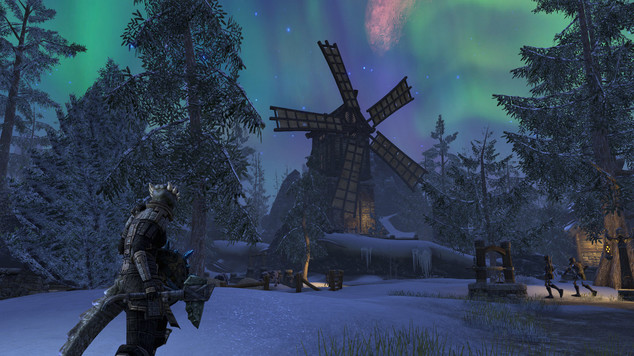 Why I Love The Elder Scrolls Online

Recently, our very own Lewis penned an interesting article on why he hates The Elder Scrolls Online. My opinion is drastically different and I’d love to outline why I think the game is awesome and everyone should love it and to deliver some retorts to Lewis’s prime points.

First, the fact that people are easily pleased is part of the Human condition. Flappy Bird is perhaps the most simplistic game created that requires very little input, but has the world addicted. Simplistic isn’t bad - as long as it is relevant. We are all easily pleased, as long as the pleasure is derived from a source that we enjoy.

Lewis outlines the fact that many of the different components of the game are “woefully lacking” but everyone wipes the idea aside because there is a game world to explore. I disagree, on a few points. It is true that many people do not even bother with the story in TES games, because they find much more enjoyment out of wandering the world and leveling up their various traits.

This is true, but one of the reasons that is so attractive is the worlds are built so majestically, with various and near endless amounts of flora and creations, side-quests, complex flow charts of events that could spawn based on choice, and much more. Combat is fluid, it isn’t lacking, it’s one of the hallmarks. The entire game has voice acting, including greats like Patrick Stewart, to say the dialog is lacking just means there can’t really be much out there that would be satisfying to some.

Lewis outlines a lot of flaws in the game, with the animations and the combat and the NPCs. From my experience in the game, I never found combat to be off. I’m a huge fan of TERA, mind you, and active combat is one of the coolest and greatest things that MMOs have started to bring along.

As far as animations go, this is one of the issues that people claim, but forget a critical and key point - TES is built out as a FPS game. The third-person view point is clunky for a reason, they perfect the FPS view and the TPS view is simply for those who can’t tolerate FPS. While I played ESO, I rarely if ever got out of first person view, which was more than satisfying.

I can’t comment or defend the lack of tactile movement when NPCs have been hit, but I do believe that’s a rather normal thing in the world of TES. There is so many different ways to attack something, that it’s difficult for each of the varied critters to respond in an appropriate way.

We’re about to dive into the world of fallacy - narrowly avoiding it, because I will say that Skyrim has sold over 20 million units and has made over one trillion bucks. What does this mean? It means that a large section of the market loves these mechanics and this gameplay. They are happy and content with it.

Lewis says that the above mentioned retorts are what TES fans cling to, but the truth of the matter is, that’s what TES fans enjoy. It’s alright with them and if it wasn’t, they wouldn’t have bought so many copies of the game. It’s like saying Root Beer is terrible and will never sale, because you don’t have an acquired taste to it.

I do think, and this is where I agree with Lewis, TESO will need to move a bit more to “MMO friendly” to tap into the MMO market, but when it comes to the TES market, the game follows through on delivering what those fans want and I am very much pleased.

Why I Love TESO

To address the topic of the article, I love TESO because of how in-depth it is. The quests have meaning, choices affect the world, there is actual real decisions to be made. The combat is fun and exciting and I’m allowed to build my character FOR REAL in ways that we all have dreamed, like wizards with dual swords for instance.

For MMO fans to truly enjoy TESO, they will have to leave their MMO bias at the door. This is a game, first and foremost, for fans of TES. MMO comes secondary, at least, that is how I feel.

There will be a lot of haters and white knights in coming days, but that’s the fun of the Internet, no?