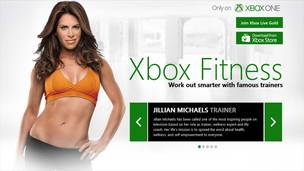 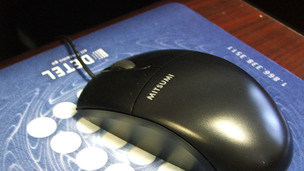 Do You Need a Gaming Mouse?
Xerin takes a look at if that good 'ol fashion mouse that came with a PC 20 years ago is up to
Column
League of Legends 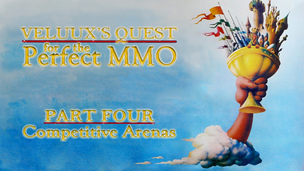 The Perfect MMO - Competitive Arenas
For the fourth chapter in this quest, Alex dives into the competitive aspect of gaming and argues that PvE and
Column
League of Legends

Worlds is back.  You should care.

As always, if you’re looking for grammar or facts, you’ve come to the wrong place.

The Success of LoL Worlds is Good For Everyone

I’m not an avid League of Legends player.  I play League, infrequently and poorly, when the muse hits me, but I’m never going to be a “good” player.    Picture a marching band drummer who completes the entire show after his pants fall down around his ankles.   That’s me playing League.

I enjoy the game for what it is for me, a chance to have some fun, preferably with a friend or a family member.   I don’t rage when a team mate blunders and I don’t ridicule other players.   In this sense, I’m the dead-average player.

Like most players I feel that I understand the game better than I play it.   In my case, my low level of play assures that I’m right.   Short of facerolling my keyboard I couldn’t be much worse.   Regardless, I enjoy watching the game being played by great players.  The commentators at Worlds are superb and the entire spectacle from the pregame show to the wrap-up is professional.    Gaming needs more of this and less of the griping, whining YouTube personalities that somehow acquire millions of subscribers.  This is the good stuff folks.   It’s good for the industry.   It brings the hobby that we love to a wider audience and who knows, if it reaches enough people there might be some who play just as badly as me.   That would be great, not only for me, but for you, so I don’t get matched against your superhuman reflexes and game knowledge.

Embrace Worlds, whether you play League or not.  It’s a positive gaming experience that expands the the boundaries of gaming and that can’t be anything but good.

I appreciate that Bungie did not foresee people shooting long-distance into a cave to get loot.    That said, it was strangely invigorating and a great way to kill 20 minutes when I was about to log out.   I’m not sure whoor what it was hurting, other than the feelings of the Bungie devs.

Bungie Dev:  Hey, have your tried our game?

Gamer: Sure have.  Love it!

Bungie Dev:  Thank you.  What do you like the most?

Gamer: The Loot Cave!  Whoever thought of that is a genius!

Now, believe me when I say that I understand that it wasn’t Bungie’s intention to have players love some obscure, unintended aspect of the game that involved standing still, shooting and running over top of shiny, oh… so.. shiny… loot to get geared up.

Players enjoyed it and frankly, who did it hurt?

“…But shooting at a black hole for hours on end isn’t our dream for how Destiny is played.” – Bungie

This wasn’t the only farming spot and even if it was, you created a massively multiplayer game in which players found a way to farm gear.   You shouldn’t be shocked at this.   Forcing players to play the game your way is a catastrophic mistake.   If your way was the most fun, they would already be doing it.   You have done a superb job of giving us multiple channels to level up and for some that was the Casino Cave or Loot Cave.

Listen to your players (your customers) and provide an excellent experience for them.   Don’t worry about whether it is part of your “dream”.   Let the grow to be their dream and dream along with them.   Every good developer knows that the plan for their game never survives first contact with players.   Roll with it.  Embrace it.  Enjoy the ride and most of all share the driver’s seat with your players.  They are excellent co-pilots.

I’ve used this quote before, but somehow it is even more humorous now.

“I dream of a time when we are judged not by the colour of our Playstation, but by the level of our character.”

Did you shoot into the loot cave?  Tell the truth!

Vin Diesel Fact: Vin Diesel can not only walk on water, he can swim through land.