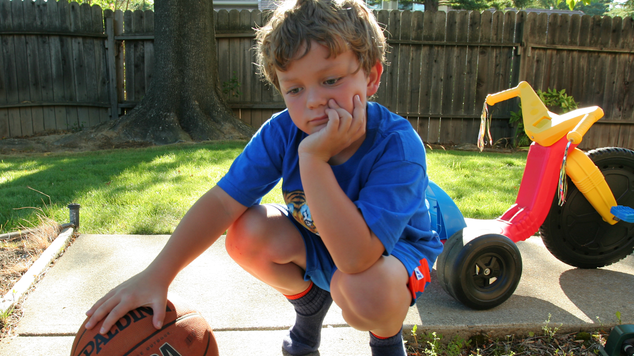 I used to dread having my kids home for summer vacation. It’s not that I don’t like my kids—as progeny go they’re pretty great. No, it’s more that I’ve never liked hearing the statement, usually proclaimed in a whiny voice: “I’m booooored.”

I’m one of those people who, no matter how hard I try, always ends up taking responsibility for the negative emotions of others. You feel sad? Well, then I clearly haven’t done a good enough job of cheering you up. You feel grumpy? I start wondering what I did to get on your nerves. You’re bored? Weeeellll, shit—now I’m obligated to entertain you.

I did do entertaining things with my children—lots, in fact—but it was never enough. All those trips to the zoo were quickly forgotten when it was high summer, with 92-degree temps and 98% humidity, when bike riding was out of the question and playing outdoors for any length of time made them “tooooo sweeeaaaaty!” That was when they’d sit around the house, moping and moaning about boredom.  And then I’d start feeling guilty about not taking them more places, and exposing them to more culture. Why oh why wasn’t I always available to take them down to the beach by the lake (the quiet one on a dead end street that was a well-kept secret) or go for walks in the woods?

My kids grew less bored on those hot days when I was working and there was nothing else to do once video games were in the picture. Back then, the games were a novelty. And, in fact, any new game is still a novelty... for a while. But once a game ceases to be novel, there has to be some compelling reason to stick with it or, very soon, players are saying, “I’m boooooored.” And unlike my kids, who didn’t have any choice but to alleviate their boredom on their own (usually by annoying each other), gamers have plenty of options. If an MMO is boring them, it won’t be long before they’re off looking toward the next new shiny.

There’s a huge conversation to be had here about all the various reasons why games fail, but ultimately, whatever the reason, I believe it comes down to boredom. Gamers will put up with things like mechanics that need tweaking and classes that need balancing for quite some time as long as a game is keeping them entertained.

Entertainment comes in many forms, too. Sometimes a game keeps me hooked because the world is interesting and the story is good. Guild Wars 2 was an example of that. It’s the first game I’ve played to the level cap in a while, and that’s primarily because I wanted to see how my personal saga concluded. (I was a little annoyed with the story toward the end, but that’s another article.) Sometimes a game keeps me hooked because the community is awesome. Landmark is one such game, as EverQuest and EverQuest II were before it. Once a player is embedded in a community they’ll forgive those things that would normally lead to boredom because they want to be where their virtual friends are.

Fix it for Me

Although, I would feel obligated to entertain my kids no matter how busy I was, often I ended up guiltily telling them to suck it up and find something to do.

“You’re kids!” I would cry. “Use your imaginations!”

Developers have no such luxury. Over the time that I’ve been closely involved with the Landmark community, I’ve seen some Landmark developers do the equivalent of waving a hand and saying, “Go play in traffic for a while. Eventually, there’ll be more fun things to do.”

SOE, however, has an excuse—their game is in closed beta and they’ve actually let fans in very early in the development process. Landmark’s entertainment value can only go up. Most Landmark players understand that, and those who don’t have already left for greener pastures, at least for now.

But I’ve come across far too many MMOs over the past decade-and-a-half that failed to pass the “Entertain Me” challenge. The primary questions that any developer should be asking of their game are:

Of course, I’m stating the obvious. Every gamer knows that boredom is the ultimate reason anyone leaves a game. But it seems not all developers have the same understanding. Or else they become blinded during an arduous development process and start fooling themselves into believing their creation is a lot more entertaining than it actually is.

Dear MMO developers, too many of your games have failed to remain fun. I’m booooored! And, unlike me with my kids, you are obligated to entertain me if you want me to keep playing your game. Make them fun and addictive places where communities will congregate and we’ll forgive some imperfections.