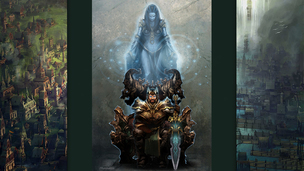 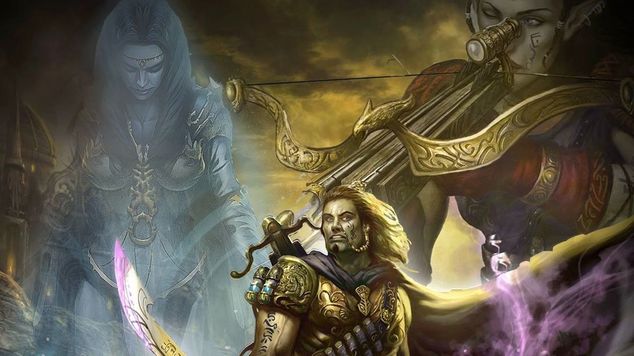 TRIGGER WARNING: If you’re a Brad McQuaid fan, this week’s column is not for you. Seriously, don’t read it. And if you do, and you find yourself frothing at the mouth in rage, don’t say I didn’t warn you.

My columns dealing with the emotional and psychological side of gaming do a lot better in terms of comments and traffic here on Ten Ton Hammer, but... I need to rant.

I met Brad McQuaid at a press event not long before the launch of Vanguard: Saga of Heroes. Consider this a disclaimer—I don’t dislike the guy. He was personable, and clearly had a head full of great ideas. He seemed passionate about his game. Those are all things you want to see in any gaming visionary. But he was also spacey and distracted at the time, and seemed oddly out of the loop on some things when it came to answering questions. Given the proximity to launch when I attended this press event, and the state of Vanguard’s beta, I can only guess that he already knew the game was headed for trouble. It was built on a busted engine, and that engine turned out busted content, and it was destined for a sort of cascade failure.

Vanguard should have been a great game. All the hooks were there. It had many of the things EverQuest veterans were looking for, from a vast world to gameplay mechanics that made the gameplay accessible without being too accessible. It was supposed to be EQ’s “spiritual successor,” the game built by the man in charge of The Vision ™. And it was a hopeless mess at launch, with a vast number of players quitting within a couple of levels because the lack of optimizations made the game unplayable on many systems, even high-end ones. And the whole thing seemed hit or miss—some people’s PCs could run Vanguard perfectly, while others were bogged down with hitching and rubber-banding issues. I had a higher-end system than a friend of mine, with a better graphics card, more video memory, and a faster processor. He could run the game well and I could not. Since not playing Vanguard wasn’t an option for me (I was managing editor of Ten Ton Hammer’s Vanguard fansite at the time), my days were spent endlessly browsing forums looking for optimization tweaks that might make my Vanguard experience at least a little less frustrating.

I don’t blame Brad McQuaid for the fall of Vanguard—it seems as though there was some sort of perfect storm of problems that beset the game from the beginning, likely as far back as when Microsoft and Sigil Games Online severed their publisher/developer agreement. I wasn’t on the inside, so I can’t point any fingers. And all finger-pointing is subjective, anyhow.

But... I’ll never follow Brad McQuaid into the breach again. Once bitten, twice shy, as they say.

Now, if you’ve followed Brad McQuaid at all since his days with EverQuest and Vanguard, then you likely know that he’s been trying to get a new game off the ground—Pantheon: Rise of the Fallen. I keep wondering if that subtitle is symbolic. The Mighty McQuaid certainly fell from grace after Vanguard was the most spectacular failure ever stamped with his trademark Vision. (And there are stories and rumors about prescription drug addiction, mismanagement, and lots more if you care to look them up. I’m not going to go all National Enquirer in this column, however. That’s not how I roll.)

Pantheon, my friends, is never going to happen. And this popped up on my Facebook feed today to illustrate it. 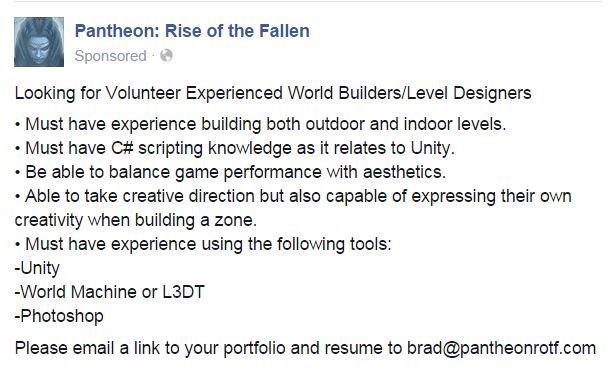 Get in line, folks! Now you can work for free in order to be part of the Vision ™ for a new MMO that looks no better than Vanguard did 7 years ago! I mean it, people—go send Brad your resume now. What are you waiting for? Prove you’ve got the talent to work for nothing!

Okay, okay, I get it—it’s a labor of love. The Pantheon Kickstarter campaign failed in late February, raising only about half of its modest (in MMO development terms) $800,000 goal, so the little team that could had to take it upon themselves to do the work without the essential startup funding. As the Facebook help-wanted ad points out, the team is made up of volunteers.

Don’t get me wrong, the things that Brad McQuaid is saying about his volunteer team and the development process for Pantheon sound good. Case in point:

The Pantheon team right now are all volunteers. We're all people who share a dream but most of us have never even met each other in RL... and it's been fun and rewarding building a community within the development team itself. We are all working remotely, chatting in Skype all day long, sharing screens, uploading and downloading code and images and ideas, and becoming not mere co-workers, but real friends and team mates. The tools and technology are finally here to make such a thing possible—if you had asked me even 5 years ago if a group of volunteers spread throughout the country could come together and make an MMO, I would have told you you're crazy. But it's really happening and the project is really coming together. And if we can do this as a development team, then I truly believe that the community of players that comes later, when we start bringing people in to actually play, in alpha and beta, will be all the more like what you experienced way back in EQ. We'll be able to capture that magic again, the sum will be greater than the parts, and Pantheon will become more than just a game and a fun experience, but also a vehicle or medium where people can and will come together and create true friendships and relationships, where they can break out of their shell, where they can learn social skills, no matter who they are, where they're from, or what their past might be.

Impressive, isn’t it? Before I’m burned at the stake for being a heartless curmudgeon, let me say that I have nothing against volunteer game development. The modding community is proof that people can do a lot by dedicating their time and talents to pet projects. It’s a great way to build a resume. But does volunteer development really work for games as large as Pantheon is trying to be? Does it look anything but awkward (and possibly desperate) on a formerly triple-A MMO developer with a sketchy track record?

I know, I’m being a cynical jerk. And trust me, that’s not my usual M.O. I’m always the one trying to find the positives in any situation. I’m the champion of the possible. But I’m telling you right now, don’t hang your hopes on Pantheon unless you’re willing to be disappointed. My experiences with this industry coupled with my own gut instincts tell me that it’s a recipe for heartache. Brad McQuaid talks a very good game, and he always has, but the proof is in the delivery. He hasn’t delivered anything worth playing since he worked on EQ 15 years ago.

Okay, let me wrap this up with a final statement: I don’t hate Brad McQuaid. I really have nothing at all against the man and I honestly do hope Pantheon succeeds. Anything built on passion and determination is a good thing, in my estimation. Pantheon may someday launch and develop a cult following (although I do feel that’s the best it can hope for), and I’d be glad to see it. I’m all for an EQ successor that sticks to its old school guns (or claymores, as the case may be). I would definitely give it a whirl, ancient-looking Unity engine graphics be damned.

Unfortunately, I’m convinced Pantheon will never happen. The Fallen are not going to rise. But if you’re a lot more optimistic than I, go ahead and support the game. Remember, however, that the protection afforded by Kickstarter is gone now. I couldn’t find any answers as to whether money for purchases is refunded in the event the game does not launch. Unless you can find information I missed, assume that you’re making a donation to the cause, whether it launches or not, and any deliverable items (like gameplay time) are just gravy.

Is my cynicism misguided, folks? I know a lot of old school EQ veterans who want to see Pantheon happen, and it pains me a bit to be the voice of dissent because I consider myself a comrade in all other respects. I’d love for you to leave a comment that proves me wrong. 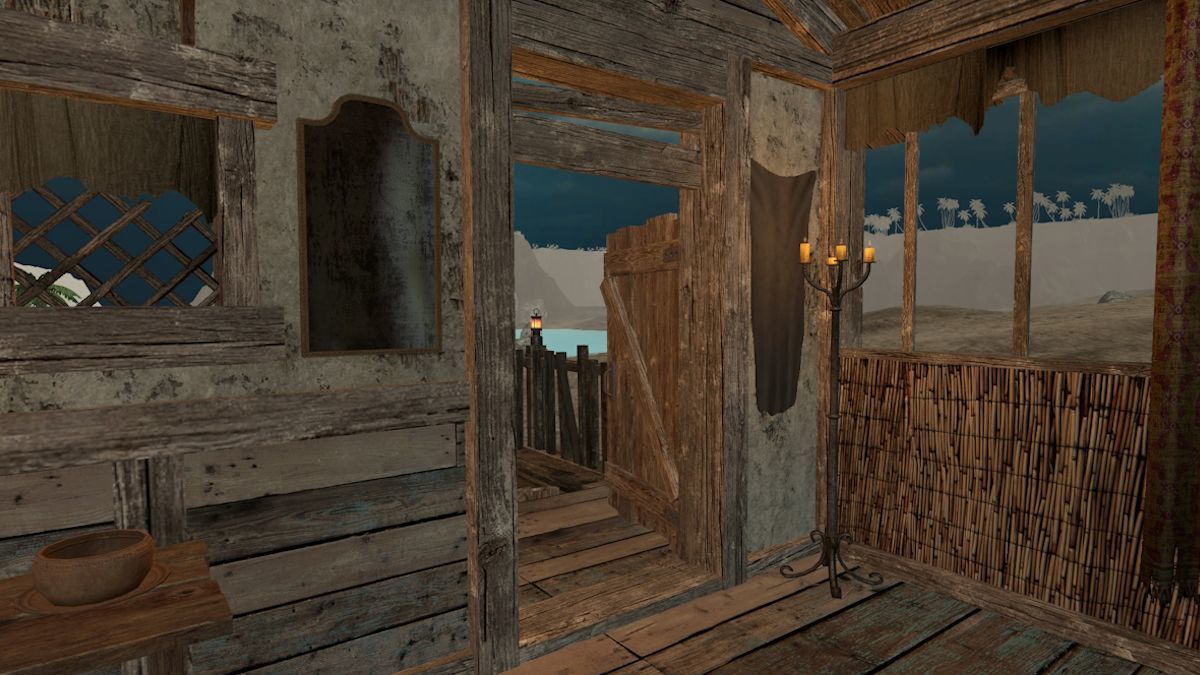 Insight on Pantheon's Redemption
Veluux goes into depth on Pantheon: Rise of the Fallen, why it's a mess right now, but also... why it still has