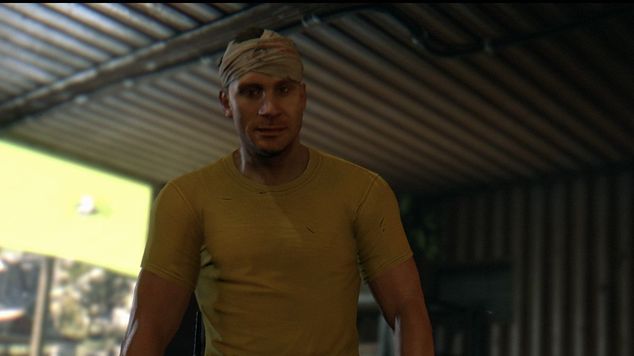 Power Growth in Single Player and MMO Games
Xerin takes a look at the different ways a character's power grows in games.

Respawn is going under some changes, I'm going to be focusing more on entertaining / interesting topics, games that are relavant to me (WoW/Besiege/Kerbal) and less on meta gaming discussions. This change will start next Monday and I figure I'll go out on the "meta gaming discussion" trend with something kind of relevant to me right now. Look forward to the new format next week.

The difference in momentum from a single player game to an MMO is startling sometimes. In a single player game, often you grow stronger and the world grows weaker, where in an MMO you are never ahead of the curve. It's an interesting play between personal strength, narrative, and the contrast between you and your enemy.

In Dying Light, the game starts off with you unable to do anything. Roof climbing is almost impossible, your weak arms can barely get you up a wall. By halfway through the game, you're using a grappling hook to parkour while raining fire down on everything and everyone around you, like a madman. The weird time dilation makes the first "50%" seem to take the longest with the last "50%" of the story being easily completed as if it were more of a joke.

In World of Warcraft, you start off easily killing rats, boars, and murlocs and then move to the point where everything you fight pretty much has equal footing, and by the end you need yourself and an entire entourage of other players in order to win. The bosses at the end and enemies you fight are smarter, better equipped, and more creative and each expansion brings more pain to the loot train.

As you grow in any normal single player game, you grow above and beyond the enemies. This is where Oblivion's controversial system came in place. As you level, so do the enemies, although most have a min/max level, they all generally level alongside you. This creates a few problems unique to the game, the first being that you can ruin your character easily by misspending points and leveling, creating a scenario where there is nothing to farm to level and you can't kill anything without leveling.

Guild Wars 2 takes an interesting approach about it, you grow only a little in power as you level, with your level being more of a gate for content than anything to do with your playstyle or relative power. However, it's an outlier and not the norm, in a good way. It's a great example of how you can make a game that has progression and your character does become more powerful, but it's presented through visual cues and through narrative, rather than actual power.

I think Dying Light presents sort of an over the top representation of the power gain curve, so much to the point by the time you're in Old Town, the NPCs that send you on quests are more than willing to literally throw you to the wolves and have you run back and forth on errands to look at the television, where at the start going five feet from the Tower is presented as this impossible feat.

I think that character growth should follow the GW2 model, where narrative is more of a guiding principle than ability. That's like in a shooter, where as you move through each level the only thing that changes is the availability of guns that are useful in various scenarios, instead of any kind of power progression. In games like Mario, the worlds become more serious and the enemies become harder, but natural skill and muscle memory make you better, not stat points.

Of course, there is mechanics like Ultima Online where as you use a skill its power improves, but that's neither here nor there, no matter the mechanic, I do think growth is important. MMOs do a great job of making you feel like you've grown while systematically making the game harder with each level while single player games often make your growth reach a point where the content becomes trivial, making you feel godlike, like Batman: Arkham Asylum, which at the start makes Batman as strong a piece of dry pasta, but towards the end you have so many tools to deal with everything that it's almost as if Batman picked up a gun.

Alright, that's my meta-thoughts this week. See you guys next week for something pretty cool.