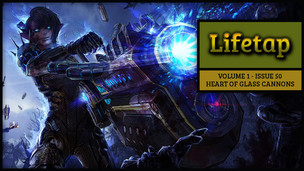 TERA and the Heart of Glass Cannons
Prepare yourself, dear mortal, for a crazed journey into the darkest recesses of the mind in the latest issue o
Column
TERA: Rising 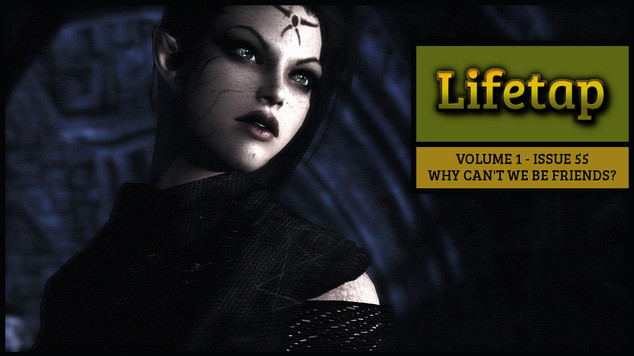 Resolving the Social Dilemma in MMOs
Modern MMOs are not the social experiences they once were. In the latest gossamer-lined issue of Lifetap, Sardu

A recent discussion on upcoming video games with my niece sparked some interesting dialog about the social component of online games. We live in an era where there are plenty of third-party tools for practically any game to become a social experience, whether that is the original intent of the development team or not. With very little friction, you can stream gaming sessions from most platforms, and each day we see examples of Twitter being used as an extended form of guild chat.

At the same time, most current MMOs are not the social experiences you would assume them to be given the nature of virtual worlds containing thousands of concurrent players. This wasn’t always the case, but somewhere along the line this aspect of MMO gaming has taken a hit. While you could argue that the origins lie within the timeframe of the push for heightened accessibility circa 2004-2008, this is only one piece of a much larger puzzle.

The ability to actively participate in combat as an individual in an MMO can be looked at as smart game design. You can in no way guarantee how many people will be online in your game at any given point in time, so you need to insure that core activities don’t always require them to be. At the same time, many MMOs begin to fail in this area by not factoring in scalability. What systems do you have in place to encourage social behaviors when you do have full servers?

The answer for most games is little to none outside of elder game or max level content. The advent of public or dynamic events originally introduced with Tabula Rasa, later popularized by Warhammer Online has come into its own in more recent games like Guild Wars 2. The concept attempts to address that need for scalability while also providing positive reinforcement when players actively work together to achieve a common goal.

Those systems ultimately break down, however, just as quickly as those events come to their natural conclusion. I’ve seen this exact same pattern in countless titles, from Rift and Defiance, to Guild Wars 2 and countless others featuring scalable open-world group content. Once the event has ended, there are no tools or systems in place to encourage players to stick together, so they largely scatter to resume individual pursuits.

Early on in the discussion with my niece, she noted that she’d recently begun playing TERA with some of her friends from school. When she mentioned reaching level 14, I jokingly made a comment about that being the point in TERA when the “grind” begins to set in. Her reaction was exactly what many of us would hope to hear. The kill-ten-rats treadmill doesn’t bother her in the slightest because she’s doing it with friends.

And therein lies the reason why I consider rampant complaints about the grind in certain MMOs to be such a cosmic joke. When played socially as intended, the moment-to-moment gameplay needs to fulfill a dual role, and find a balance between the two equally important parts. As an individual, you should feel that some form of progress is being made, but the activities must also be simple enough to provide room for social interactions.

Older MMOs addressed this by featuring very simple mechanics that are largely overlooked in more modern titles. Most designers assume that active combat systems require a very short time-to-kill in order to make players feel powerful. The thing is, as you increase time-to-kill you are also providing room for downtime between fights. That downtime is critical for facilitating social interactions, yet is largely absent in newer MMOs.

The perception of grind is largely fueled by this lack of necessary downtime. I’m not saying we should have to sit on our butts looking at our spell books for a full two minutes between each and every fight, but there needs to be a balance between up- and downtime if your game is going to have any impact on a social level.

A World Without Healers

Perhaps one of the biggest offenders in the strike against social gameplay in MMOs has been the shift away from specialized classes. Crowd control specialists were the first casualty, and now healing classes have also begun a very pronounced extinction cycle.

This process began roughly around the emergence of the perception of the “holy trinity”. In other words, the notion that for a group to be successful, all you needed was a tank, healer, and crowd control (later replaced by generic DPS).

What most people overlooked were the social abilities present in nearly all classes in older MMOs. While it was true that some content only required specific roles at a baseline level, most classes could still provide very real benefits when present in groups. I can’t even begin to count the number of times I was thankful I had an enchanter in my group in EverQuest to handle crowd control, or how many times my group was thankful I was playing a necromancer when things went south. Or for that matter, the buffs provided by a shaman or druid, or the absurd movement enhancement capabilities of the bard.

As human beings, we tend to specialize in certain skill sets. We then seek out other individuals with complimentary skill sets as the basis for nearly every social activity involving the need for skills to be employed. No one wants to listen to a band with nothing but five drummers playing the same rhythm part, nor would you want to play an MMO built by a team of 50 animators.

So I guess the question here is why have we allowed MMO classes to devolve to the point of being so generic that there is absolutely no need to specialize? As much as I nitpick about raiding in MMOs, the sad fact of the matter is that they also tend to be the last bastion of specialized class roles left within the genre.

The net result is the negative reinforcement that you simply don’t need to be social in an MMO to succeed outside of very limited slices of content. Case in point: I can solo the same dungeon in Skyforge 10 times on 10 different classes, and be equally successful each and every time. The only difference is combat efficiency, which also encourages players to seek out the path of least resistance. Why spend 20 minutes in a dungeon when you could do it in 10 on a different class?

Make it Social, Make it Stick

In the grand scheme of things I have only begun to scratch the surface on the subject of the sad state of social systems in MMOs. The areas noted above each contribute directly to the mass migration patterns we see between games, however, and have played a role in the mass exodus witnessed within the first 30-60 days following the launch of countless triple-A MMOs. These companies then begin chasing the wrong culprits, make their games “free-to-play” and ignore the lack of social stickiness by attempting to make the games even more “accessible”.

Most often, these studios are barking up the wrong tree. You had players, but couldn’t retain them, so making it easier to bring in more players will only get you so far. Even if you are able to reverse negative financial trending in the short term, you are also sitting on a house of cards. Yes, you need to reduce barriers for entry, but what have you done to address what is waiting to greet players once they’ve stepped inside?

I do intend to explore this subject matter further, but similar to the last issue of Lifetap where I shine a spotlight on Shroud of the Avatar’s success in the realm of communication, I will be highlighting examples of games and systems that are noteworthy for their efforts in encouraging social behaviors. While the list is ultimately shorter than I’d like, I find far more benefit in citing positive examples than calling out the bad ones.

As a final note, I’ll leave you with the following statement I made on our forums as food for thought:

“The next massive MMO won't be because of the marketing hype for its flashy active combat system, or amazing dungeons and raids. It will be because the developers sat down with a blank piece of paper and asked the question, "how can we make this the best social gaming experience possible" and then built the entire game around the answer.”