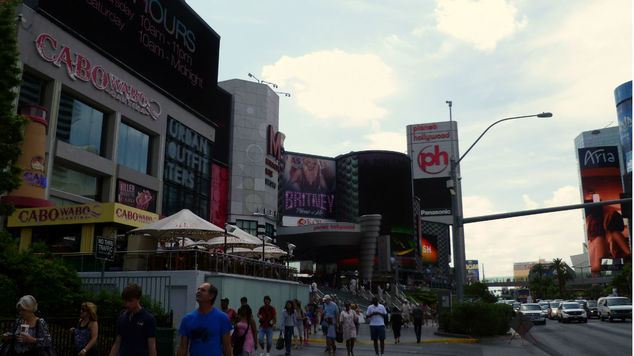 The Introvert Does SOE Live

So, here’s the deal – I’m a writer, not a partier. There are plenty of people (some quite famous) who can do both; I’m just not one of them. I also have this thing where crowds make me feel all heart-attacky. As I mentioned earlier today on my Twitter feed, I’m not really a Vegas girl. A cabin in the woods is more my speed. And yet, here I am in Sin City for SOE Live, one of the industry’s biggest parties and fan events among those sponsored by a single developer. I may not be a Vegas kind of girl, but it's hard not to get caught up in the spectacle.

SOE Live starts off all business. Today, the press gathered to get the Cliff’s Notes version of what’s going to be revealed during the keynote presentations on Friday. (Let me tell you, it’s all good stuff. The Landmark presentation especially impressed me.) We had our opportunity to interview Thom Terrazas (Producer) about EverQuest, and Holly Longdale (Producer) about EverQuest 2. Tomorrow, we’ll chat with some of the team members responsible for Landmark and EverQuest Next. There was talk of embargoes (we can’t release any of the intel we’ve gathered until Friday) and other official business. But later, we were directed to meet for dinner and drinks. After that, the PR team whisked us off to a bar. It’s awesome to be fed, and inevitably plied with free drinks, but eventually the party becomes something for the extroverts and the social drinkers, of which I’m neither. (I did take a margarita for the team, though. These are the sacrifices I make for my art.) 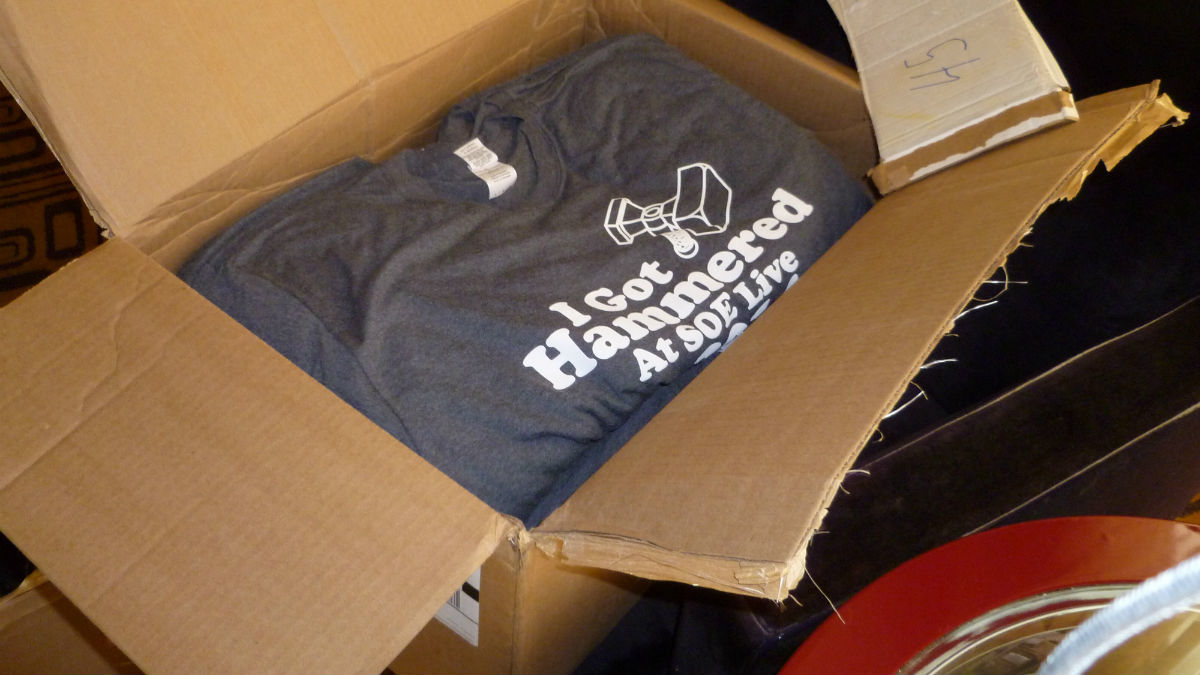 The irony here is that I will probably not get Hammered at SOE Live, despite our awesome t-shirts.

But even the introvert in me has to admit that the extracurricular gatherings can be fun. I’m The Quiet One on our team, but even so I’ve been in some engaging conversations with both my own Ten Ton Hammer cohorts and others from the press community.  Over dinner, it was my pleasure to hang out with my minion (er… staff writer), Alex “Veluux” Wall, and streamer extraordinaire, LockSixTime. We chatted MMOs pretty much non-stop. Admittedly, I did more listening than talking. (It’s my role in life to observe and then weave those observations into the things I write, so be careful what you say around me.) Still, it was great to have a conversation over dinner where the people engaged all spoke each other’s language – the language of gaming.

As crazy as SOE Live can be (and it’s only getting started), I wouldn’t have it any other way. I’ll fight my anxiety over crowds (Vegas definitely has them, if not SOE Live itself), subvert my own introversion, and even drink a margarita for the team just for the chance to learn more about the incredible things SOE is doing with the EverQuest Franchise in this, the Year of EverQuest, which marks EQ’s 15th anniversary, EQ2’s 10th, and Landmark’s alpha and closed beta launch. I truly believe that, if you’re a devoted MMO player, SOE is the development team to watch. Not only that but SOE Live, with its throng of dedicated fans, proves that the community surrounding their games is second to none.

If you’re interested in SOE’s titles, please do keep a close eye on Ten Ton Hammer and EQHammer for details to come. (Friday, Friday, Friiiiidaaaay!) You might also follow me on Twitter for live tweets from the event, so you can live it vicariously if you haven’t been fortunate enough to attend this year. You can even check out my event photo gallery. It’ll almost be like being here.