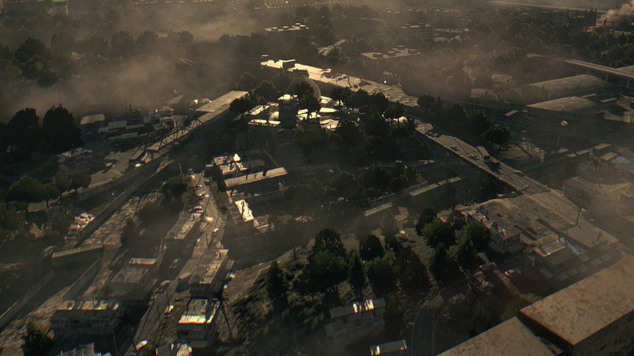 Top 5 Worst Horror Tropes in Video Games
Horror has a strong place in the video game genre lineup, but a lot of developers heavily rely on certain trope

Horror tropes are so common that they are parodied then the parodies are parodied. We see a lot of horror tropes show up in video games and I think I'd like to list in today's column my five most disliked tropes. You may or may not agree, if you do or don't, sound off in the comments.

I base a lot of these on Dying Light, the most recent survival horror game I've played, but it only goes to show and highlight how pervasive these techniques are and how OVERUSED (keyword) they are. Remember that oftentimes the right mix of things makes for a better experience then a game going whole hog for something and using it as a crutch.

In Dead Space, the original, at the very start you're chased weaponless with no way to defend yourself as the first Necromorph you're introduced too chases you. Any failure on your part to get to the elevator and you're dead. This signals the start of you not only being alone, but that you were helpless. No jump scare, no intense loud noise out of nowhere, just raw, pure fear.

Skip ahead to the rest of the game or most "survival horror" these days and you'll see nothing but things jumping out at you, screaming as loud as possible, making you either a heartless monster that doesn't care about such things like the ultimate badass or weeping uncontrollably in the floor as you throw your headphones off and reach a kill screen.

The joke being in that most survival horror games, death is meaningless, so the jump scares are the only way to produce fear, because atmosphere and "creepiness" just don't cut it I suppose.

Dying Light and to a large extent Dead Island is so guilty of this with the Bomber / Suicider, but it's never any fun to just instantly die or have no option of doing anything to stop it. Let me set the scene, you're playing Dying Light and you just retook a safe house. There are no blips on the radar. You move in to engage the last circuit breaker when a door creeks open, out comes a bomber who sees you and immediately explodes. You've now died, having retaken the safe house, and spawn a few blocks down the way. Literally little to nothing you could do.

Another scene, you open a door, there is one, it sees you and explodes. Another scene, you walk into a room and to your right, behind boxes, is one who decides it's time for you to return to your last checkpoint or a nearby safe house.

Now, you're playing any other horror game and you trigger an event that insta-gibs you. Nothing you can do, no quicktime event, nothing at all that is in your control. Survival horror should be about being able to survive, it shouldn't involve cheap scare gimmicks and dated exploding enemies to make you fearful of the world.

A lot of horror games rely on the dark to properly scare you. While darkness is a great atmospheric effect to really bring out the scare, it's not something you have to rely on (DOOM we're all looking at you). Taping a flashlight to your gun is a solution, but often times heroes don't have duct tape, so you bumble around waiting for the next thing in the dark to scare you.

Don't get me wrong, atmosphere is critical, but there are so many examples of scary atmospheres that didn't rely purely on the lighting. One game called One Late Night which is in a properly lit office that has plenty of fear within it, but again it relies way too heavily on jump scares.

Dying Light is scary even if throughout the game you see a lot of faces, but games like Dead Space and Daylight are all about the idea you're alone, in addition to games like Amnesia where you're super alone. Although in a game like Amnesia I'm more excited about the loneliness than in say Dead Space, because Dead Space doesn't have that good of a reason for you always to go off on a solo adventure, whereas Amnesia needs you to be alone for it to work.

I think Dying Light is a great example of how you can in a situation where you're pretty much helpless, with this huge tasklist in front of you, and in constant communication with other NPCs or even PCs who hop into your game. Especially at the start, when fighting one zombie drains your entire stamina bar. I don't see why every horror game has to be in the dark, with no one around you, and an instant kill jump scare is hiding in the darkness. At least Left 4 Dead did a good job of making sure you weren't ever truly alone.

#1: Guns Being a Faux Pas / The Loud Noise Conundrum

This one is drives me up the wall. Most horror games frown heavily on the use of a gun. This dates back to Alone in the Dark where the gun and limited ammo were for solving puzzles and not actual combat. Since then, for some reason, horror games just absolutely do not want you to have a gun. In Daylight, you don't ever get a gun. In Dying Light, guns cause way more trouble than they help.

Seriously though, guns are not a bad thing and don't make games less scary. I get so annoyed with the fact that they're shyed away from so much. There are ways to make their power limited, for instance, the walking dead probably honestly aren't going to care if you shoot them with a small caliber handgun anywhere, including a headshot, so really you don't have to make guns that powerful.

Dying Light is annoying in the fact that firing a gun outside doesn't just attract attention, but spawns virals which are more powerful zombies. Fire a gun at them and another will come. Sort of like firing rocket launchers in GTA and racking up endless stars. It's a novel way to deal with how powerful guns are, but I still think you can balance ranged weapons beyond avoiding them.

Imagine, if you will, a gun just stunned the undead but for the living it was hyper effective, and switching between melee and firearms had a strong purpose (Witcher silver sword style). That's more satisfying to me than just... avoiding guns or making their use redundant.

This, again, is just my opinion and I feel that any of these tropes can be in and are in great games, but their use to me is getting quite tiring, especially spread on so thick in modern horror games. Feel free to sound off below what you think.