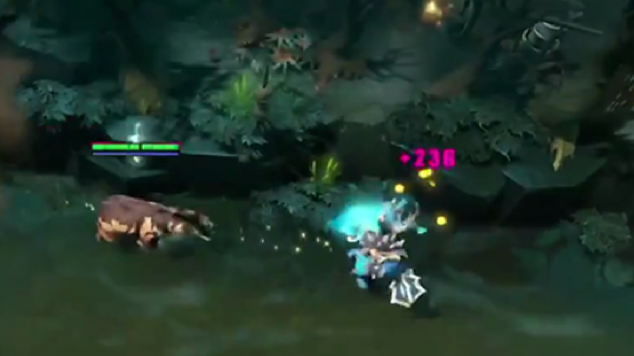 10 Tips for Last Hitting - Dota 2
Ten tips that will help you up your last hit count drastically.

No matter the role you pick in Dota 2, knowing how to last hit is essential if you want to be successful. Last hitting is when you land the killing blow on an enemy creep or enemy hero. Striking this finisher not only gives you bragging rights, but also rewards your hero with additional gold. This gold will be your primary source of income in Dota 2, which is why it is so important to learn how to last hit consistently with a variety of different heroes.

Health Bars On - Right off the bat you will want to make sure you have health bars enabled for all creeps and other creep. Without knowing how much health is left on a creep makes last hitting nearly impossible, unless you're great at tracking how many hits each of them has taken.

Avoid Auto Attacking Creeps - Auto attacking creeps will only make it harder to guess when to go in for that killing blow and will push your lane, making you vulnerable to ganks. Instead wait for your creeps to do most of the work and then strike the felling blow. The exception to this is when you want to push the lane, or when you are doing enough damage to take creeps out in one or two attacks.

Know Your Creeps - Melee creeps have more health than caster creeps so you may have to wait a little longer before going for the last hit. Another thing to pay attention to, is how much damage the creeps do to one another. Once you've got a feel for that, you should be able to tell how many hits from a melee/ ranged creep it will take to get an enemy creep into the "sweet spot".

Using Spells to Farm - Farming creeps with spells is usually only a good idea when you're using low mana cost spells and/ or you are pushing the lane. Otherwise you may find yourself in a vulnerable position with no mana and an incoming gank.

Denying - Just as important as last hitting creeps is denying them from the enemy. Once a friendly creep falls below 50% you are free to force attack it (press 'A' and left click) and kill it yourself. Doing so will prevent the enemy hero from getting any last hit gold and will only award them a small portion of the experience they would have gained if they killed it themselves.

Tower Play - It's always a good idea to keep enemy creeps away from your tower. If they do come within range it will become extremely hard to gauge when the creeps will be open to a last attack, especially if you have your creeps hitting them at the same time. If possible, try to keep the waves balanced in neutral territory where you can keep the pace yourself.

How to Practice - Learning how to last hit properly is a never ending battle if you're new to it, as you most likely will not be playing the same hero every match, and each one does a different amount of damage with their basic attacks. To save yourself (and your team) some frustration, load up a match against (or without) bots strictly for the purpose of last hitting. When you can last hit 80% of a wave, switch to a new hero and learn how to do it with them. Eventually you will have a whole stable of heroes you will fell comfortable last hitting with and will play all that much better for it.

Timing - We're not talking about waiting until the creep is low health this time, instead pay attention to the time it takes the animation of your hero's auto attack to go off, and if applicable, how long it takes their projectile to get to the enemy creep. Many a last hit was missed because an attack was a second too late due to the attack animation and projectile speed not being taken into account.

Be Aware of Your Enemy - As if it wasn't hard enough already, you've got to be on guard for the enemy heroes attacks and any possible ganks that may head your way. Many times the enemy will wait for you to go in for a last hit before unleashing their attack, so be sure and tread cautiously.

Items Make it Easier - There are some useful items to get right of the bat that will make you're life a lot easier during the early levels of farming. If you are a ranged hero invest in some Branches early on to get the most damage for your dollar. More damage means you'll have a larger window for your last hits. If you're a melee hero consider getting the Quelling Blade, which gives a 32% bonus to all attacks against non-hero characters.