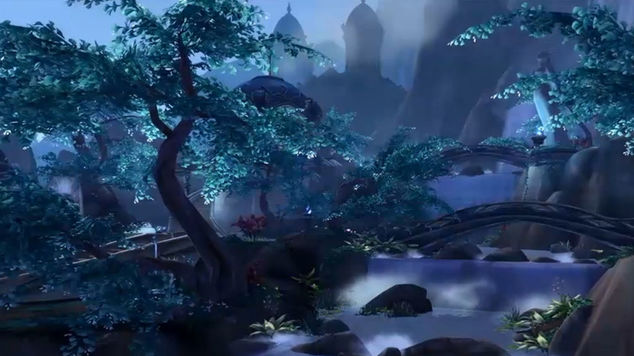 The Broken Isles are a brand new continent being opened in World of Warcraft: Legion. A group of islands located in the South Seas, they play host to many ancient ruins and undiscovered magics; including the Tomb of Sargeras. Long lost to the ages, this scarred and fractured landmass will be propelled into the spotlight as the Legion threatens to destroy our world.

Here on these ancient ruins, players will search for the Pillars of Creation, artifacts that were used by the Titans to create Azeorth. These artifacts, hidden in the various zones of the Broken Isles, may be the only hope we have of closing the Demon Portal allowing the Legion to pour into our realm.

The Broken Isles we will explore in Legion are but a shadow of what once was. Around 10,000 years ago, the Broken Isles were known as Suramar. This region was just a tiny part of a vaster region, all reigned over by the ancient Night Elves who were at the very height of their power. Then came the Sundering. Suramar and the surrounding regions were devastated and only a fraction of the zone and the once glorious empire remain here. 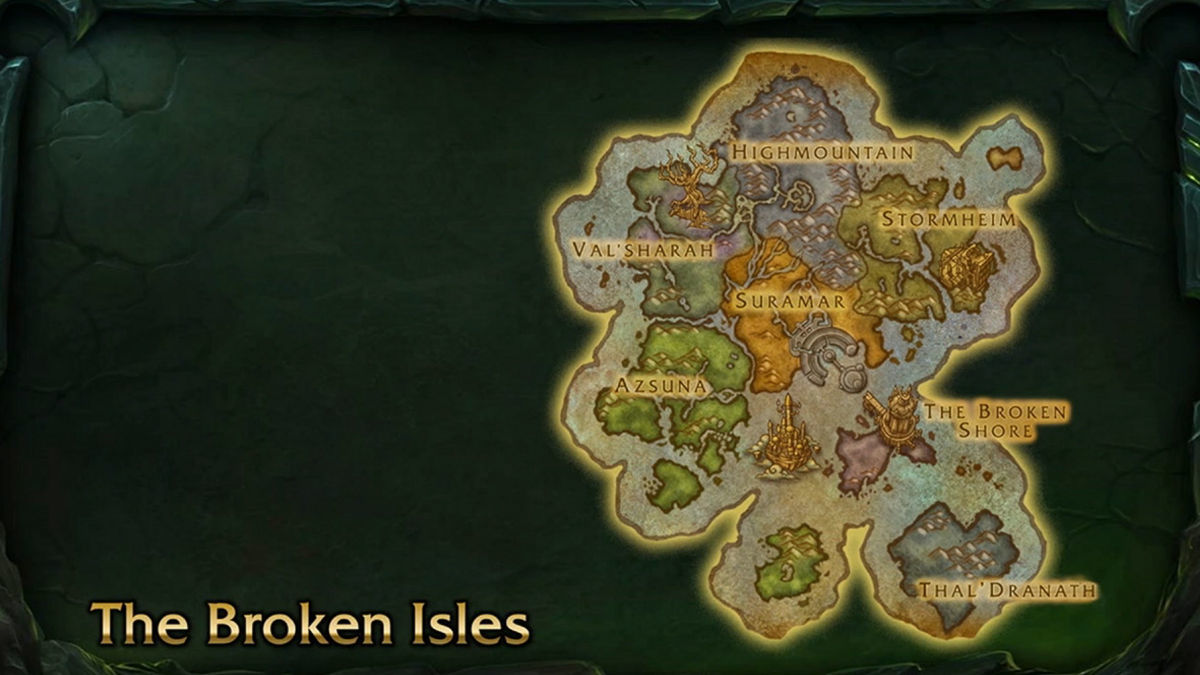 The Broken Isles as we will see them in Legion are divided into six very distinct zones: 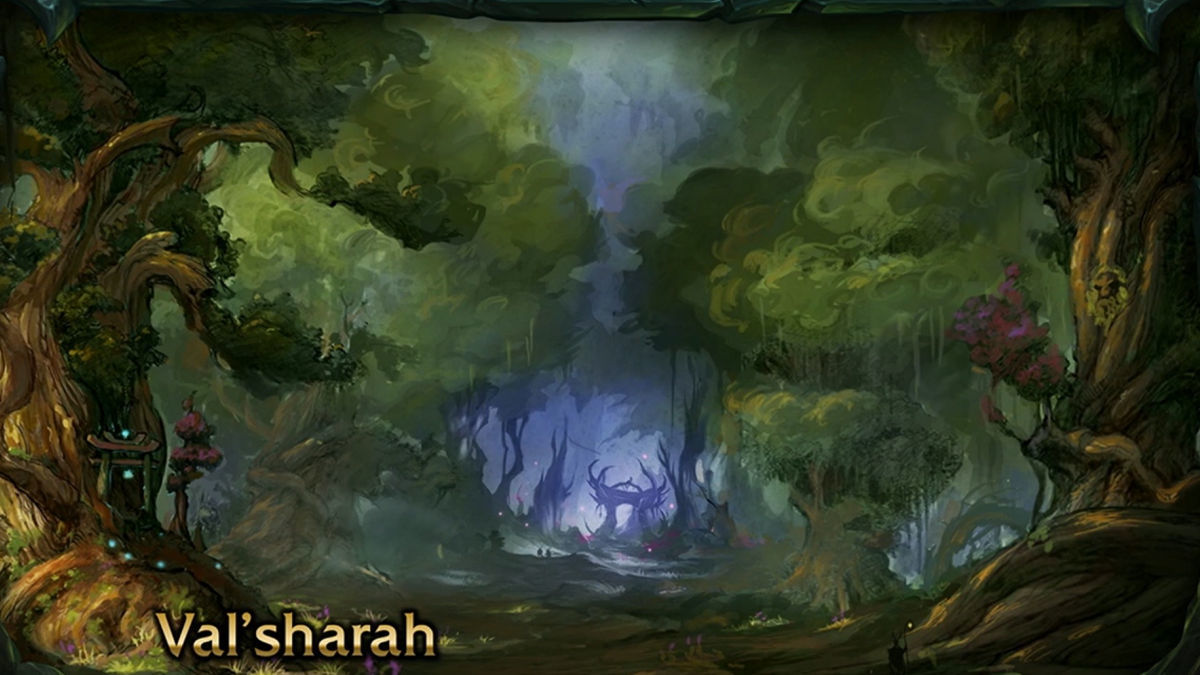 Val'sharah is a beautiful forest that houses the hidden and forgotten Heart of Druidism. It was here in this beautiful forest that Malfurion met Cenarius and that druids have been coming to hone their craft for thousands of years. However, not all is well inside of Val'sharah; a darkness is creeping in. The Emerald Nightmare has taken over large portions of the zone. Something must be done or Val'sharah will be totally corrupted. 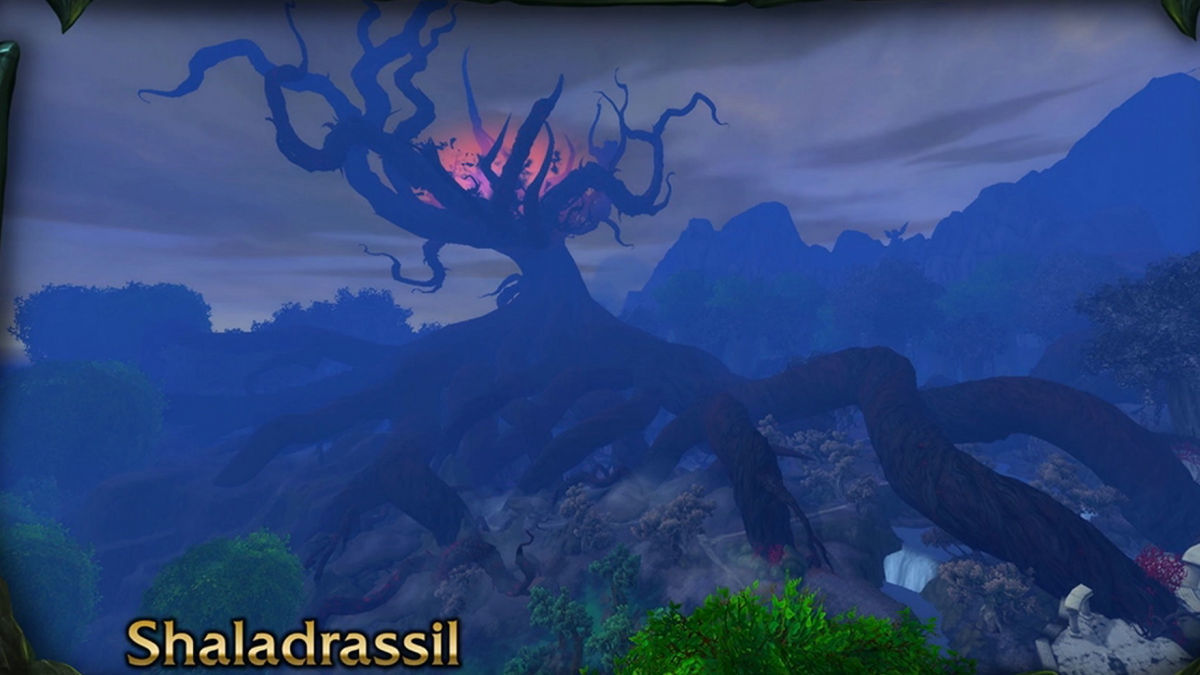 Shaladrassil was once a vital and thriving world tree, serving as a gateway into the Emerald Dream. However, the Emerald Nightmare has managed to seep out and corrupt and twist Shalarassil into something truly awful. While many Arch-druids still remain here, the zone is slowly turning to darkness. With waves of Satyrs flooding the zone and Nightmare dragons filling the skies, Shaladrassil is a far cry from the beauty and life it once represented. 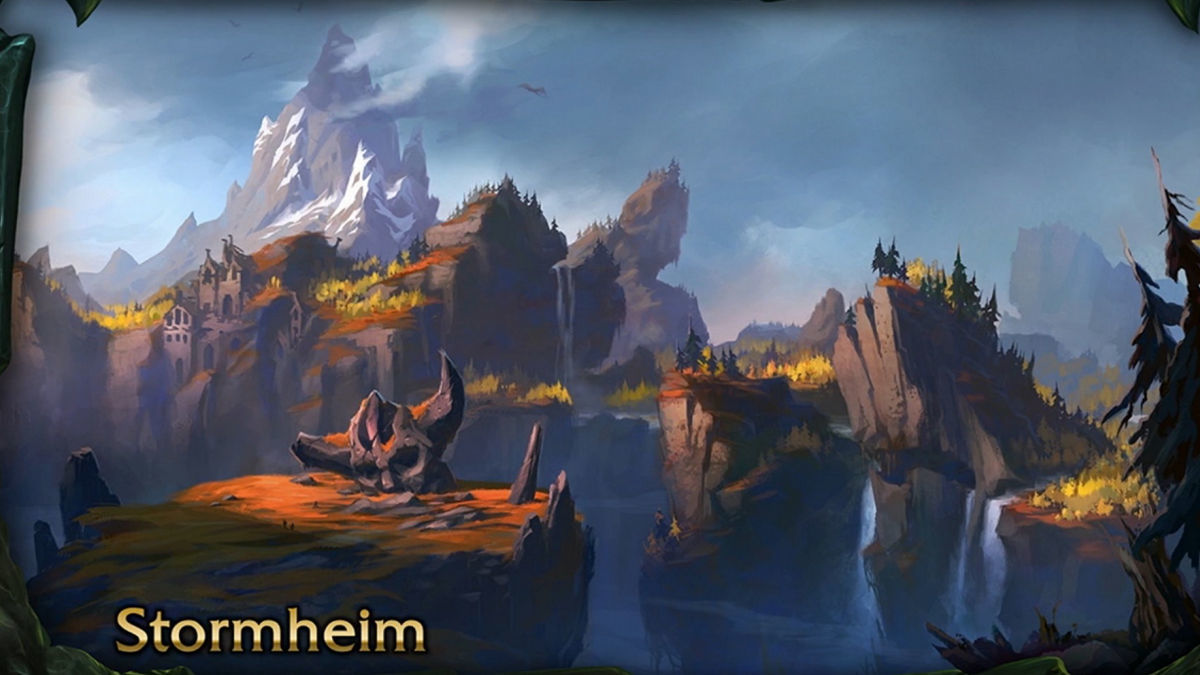 Reminding us much of the Arathi Highlands, Stormheim has a deep, rugged beauty that has remained much uncorrupted. This zone is home to a clan of Vrykul that left Azeroth long ago. These Vrykul came to this land to seek out their true Gods. As we meet the Vrykul we will explore their history, as well as the history of the Kvaldir. Here we will take on the God King as he seeks access to the Halls of Valor and are introduced to a brand new flight of dragons; Storm. 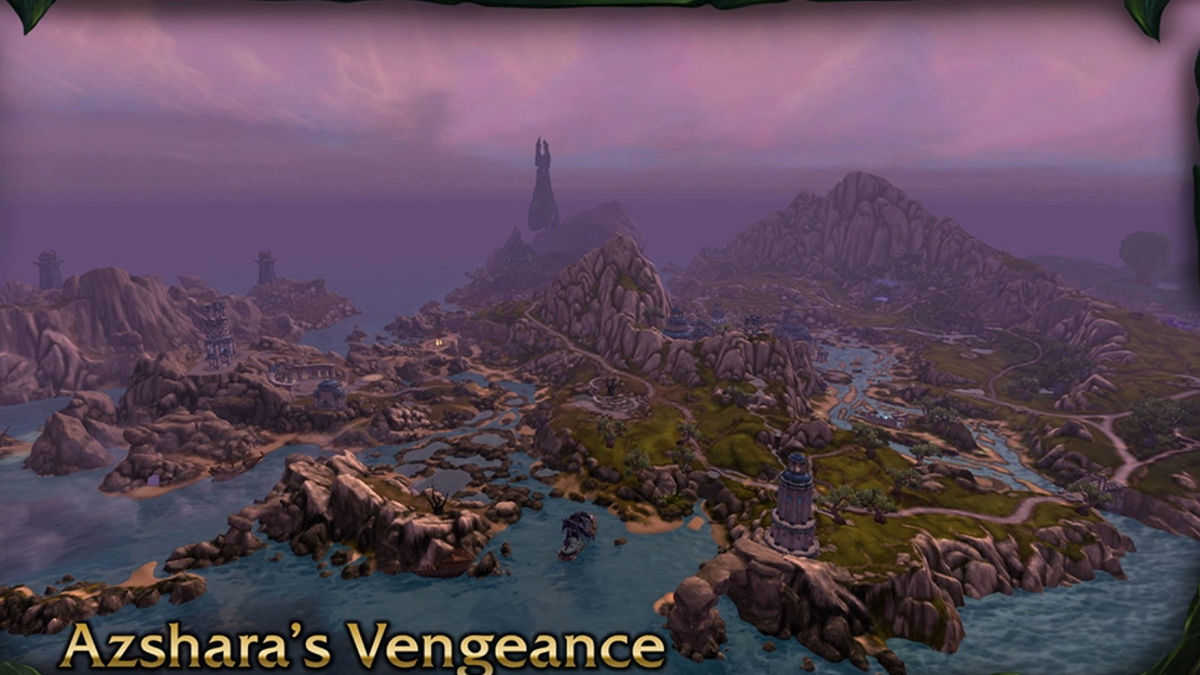 At first glance Azsuna appears to be a serene landscape, however, first appearances can be deceiving. This land is cursed and haunted, its devastation occurring well before the Sundering. Queen Azshara, in a display of ultimate power, killed thousands of her own Night Elven people here leaving a mark that can never be erased. Now the Queen has sent her elite Naga forces back into the zone, allied with Sea Giants, to recover an important relic.

Besides the Naga and Sea Giants, players will find that a small group of Blue dragons has taken up residence here. Azsuna is rich in arcane energies and has drawn the attention of these arcane loving dragons. Also found here is the Vault of the Wardens, one of the key locations in the Demon Hunter starting experience. 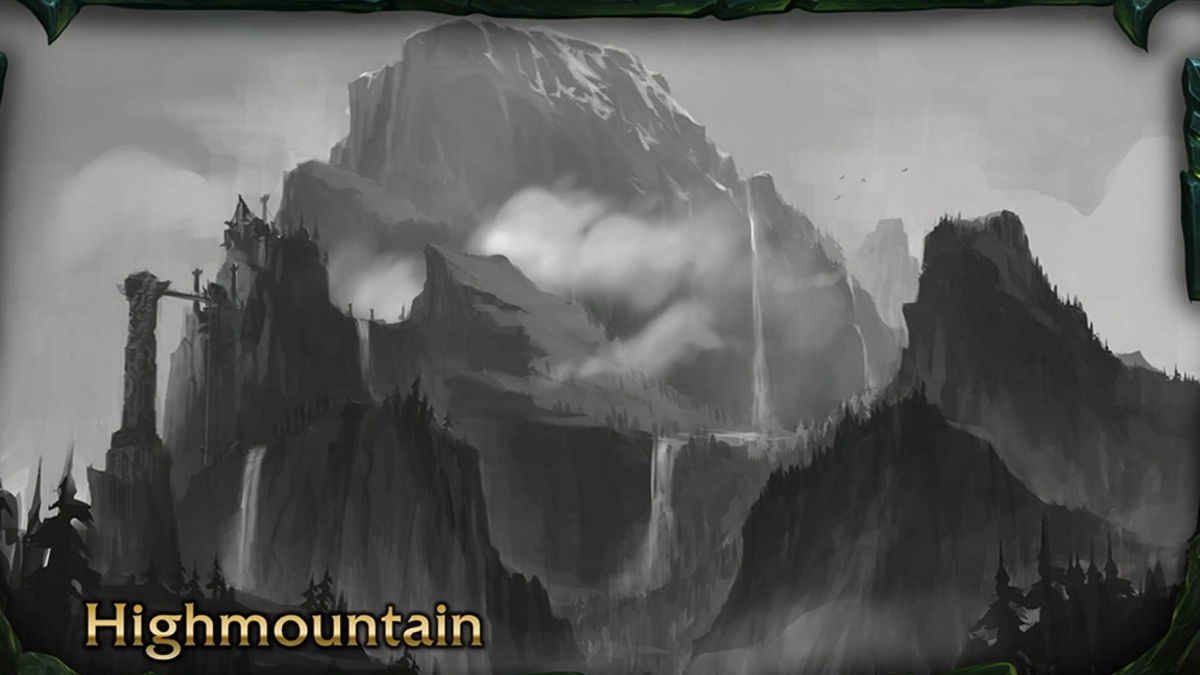 Highmountain isn't just a name for this zone. With untamed wilds, fertile valleys, and deep canyons, this zone is best known for playing host to the largest mountain peaks found anywhere in Azeroth. Rich with natural beauty, Highmountain is home to three ancient Tauren clans. These Taurens have lived here for thousands of years and are the direct descendants of the Taurens who fought in the War of the Ancients. Typically peace loving, these clans have recently found their serenity shattered. The cave-dwelling Drogbar, once enslaved to Neltharion, have risen up and stolen the Tauren's most sacred artifact. With the clans unity disrupted, the Drogbar plot to destroy them and thus rule Highmountain as their own. 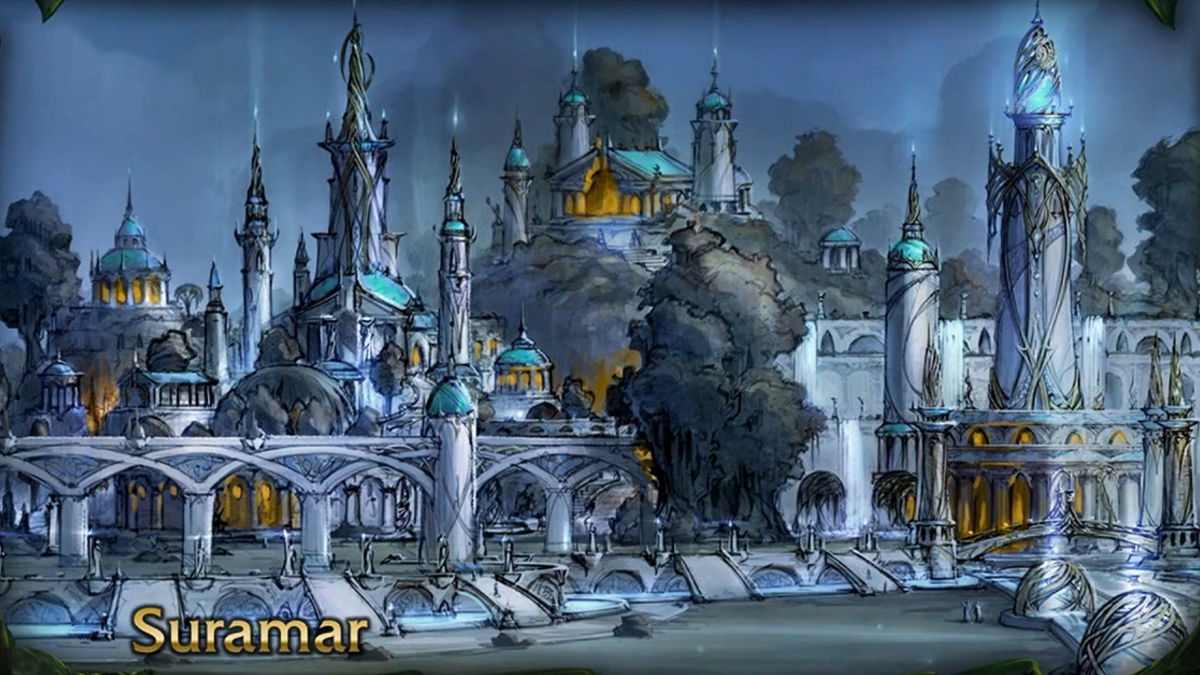 Suramar is the central point in the Broken Isles, connecting to all zones but one. This zone was hit hard in the Sundering, however, Suramar City remains in tact. A thriving Elven metropolis, the city was protected from the devastation by tapping into pure Arcane Well to create a dome around the city. This dome remained in place for 10,00 years. The Elves inside became dependent on the energies of the well. The well has been abused and has become corrupted, shrouding the city in darkness and becoming known as the Nightwell. Recently, the leader of the city has forged an alliance with Gul'dan, the dome has come down, and Legion forces now occupy the city.

The Broken Isles has a unique type of game play that we haven't experienced in game before. Many of the zones here were designed to flex. This means that when you enter a zone it will change to suit your level. Mobs, gear, quests, will all scale to whatever level your character is currently at. You can move between these zones freely, giving you the option to do what you want when you want to do it. The only zones exempt from this flex style will be those that are meant to be experienced at maximum level.

The Broken Isles are home to a plethora of dungeons including 5 designed for the leveling experience:

As well as 5 dungeons for players who have reached max level:

For players looking for more of a raiding experience, the Broken Isles will come equipped with two large raids right out of the gate with a total of 17 bosses between the two: