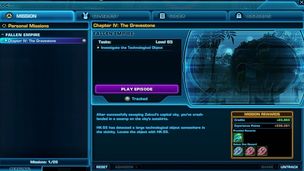 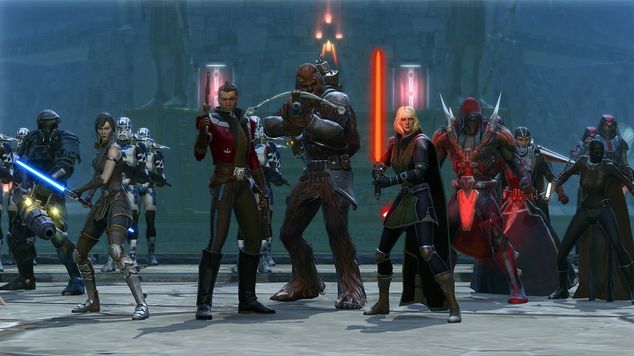 Crafting in Star Wars: The Old Republic involves knowing where to find the many materials you will need. Sure, you can simply send your companions out on missions to acquire the needed materials, but that's a crap-shoot - the amount of materials you get from these missions may not justify the expense, and there's a chance they will fail anyway. So grab your hand-scanner and board your spaceship, because if you want something done right, you gotta do it yourself.

Raw materials for crafting are divided into six grades, which generally correspond to specific level ranges. Each grade is divided into two tiers, and often these different tiers are found on different planets. For example, Desh and Aluminium are both Grade 1 Scavenged Metals, but Aluminium is more commonly found on Balmorra (for Empire players) and Taris (for Republic players) than it is on Dromund Kaas or Coruscant, where Desh is very common.

Most resources are common on at least 2 planets, and some can be found on 4 or more. Also, most planets have at least 2 common types of resources for each profession, but some have 4 or more. Very rare Grade 7 materials that can be harvested via the gathering professions are found only in level 50 areas (for example, the areas on Belsavis associated with the level 50 daily quests), but some come only from hard-mode flashpoints and operations.

The charts on this page indicate the planets where resources can be most reliably found. It will be possible to find small amounts of some resources on planets where they are not indicated. Also, because of the semi-random nature of resource nodes (and depending on population density), some materials may be very scarce on planets where they are indicated. Resources may be found by seeking out level-equivalent mobs on a planet - the lower-level mobs in starting areas usually indicate the presence of lower-grade resources, and the higher-level mobs in later areas usually indicate the presence of higher-grade resources. This is not always the case, but works as a general "rule of thumb" for resource-hunting.

If resource nodes for Scavenging and Bioanalysis are rare, these resources can effectively be "farmed" from Strong, Elite and Champion mobs of the appropriate level (droids for Scavenging, non-humanoid biological creatures for Bioanalysis). If a resource is rarely found in nodes, try killing tough creatures or droids near the nodes to see if they produce the desired material.

Slicing is technically a gathering profession, but Slicing nodes generally produce unsecured credit cases and not crafting materials. The sliced tech parts, schematics and other goodies that come from Slicing are mostly found through missions.

For crafting the best stims, adrenals, medpacs and implants, you need to collect a lot of biological samples and compounds scraped up from the most dangerous areas or harvested from the most deadly creatures in the galaxy. Bioanalysis has perhaps the largest assortment of ingredients, most of which can be found in wilderness areas or in gardens and large planters on the more urbanized planets. Some resources can be harvested from the bodies of Strong and tougher non-humanoid mobs after they are looted for mundane loot. 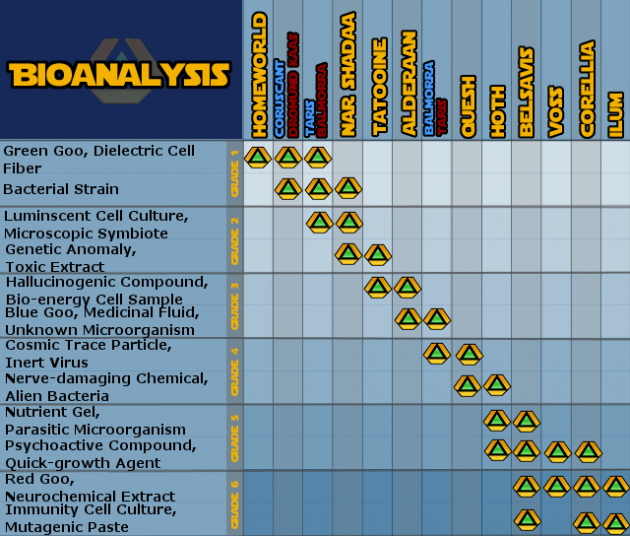 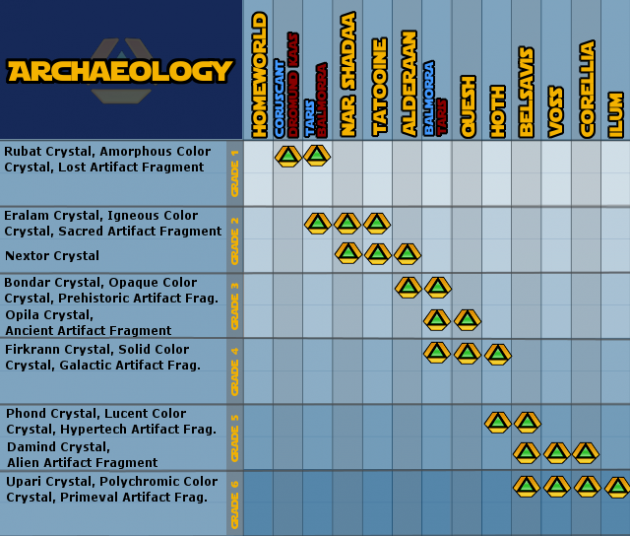 Armstechs, Armormechs and Cybertechs all rely on scavenging for procuring the metals and compounds they need for their goods. These resources are most commonly found scattered among debris-fields - for example, starship crashes, junkyards, industrial areas and the like. They can also be harvested from Strong and tougher droid enemies after they are looted for mundane loot. 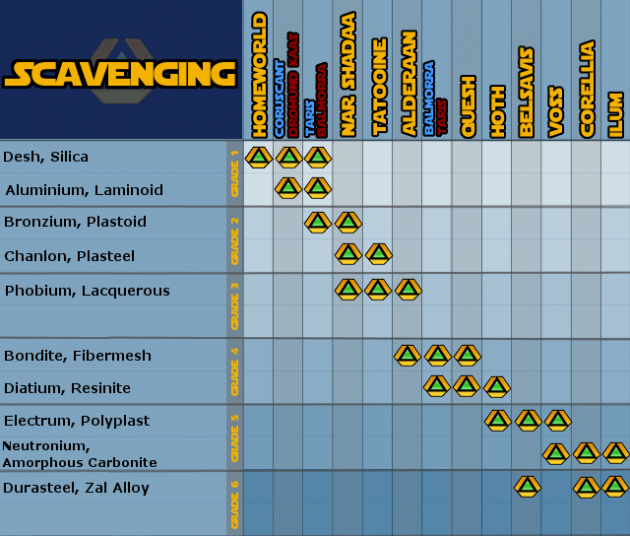 Got a favorite spot for farming a particular resource? Let us know in our comments!