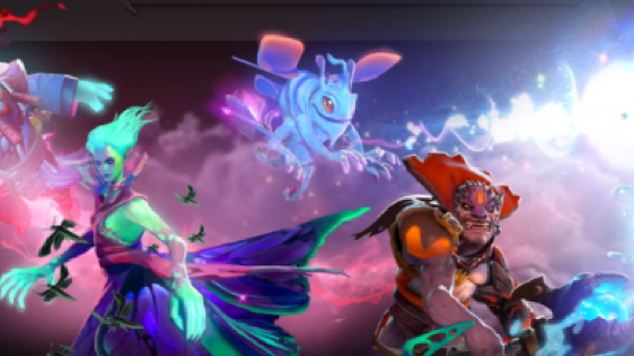 Dota 2 - 10 Tips for the Complete Beginner
10 Tips all new players can benefit from knowing.

Dota 2 is a complex game to master and can be overwhelming for those coming from a Moba free background, or even if you have experience in League of Legends. Hero's, item builds, positioning strategies and more must be part of your game plan if you are going to succeed. To get you off on the right track, here are our ten top tips that will help any new player with their first Dota 2 matches.

Dying is Very Bad - Unlike a lot of of other games, when you die in Dota 2 you don't just restart back at base with no consequences. Whenever you are killed a portion of your gold on hand get's taken by the enemy character that got the killing blow. Not only will this inflate your opponents budget, it sets you back at the same time, a bad situation to be in. For new players to the game if you find yourself not able to kill the enemy heroes, switch your tactics to limiting the amount of times you die. Your team will thank you.

Warding is Very Good - Information is power, and in Dota 2 that information comes in the form of visibility. Invest in wards to cover any blind spots or other areas you think enemies could be sneaking up on you. Seeing an enemy before they are close enough to engage will mean the difference between life and death.

Farming Creeps - Pulling off an epic gank is great and all, but the real key to victory is the ability to farm creeps effectively. Practice your last hits in a bot match before jumping into the real deal. Another good practice is to try and avoid pushing the lane too much. This will only set you up for a gank and/ or cause you to lose creeps to the turret.

Buy a TP Scroll - Having a TP scroll on hand is something a lot of new players forget to do. Picking one up has the following benefits. It allows you to quickly teleport back to base to heal up if you are getting beaten up. After teleporting back to base you can move into another lane for a potential gank faster. Finally, you can grab any items that you need immediately if the courier is out.

Avoiding Tower Damage - There's a neat trick to removing an enemies tower aggro from yourself and direct it to one of your minions that many Dota 2 players are still unaware off. If you are being attacking by a tower, right click on you of your nearby minion s to auto attack it and the tower will switch it's focus to that minion. This is a great trick to use when tower diving and it works if minions are attacking you as well.

Ask Questions - Dota 2 can be an unforgiving community to new players sometimes, but that doesn't mean you shouldn't ask for help when you need it. If you are unsure as to what lane/ role you should be playing, ask your team. They would probably prefer that to you wandering around aimlessly, or stealing your carries farm by accident.

Uphill Battle - Another member of the "things you probably didn't know about Dota 2" club, is the accuracy lost when fighting an enemy who is elevated above you. If you are attacking an enemy who is on higher elevation than yourself, you will miss 25% of your attacks. Not landing a quarter of your attacks is a massive debuff, so be sure and manoeuvre yourself so that you are at least on a level playing field with your opponent.

Flame Off - Partly why Dota 2 players can be somewhat defensive is the frequency of others who have slight "rage" issues. If you're having a bad game

keep it to yourself and try to learn from what's going wrong. Spazzing out on your team mates is only going to make them want to throw the game to get rid of you. If someone else is flaming you, you can use the mute option via the in game scoreboard to shut them up permanently.

Master the HotKeys - Nothing slows a player down like having to move their cursor and select what ability or item they want to use. That's where hotkeys come in. For almost every action in the game there is a keyboard key mapped to it. You can find the full list of actions and controls via the in game menu under "keybinds/ controls".