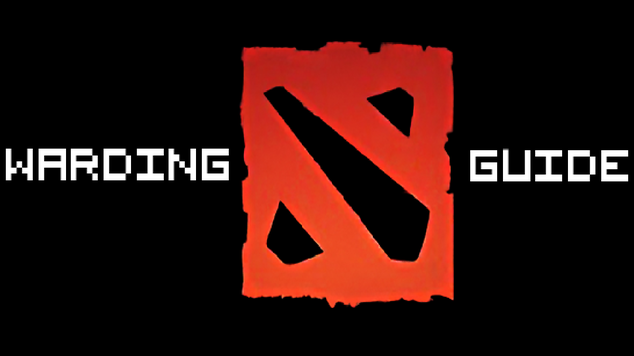 Dota 2 - Basic Warding Guide
A starter guide for those looking to learn how to ward properly.

In a game of Dota 2, Wards are an extremely important aspect. They provide valuable vision and intel to your team, allowing you and your squad to see your opponents' movement on the map wherever you have Observer Wards, and to see invisible units using Sentry Wards. Being able to see ganks coming from the other side of the map allows you to stay relatively safe during the laning phase and sometimes even well into the mid game, which is of course key to preventing your team from falling behind in a game. The information that wards give your team opportunities to act accordingly to what your opponents are doing on the map, and when capitalized on correctly, can snowball into an insurmountable advantage.

There are, of course, several more uses for wards, which will be covered in the later sections of this guide.

Wards are typically purchased by players using support heroes, as supports are normally designed to be useful despite not having as much farm as core heroes such as carries and gankers. In addition, core heroes need to allocate almost all of their gold towards their items, and thus they often cannot afford to buy wards themselves. It stands to reason that this is a guide aimed at support players, but this guide is also very useful for all players in general.

Needless to say, wards are absolutely essential to victory in any game of Dota 2.

The purpose of Observer Wards is to provide vision over a radius of 1600 units. This vision is not flying vision, however, and will be blocked by most higher obstacles such as cliffs and trees. Observer Wards last for 7 minutes when placed, and have 200 hit points. Sentry Wards have the same stats except that they do not provide any vision--instead they provide True Sight over a radius of 800 units. Their lifespans are also three minutes shorter than their cheaper counterparts.

Both types of wards are invisible, and can only be revealed by True Sight from other Sentry Wards or from a Gem of True Sight. This is commonly referred to as "counterwarding". They cannot be revealed using Dust of Appearance. Both types of wards also block neutral creeps from spawning (just like how standing near a neutral creep camp at spawn time blocks the spawn), as they are considered units.

Observer Wards start with just one stack at the beginning of the game, and replenish themselves every 6 minutes for a maximum of two stacks in stock. This discourages overly defensive play by stacking Observer Wards and placing them all over the map all at once. This does not apply to Sentry Wards, which have unlimited stock.

Perhaps the most basic method of warding is rune warding, which involves placing Observer Wards to provide vision of the spots in the river where runes spawn every two minutes. This is extremely important to mid players, who usually rely on runes to gain an advantage over their opponents in lane or to give them opportunities to gank the sidelanes or the jungle. Rune wards are commonly seen on the cliffs near the rune spawn spots, though other nearby spots can also provide vision of the runes.

This also serves to notify your team of what specific rune types your opponents are able to secure, in case rune control is not on your side (i.e. your opponents' mid hero has a blink/teleport skill to allow easy rune control). For example, if your carry is in the safe lane and the enemy mid hero manages to snag a haste rune that your rune ward detects, your carry would take this as a signal to stay near or behind the tower until the rune wears off.

Examples of the most common rune wards:

Top rune wards. These provide vision of the rune spawn and the Dire jungle entrance.

Bottom rune wards. These provide vision of the rune spawn and the Radiant jungle entrance.

During the laning phase, the difference between choosing to ward aggressively or defensively usually depends on your team composition. If your team is running a more aggressive lineup that relies on early rotations and ganks, then warding further into the enemy lanes would be useful. If your lineup is more defensive and plays more for the mid or late game, then warding closer to your own base would help you protect yourselves from gank attempts and focus on farming and getting levels.

Aggressive wards are placed in the opposing team's jungle and lanes, as well as in their neutral creep camps to help block the spawns. Blocking the safe lanes' respective pull camps is very important to keeping lane control for your team's offlane, as it completely prevents the opposing safe lane support from pulling that lane's creep wave closer to their tower and denying you experience and gold

Defensive wards are placed at the jungle entrances and inside the jungles themselves, in certain areas of the lane, and sometimes near the ancient creep spawn camps. For the safe lane, the rune wards near the jungle entrances are usually enough to see gank attempts coming from the mid lane, but for attempts by the offlane, wards in the jungle area near the tier 1 tower may be required. Defensive wards allow your team to keep up with the opponents' item and level progression by preventing them from stunting your own through ganks and pushes.

There are, of course, ward spots for the advanced player, such as wards on the edges of the sidelanes and places to hide Sentry Wards from plain sight, but they will not be covered in this basic guide. You can try experimenting with these advanced spots in a bots game or in a lobby with no one else in it. For now, this guide will provide one example:

General tips for warding and Counterwarding

When going out to place wards, always assume that the enemy team already has wards placed and are in position to contest your attempts to ward, unless you are 100% sure otherwise. It doesn't pay to force yourself to ward only to end up paying for it with your life, especially if your team is already far enough behind. If your opponents pay even the slightest bit of attention, they can get both you and the wards you placed, rendering your effort completely in vain. It is for this reason that asking one or two of your teammates to accompany you while warding is good practice, just in case you encounter enemy heroes along the way. This of course applies as well to counterwarding. In fact, counterwarding alone is even riskier due to the fact that it takes a long time to kill wards, especially if the uphill miss chance goes against you. That being said, not warding at all is far worse than simply trying to ward and counterward.

Try not to ward in the exact same spots all the time, especially for the rune wards. This increases your predictability as a support and gives your opponents a pattern to follow when they go out to kill your wards. Also, don't ward in spots where you know Sentry Wards are placed, unless you have Sentry Wards of your own.

Try your best to not let your opponents see you warding. This can be done by warding from fogged areas, and by warding areas that your opponents don't already have their own wards in. The less you reveal to your enemies, the better chances for your own wards to last the full duration without being countered.

While it is impossible to place wards directly inside the Roshan pit, warding the area around it is vital to controlling his lair. This is especially true in the mid game when most Roshan attempts happen, or when certain heroes that can solo Roshan such as Lycan and Ursa are on the other team.

Using a Gem of True Sight is an expensive and somewhat risky method of counterwarding, but it pays off quickly. Having a Gem around allows you to sweep the map of wards and completely blind your opponents. The only way your opponents can prevent this is by killing the Gem holder and capturing the dropped Gem for themselves.

It's easy to see why wards are such valuable items in Dota 2. As a support player, it is up to you to ensure that your team has as much vision as is possible and reasonable at any given situation, and to ensure that the opponents get as little of it in turn. If your supports aren't warding and you're playing a core hero, sometimes you will have to sacrifice a little bit of gold in order to secure your team some much needed intel, or suffer the dire consequences. It's a simple concept that requires good judgment to make the most out of, but even the most basic of warding can help boost your team to victory.

Special thanks to my friends Greco Flores and Denzel Diaz for assisting with the creation of this guide.