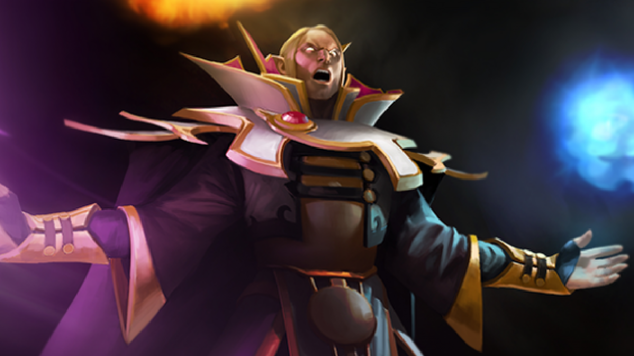 Dota 2 - Top 5 Hardest Heroes to Play
The toughest heroes to play, even for the pros.

Whether you're a new player to Dota 2 or a seasoned veteran you've probably ran across a hero or two that you found difficult or tedious to control. Sometimes this is just a case of personal preference, but others it's just because a hero is plain hard to play. Whether it be because they're attacks are all hard to land skill shots, or they require precise timing and coordination to operate these heroes all have one thing in common, they take a skilled hand to control.

Instead of having a whole whack of abilities to control like the Invoker, Visage gets to play RTS by summoning two familiars to aid him in combat. The hard part comes in when you have to micro manage the two familiars as well as Visage himself. This may not seem that difficult, especially if you've played an RTS before, but add in the frantic chaos that is most team fights and you can see where the problems may arise.

Another Hero that requires a good deal of micro. Chen specializes in taking control of minions and having them do his bidding. These minions are not limited to the simple lane minions, but instead Chen can make greater use of his power by highjacking the more powerful minions in the jungle.

Here's where another problem comes in, each of these minions really only has one job their good at so you've got to know which one's to control when. For example the wolf is great for doing damage, but if you want to farm creeps you're better off taking a bird. Figure out which creeps to control when and you've figured out Chen.

Probably one of the most well known Dota 2 heroes out there, Meepo takes the learning curve to a new level. Like most of the other entries on this list Meepo requires a lot of micro management. Every time you put a point into Meepo's ultimate ability a new clone of Meepo is made which can be controlled exactly the same as the primary Meepo and has all of his abilities, but cannot carry any items.

Sounds great right? Well there's a catch, if even one of the Meepo replicas dies so does main Meepo. If you thought keeping one Hero alive was a challenge, try 3- 5 at one time. Of course with great risk comes great reward, as a skilled Meepo player can carry a game their army of Meepo clones.

No clones or familiars this time instead the Earth Spirit's sticky point is his reliance on positioning, specifically the positioning of his "remnants". Stone Remnants can be placed by the Earth Spirit at a target location and can be used in conjunction with any of his abilities to make them much more effective. For example, his Rolling Boulder ability transforms Earth Spirit into a boulder that causes damage and stuns enemies when he collides with them. If you run over a remnant while using this ability both the speed and range of Rolling Boulder are increased along with applying a movements and attack speed debuff to any enemies that are hit.

You can see why this can be a problem for some players, especially those new to the game who don't quick have their positioning and movement skills polished.

These are our picks for the most difficult heroes to master in Dota 2. What heroes do you have trouble with? Let us know in the comments!