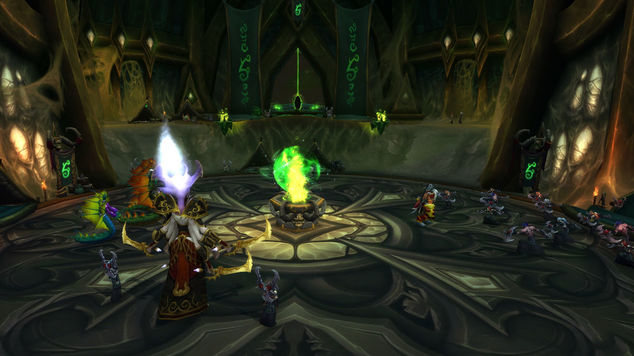 Class Order Halls are the place to be in World of Warcraft: Legion. Each hall is unique to the class it represents and is not only a place where players will spend much of their time but also a driving force in the story line in this new expansion. One of major features of Class Order Halls are the Missions found there. Much like Garrisons, players can send Followers out on various Missions to earn rewards. While still not finished here is what we have learned so far about Class Order Hall Missions:

In Legion we will still have a few individuals hell-bent on following us around. Known as Champions, these individuals have dedicated themselves to us and our cause. Typically, most classes will meet and obtain their first Champion by the time they have managed to earn their Artifact Weapon. This all takes place pretty early in the Legion experience.

However, do not think for a second that these Champions are exactly like those lackluster Follower counterparts we met in the Warlords of Draenor Garrison. Champions in Legion are important and central to the storyline. You get to know them, sometimes quite personally, and they are never just another face in the crowd. The only real similarity to Garrison Followers is that you can send them out on Missions found inside your Class Order Hall.

Upon activation the Scouting Map will reveal a map of the Broken Isles with large and small yellow question marks scattered throughout the map. Large question marks denote quests for the player, while smaller question marks are Missions that your Followers can be sent on. 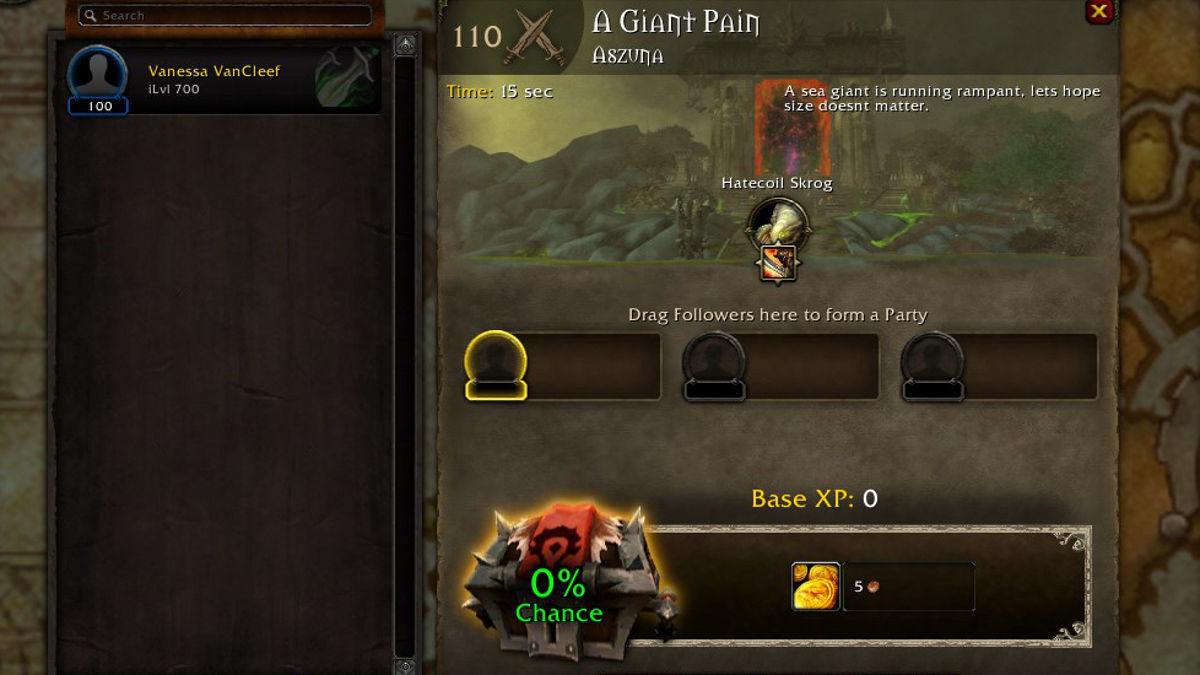 As you can see from the image above, there appears to be nothing new about the Class Order Hall Mission interface. Basically, it is the Garrison Mission pane, at least for the time being. While the interface may change slightly as development progresses it makes sense to stick with a familiar model. While there were many things wrong with the Garrison in Warlords, the overall interface was not one of them.

To start a mission, you must choose one of the quests on the map. Instead of one large mission, you are typically given smaller pieces of one mission. Completing these pieces will allow you to complete the larger mission over time.

The Class Order Hall Mission system has been compared to a combination of the Garrison Follower system and the bounty system from Diablo III. Currently, Missions are rather unavailable on the Alpha with too few Followers and most Missions currently being a high level unobtainable for the Followers we do have at the current moment. Please check back for more information as the World of Warcraft: Legion Alpha continues and more Missions become available. 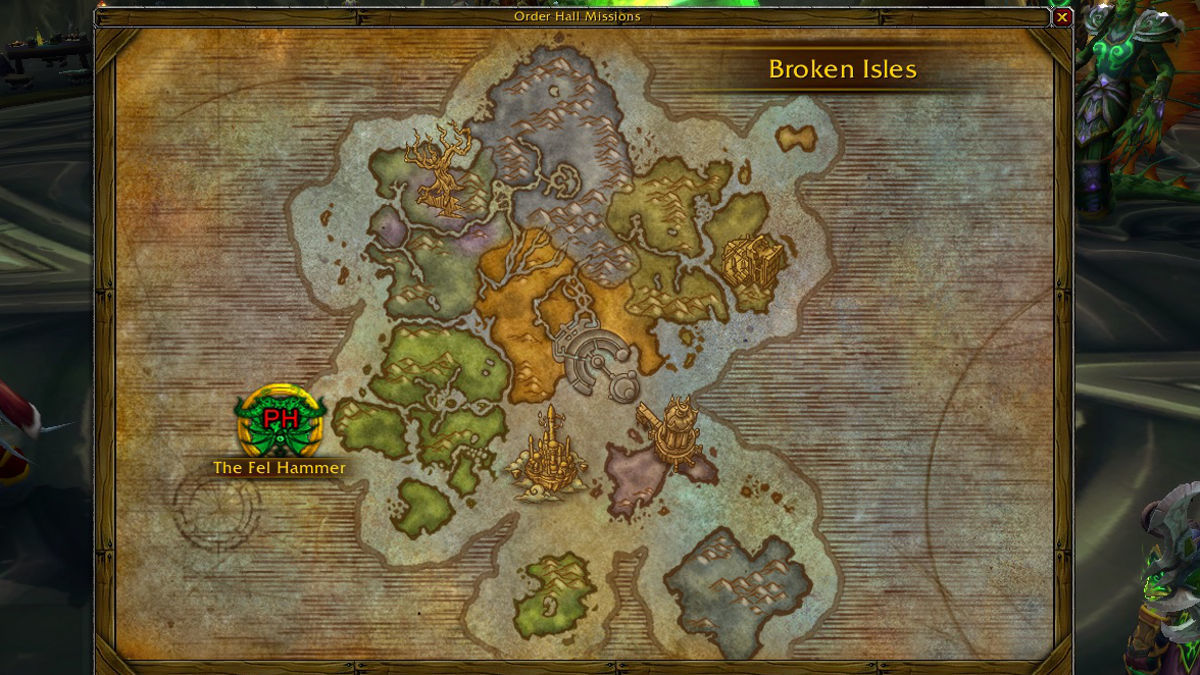 Little is currently known about what kind of rewards Class Order Hall Missions will offer up. As mentioned above, while the interface is active; the Missions are currently not able to be completed due to a number of factors. If Class Order Halls are anything close to Garrison Missions, we can expect items such as Gold, Pets, Experience, Toys, and even items.

With that being said, this is only speculation. While the interfaces are similar, Class Order Hall Missions already feel different than those found in your Garrison. What the rewards will be will only be revealed as the Alpha progresses into a more finished product.

While we can only guess at the rewards one thing that seems certain is that they won’t automatically be given to you. Once a Mission is completed, the player will need to head out into the world to collect their reward. While many players like this idea, others feel that this may block content for those who choose not to be diligent or participate in Class Order Hall Missions. For now, it is too soon to make a call either way.

Please note that all the information above is taken from the World of Warcraft: Legion Alpha test. In this phase of testing things often change. This information may very well become outdated or change totally before the finished product is released. Keep checking back as Legion evolves.