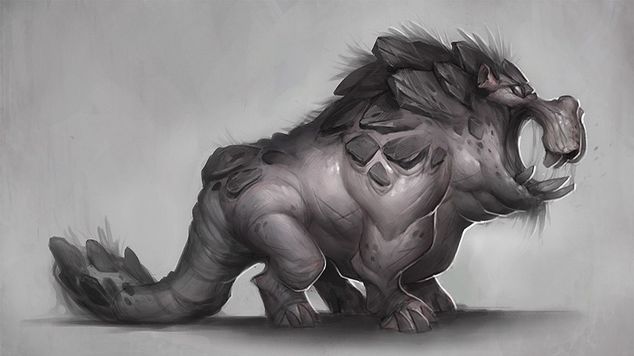 Guide to the LFR Mogu'Shan Vaults

Blizzard has provided some great new and challenging fights in the raids in Mists of Pandaria.  Many of the fights have a lot of complicated and challenging mechanics, however they are generally simplified greatly in the LFR (looking for raid) version of the fights. The first raid in MoP that players face is the Mogu'shan Vaults. In the LFR tool it is split up into two sections the Guardians of Mogu'shan and the Vault of Mysteries, however they are just the full Mogu'Shan Vaults split in half for simplicity.

This guide is for all those players out there that don’t need to know all of the exact details required to beat the fights in normal or hardcore mode.  These are the bare bones basics to survive the fights in the LFR versions.  This applies to pretty much all DPS and to some extent healers.

As an added bonus, each boss also has a really short version of the essentials that can simply be pasted into raid chat to ensure that everyone knows the 25 words or less version of the fight.

You will fight three guardians randomly out of four different ones (Cobalt, Jade, and Jasper) that make up this boss encounter.  In the regular version of this fight there is a lot of complicated boss swaps by the tanks required, luckily in the LFR version they are not required.

The Stone Guardians Macro
/raid Move away from pools and mines, and move towards the player you get chained to

This is an engaging three phase fight that can be very simple if everyone does as they are supposed to.
In each phase the tanks swap when they get hit by phase specific debuffs, which are Lightning Lash, Flaming Spear, and Arcane Shot.

In the physical realm players focus on the boss and healers keep everyone up, especially the players hit by the Vodoo Doll mechanic and therefore taking damage as the tank takes damage.

This tends to be a hard fight in LFR since it has so many components, however with a few simple instruction it can be done. This is essentially a four phase fight as you fight four different spirit kings that are fought in a random order.  Each Spirit King has several abilities that he uses and one that keeps applying to the fight even after he is defeated.
Qiang the Merciless

Zian of the Endless Shadow

The Spirit Kings Macro
/raid Qiang – stack on tanks, move behind for annihilate, avoid flankers, Subetal – move out of volley, free players from rain of arrows
/raid Meng – group and AOE for madness, Zian – move to wall with orbs and ranged kills them, stay out of void zones.

This is probably the hardest fight in the LFR version of Mugu’shan Vaults as it requires a lot of movement by a lot of players, which gives more opportunity for someone to do something wrong.  It is a three phase repeating fight.

Elegon Macro
/raid DPS priority is Celestial Protector, Sparks, Towers, then Elegon, only DPS boss is nothing else is up.
/raid Get off the Vortex when a spark gets to the edge, get back in when the towers die.

Will of the Emperor 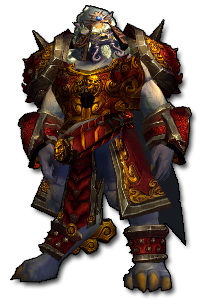 This fight should be easier for LFR groups than the previous two bosses.  It is all about DPS priority, if you can follow the priority you will defeat this encounter. The fight itself has two different bosses that share a health pool and is divided into two different phases.

Will of the Emperor Macro
/raid DPS priority is Emperor’s Courage, Emperor’s Stength, Emperor’s Rage, then Boss.  Group up for Titan Gas phase.