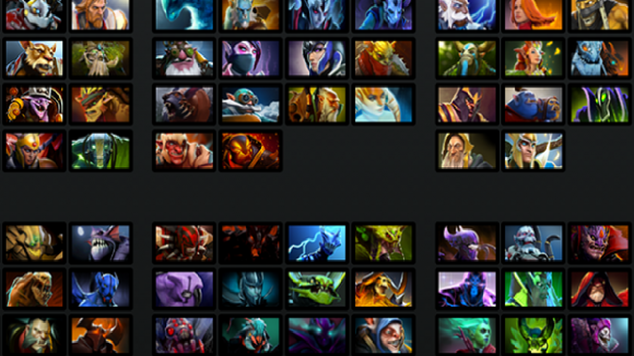 Hero Roles - Dota 2
The different roles in Dota 2 and how they mesh into a perfect team.

Roles in Dota 2 are defined by the combination of heroes stats, abilities, and the items that they purchase. Some heroes can perform multiple roles very well, but can be specialized to be extremely effective at one by choosing to boost abilities and stats in that area. Roles are important because they allow each player to focus on one aspect of the game instead of trying to do everything.

For example, your damage dealers can focus all of their gold and resources on damage enhancing items while trying to farm as much as possible, and supports can focus purely on helping protect/ buff the damage dealers and keeping vision on the map. Of course there are many more roles to fill in Dota, and with your team limited to 5 players it's hard to have every type on your team. That being said, the best teams will have a selection of heroes focusing on one specific role each. Doing so will ensure your team is ready for whatever situation they encounter.

The carries are the heavy hitters of your team. They're heroes with abilities that focus on dealing damage which can be enhanced with great dota2-carryeffect by items. This reliance on items makes them an easy target during earlier levels, which is why you'll will almost always see them paired n a lane with a  support hero. The term Carry comes from their ability to "carry" a game due to their high damage output.

Supports are the good guys of the Dota 2 universe. These Heroes specialize in protecting and buffing their teammates, be it through heals, crowd control ordota2-support2 a wide variety of other utility abilities. Of course this increase in utility comes at a cost, in most cases this being a low damage output. During a typical match supports will be paired with the Carry to protect them during their most vulnerable time early in the game.

Heroes that fall into the escape category have one or more abilities that allows them to escape situations that would mean certain death to others. Some of dota2-supportthese abilities include speed buffs, invisibility, and blinks. These heroes are well suited for solo lanes, as well as pushing lanes because they can escape easily when ganked.

You may also know them as tanks, the durable Heroes boast a lot of health, armor, and magic resistance and focus on building items that increase all of dota2-escapethese stats. The durable hero is usually the first one to enter battle and as such serves their role, soaking up enemy attacks while their teammates fall in behind them. Durables are often strength heroes due to the HP buff the strength stat gives.

Junglers are heroes that have enough power in the early game that they can kill the neutral monster encampments throughout the jungle. By using the dota2-junglerjungle camps to gain experience and gold, it allows for another lane to go solo giving them more experience and gold as well. Another bonus of having a jungler is that they can go in for ganks undetected, or support lanes when needed.

The pusher's speciality is taking out enemy buildings and towers in order to gain map control and put pressure on the enemy team. Some abilities you will dota2-pusherfind on a pusher hero are the ability to spawn minions, and the ability to do large amounts of damage to towers and buildings.

The Nuker's job is to deal a lot of damage over a short period of time. The amount of damage these spells cause usually means that the mana they use onlydota2-nuker allows for one rotation of spells and they use up the entire mana pool. Many Nukers also have AOE damage abilities which make them great in a team fight, as well as taking out creeps for pushing lanes.

Just as their name implies, the initiators are best at starting an engagement on the enemy team. What makes them more suited at this position than other dota2-initiatorheroes are their abilities that disable or stun the enemy team, usual with an area of effect. Many times initiators are also part of the durable class as well.

The disablers focus not on dishing out damage with their abilities, but instead preventing the enemy heroes from using theirs. They do this by using one ofdota2-disabler their abilities that completely disable enemy spell casting, control an enemy’s movement, or interrupt spell casting. Many disablers also make great supports.

A ganker can be thought of like an assassin. By using their high mobility, high damage output and crowd control they jump on enemies and take them outdota2-nuker before they can escape. Their prime directive is to pull of these ganks early on in the game, giving their team a gold/ lane advantage right off the bat.