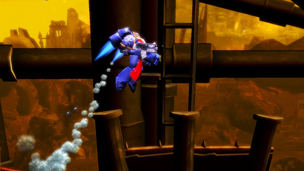 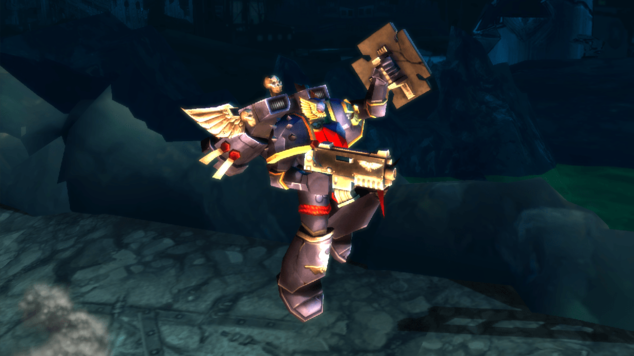 How to Best Utilize Weaponry in Warhammer 40K Carnage

A Space Marine is only as effective as his wargear and in Warhammer 40,000: Carnage there’s a lot to choose from. Each Space Marine has 6 equipment slots for active gear and 12 inventory slots for inactive gear.

After each mission you will earn a Supply Cache from which you can obtain new wargear. Supply Cache wargear is purchasable with Silver which you earn by completing levels. If you are short on silver, you can opt to spend Gold instead.

Once you buy wargear you equip it by dragging it over to your Space Marine. 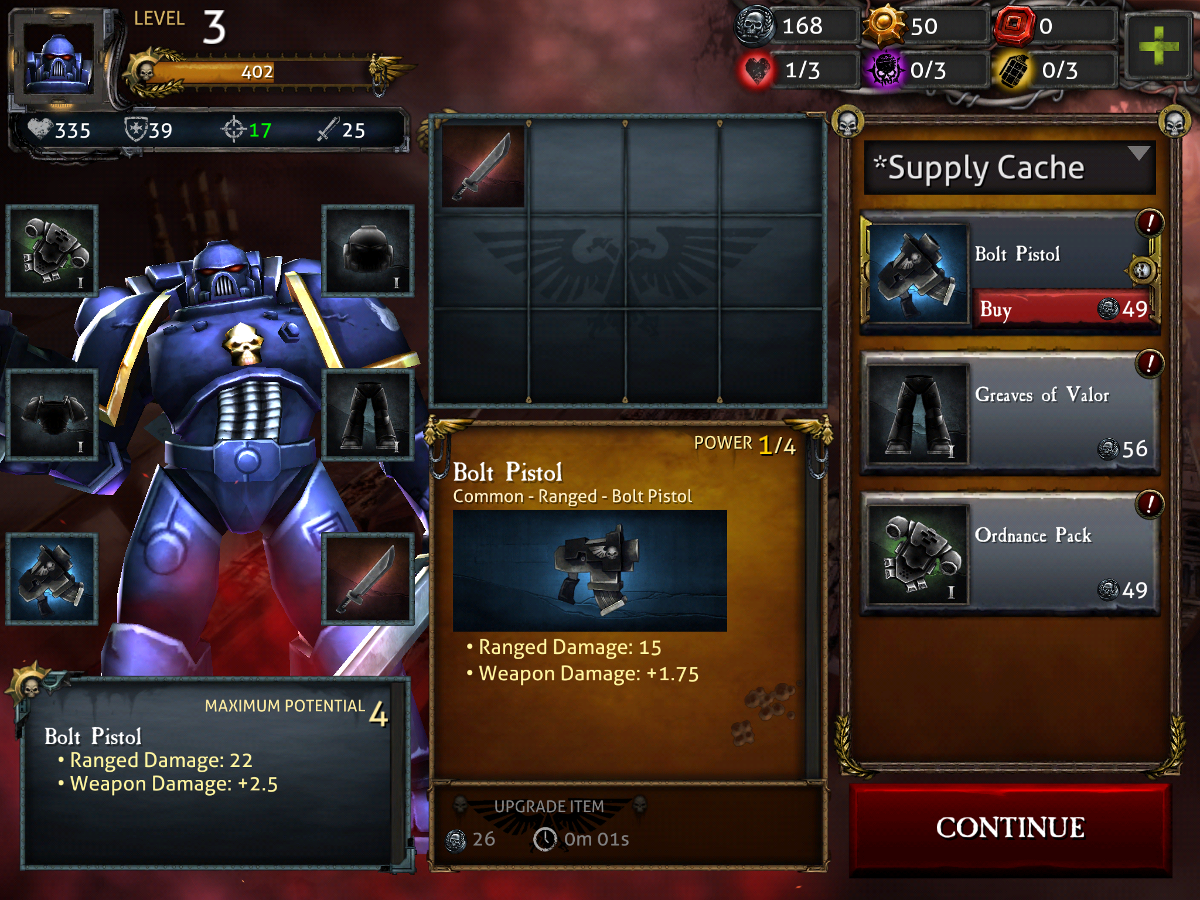 All wargear can be upgraded. Select the item and you’ll see current and potential Power ratings. Upgrading the item costs Silver and some items can be upgraded many times.

Each melee weapon archetype has it’s own charge attack. Hold the melee button in combat and release when at full charge for a devastating attack.

Each armour piece has 3 levels of visual progression. For Tier 2 visuals you’ll need Green gear. Tier 3 is on Blue and better.

All wargear has various “Affixes” to change how it behaves. These include such attributes as: Bleed, Chance to Stun, Damage Bonus, Armour Bonus, Electric Damage, and more.

Experiment with all the various permutations of wargear to find what you like best and what works best for each level.

For additional reading, be sure to check out our Warhammer 40,000: Carnage Gameplay Essentials Guide.