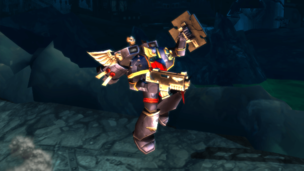 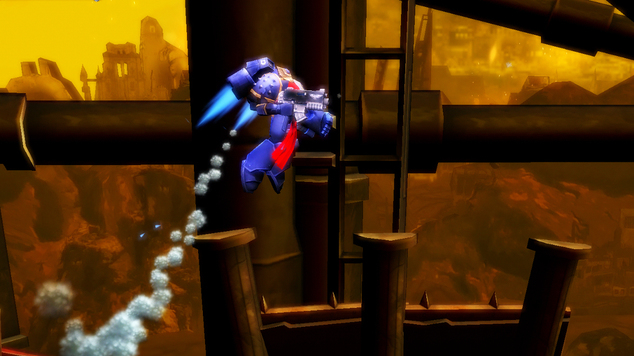 If you're looking for a kick-ass new game to while away the hours with on your iOS or Android device of choice, you can't go wrong with Warhammer 40,000: Carnage. We've teamed up with the awesome folks over at Roadhouse Interactive to bring our readers a series of guides to help get you into the action, written by the developers themselves!

We'll be running a new guide each week for the next few weeks, beginning with today's entry on gameplay essentials: getting in the game, getting ramped up quickly, objectives, and tips for not sucking right off the bat. Enjoy!

Planet Mithra has plunged into madness; its citizens compelled to wage an endless war. Space Marine strike cruisers from a number of Chapters made all possible speed to the Lyari system, but the Ultramarines’ strike cruiser, Calth’s Vengeance was the first to reach the war zone. What they found was far worse than had been expected.

Librarian Thestor counselled against a mass-assault – the madness of the Ragestorm was too powerful. Before agreement could be reached, ork ravager packs surged from the surface to attack Calth's Vengeance. Vicious dogfights erupted as the Ultramarines’ Thunderhawks engaged the enemy craft in low orbit. The ork craft were like rabid dogs, but none were a match for the lethal efficiency of the Ultramarine. One of the Ultramarines’ Thunderhawks, Eagle Claw IX, was commanded by Captain Tychaeus. Eagle Claw IX took a glancing hit to its engines and plunged through the atmosphere to the planet's surface.

In Warhammer 40,000: Carnage you first play as Captain Tychaeus, months after his crash landing on Planet Mithra. Assumed lost, and unable to make contact with Calth’s Vengeance, Captain Tychaeus is making his way deep into the frozen wastes of Ejudnir’s Reach to find the source of the Astropath’s plea.

Captain Tychaeus is your tutorial character, an extremely powerful and decked out Ultramarine. Spend the first couple of levels getting used to the basic controls: left & right movement, melee and ranged weapons, and block. 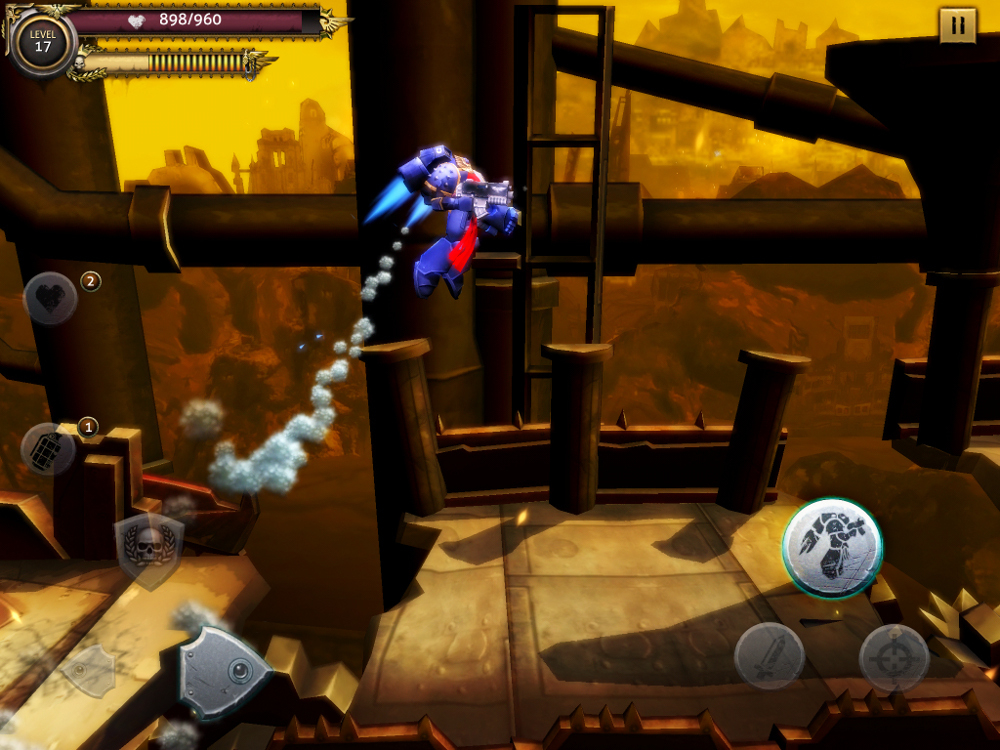 Block: By holding block you can absorb enemy damage, but keep your eye on the blue bar which shows you how much damage you can take before the block breaks. Block also only works if you are facing the oncoming damage. 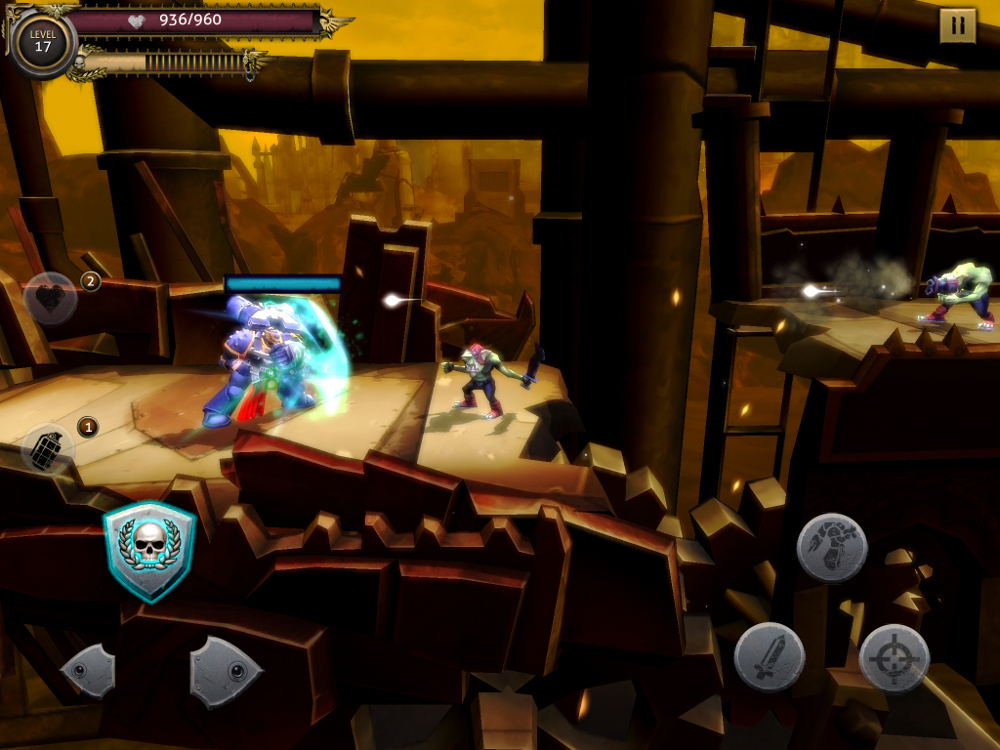 Aerial Strike: Captain Tychaeus is equipped with a Jump Pack which allows him to perform an Aerial Strike. Jump and tap Melee while in mid-air to bring the pain from above. 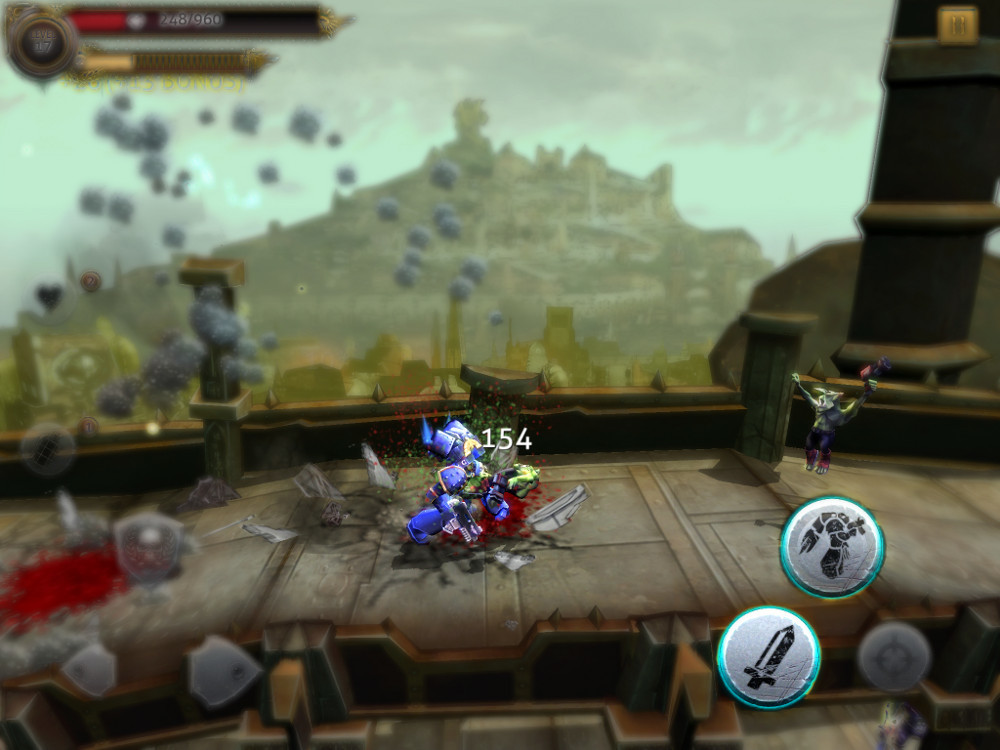 Once you have the basics down it’s time to say goodbye to Captain Tychaeus (for now?) and start with an Ultramarine of your own. Create a Profile name which will be useful in upcoming Companies and start blasting Orks in the desolate lands of the Ashveil Barrens.

Earning Stars: At the end of each level you are graded on your speed, combos, damage taken and kills. Take too long or take too much damage and you won’t earn those full 3 stars and unlock Fireteam missions. We’ll be talking about Fireteam missions more in 2 weeks time. 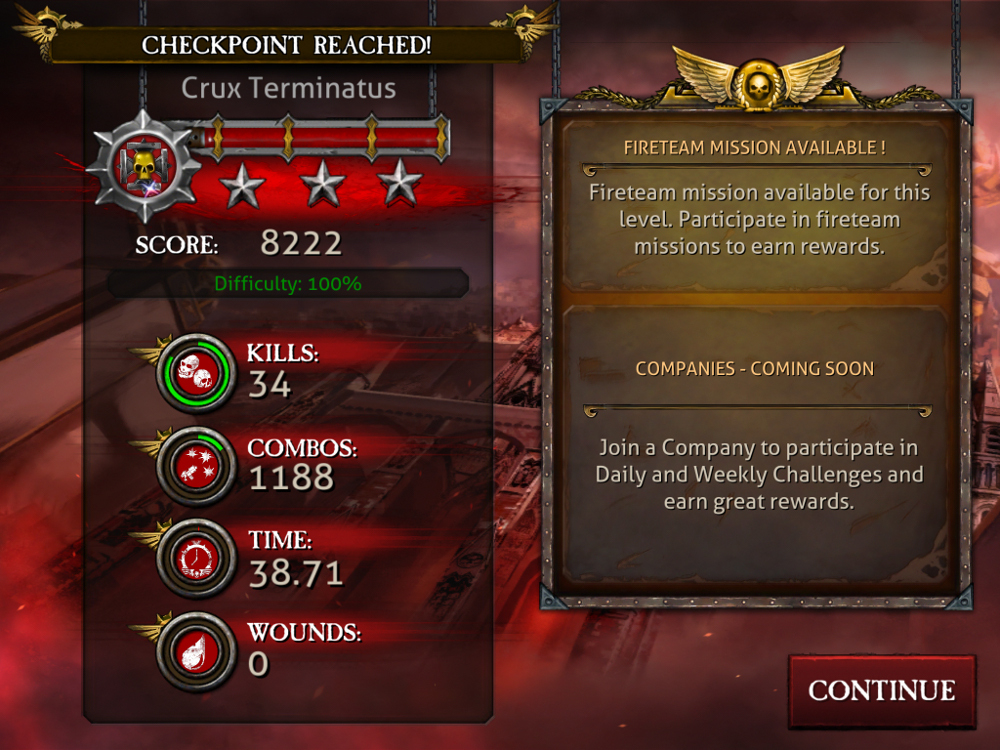 Combos: You earn combo bonuses by dealing damage without taking damage. Use block to avoid damage and keep your combo meter high. 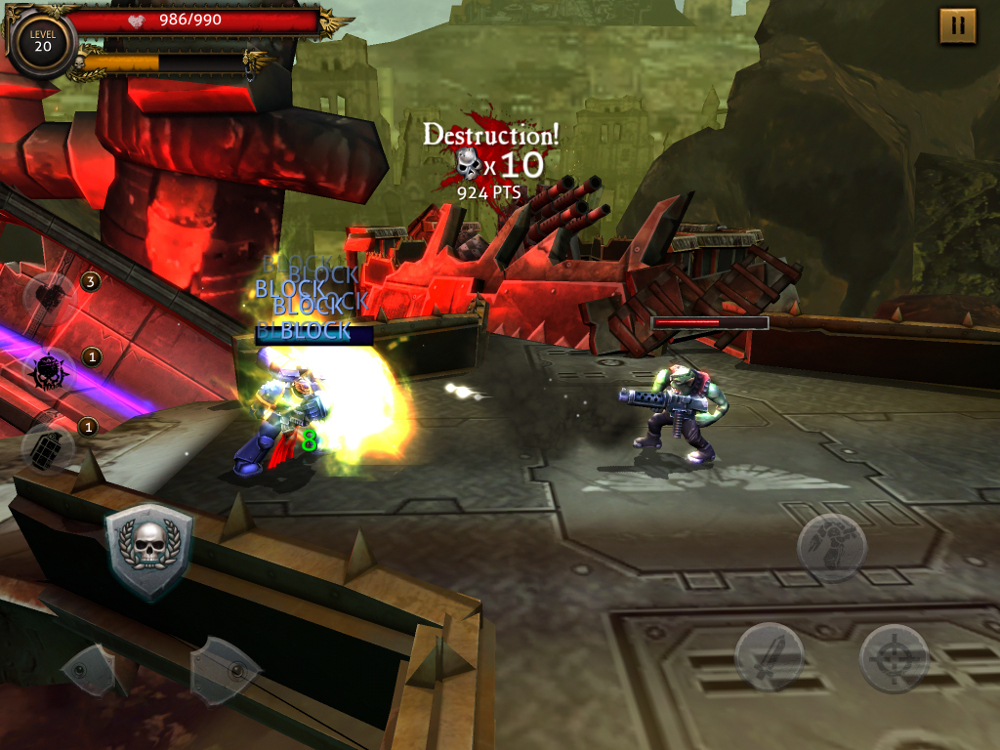 Wargear: After each level you’ll be given a Supply Cache to grab wargear from. The silver you earned will come in handy for buying new gear and upgrading the gear you have. 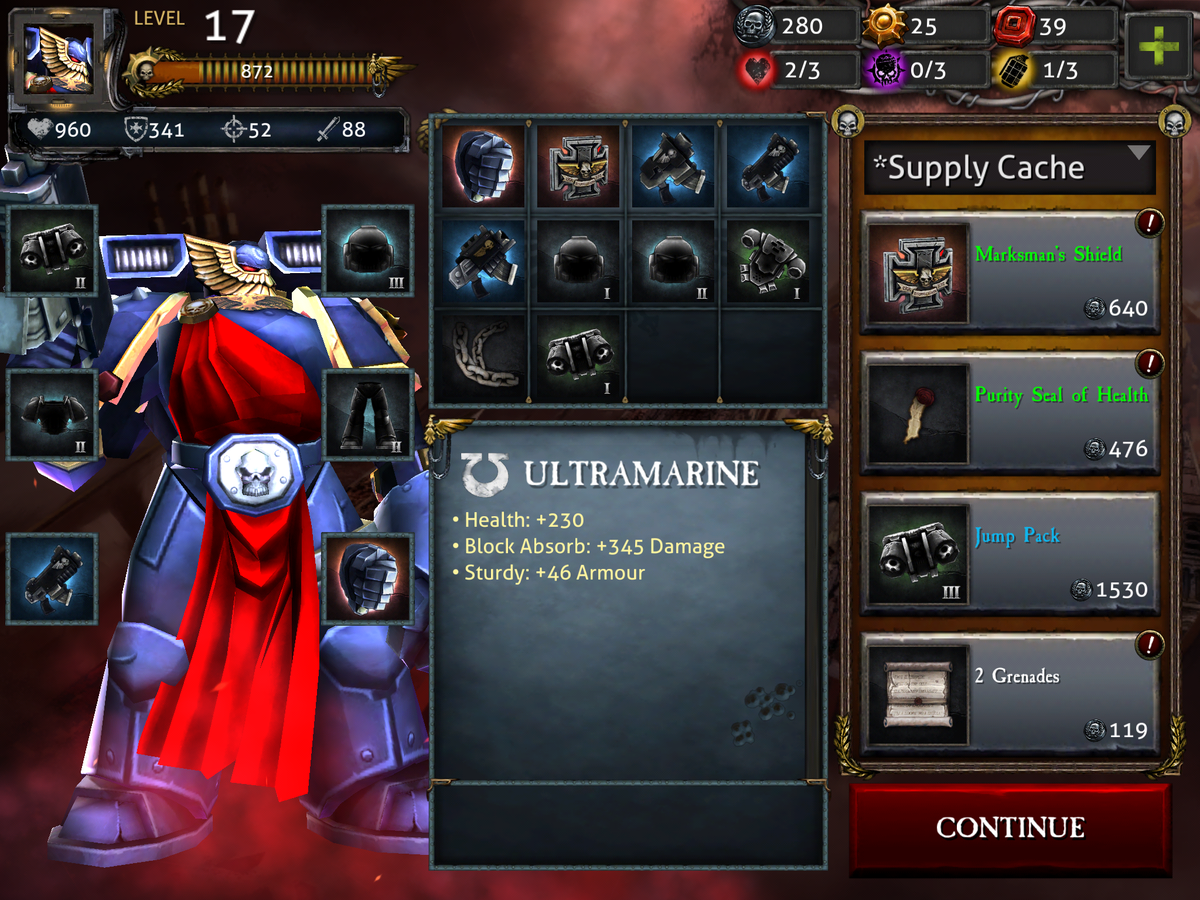 After a few levels you’ll be brought to the Campaign Screen. Here you can see levels you’ve unlocked and Objectives.

Objectives: Tap on the “?”  to see what the Mission Objective is. Complete the Objective to earn the Reward.

Star Rewards: Earn more stars in each level to unlock Star Rewards. You can see how you are progressing on the bottom right of the Campaign map.

Practice the controls and earn those stars. Next week we cover everything you want to know about wargear.

How to Best Utilize Weaponry in Warhammer 40K Carnage