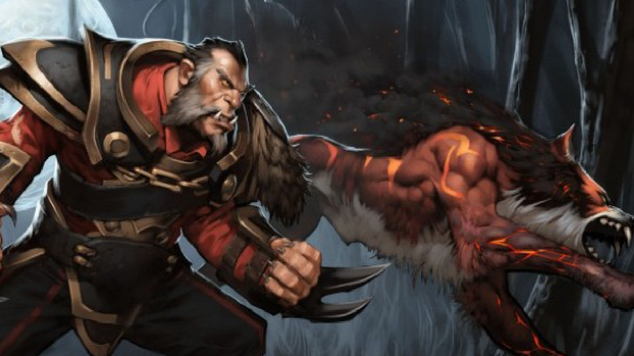 Jungling Tips and Tricks - Dota 2
If you're new to jungling, or looking to brush up on your skills you've come to the right place.

When it comes to roles in Dota 2, jungling is definitely the most unique. Instead of sticking to a lane and farming creeps for XP/ gold, you roam the jungle hunting down neutral creep camps while hopping into lane occasionally to help defend or gank an enemy player. It's a lot to manage when compared with the more straight forward laning roles, but if you manage to master the position you can have a massive impact on every game you play. Here are some tips to help get you started in your jungling career.

If you want to be a good jungler you have to get your timing down. Neutral camps will respawn their creeps at the start of every new minute so long as the creep camp is empty. This is where Creep stacking comes in to play. Notice how the creep camp only has to be empty at the top of the minute for a new batch to be spawned, they don't have to be dead. That means you can go and pull a group from a camp out of their camp area just before a new minute arrives and another batch will be spawned. This is called creep "stacking" and essentially doubles the amount of creeps you kill in the same amount of time by allowing you to kill two groups at once.

As the jungler you have a lot of territory to defend and to attack. To keep an eye on all this area make good use of wards. Some particularly helpful places to have them are at the entrances to your jungle to notify you of any enemy invasions taking place, and near the enemies neutral camps if you plan on going on the offensive.

Well technically most heroes could jungle, there are some that are much more specialized in the role and make the job a lot easier. The official Dota 2 website makes it extremely easy by providing a look at all the heroes with a filter for the roles. Head over to http://www.dota2.com/heroes/ and filter for jungler to get an idea of who you will be playing.

Knowing when to start going for the larger camps is very important for keeping the maximum amount of XP and gold flowing to your hero. From lvl 1-3 you will be restricted to the small camps. Once you hit lvl 3 however (depending on the hero), you can start taking out medium camps for the increased xp and gold. After you've reached lvl 5, again depending on the hero it may be another lvl or 2, you can go for the big camps that offer much more XP/gold than the small and medium ones.

Ancient camps are the ones that really depend on the hero you are using most of all as they are immune to magic damage. Most can start farming them after lvl 8 or 9.