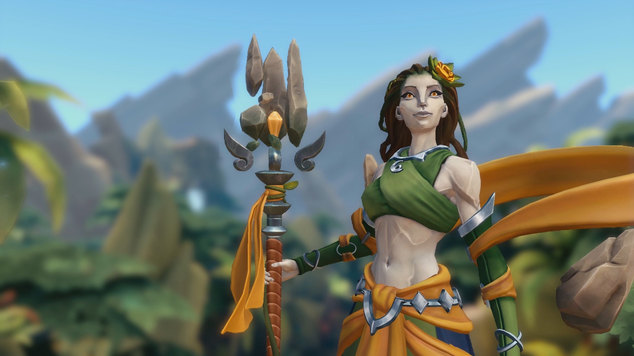 Inara is a ranged front-line Champion that brings utility and survivability. She relies on her Impasse to block players or damage against her, while she has a variety of ways to mitigate incoming damage.

She's fairly immobile and instead excels at hunkering down and protecting a specific location. Whether it's using her Warder's Field to deny an area, or Earthern Guard to simply sit on a point and soak incoming damage.

What makes Inara particularly effective is the fact she can not only withstands lots of punishment without the need for shielding (such as Torvald) but also because her cards allow her to stack her resistances to ridiculous levels. She can withstand stupid amounts of punishment with the right setup and as long as you're being healed by someone like Ying or Mal'damba, you're incredibly hard to uproot.

Stone Spear (LMB) - Stone Spear is a ranged projectile that deals very high damage when next to an opponent. However, it has fairly heavy fall-off damage so is incredibly weak when used from afar. Although you should still poke players when arriving into combat or a control point, don't expect your damage to be high. Inara is strongest when up close and personal and if she lands all 3 projectiles, can kill many Champions quickly. Don't be afraid to repeatedly use Stone Spear.

Earthern Guard (RMB) - Acting as a barrier, Inara gains increased damage reduction for her and her deployables during its cast time. Considering it has a fairly lengthy cooldown (12 seconds) but a short duration (5 seconds) it's imperative you only use this ability when you anticipate you will suffer damage. With cards you can significantly reduce its cooldown, allowing you to withstand much more punishment.

Impasse (Q) - Providing Inara with an instant means of blocking enemy players, the wall lasts for 5 seconds. With 650 health it can be destroyed and it can also be cancelled early by pressing Q again. What's particularly interesting about this ability is the fact the wall adapts its size to fit the space you're trying to cast it to, while allied and enemy players can also use it as a platform. If you can, try to block players from retreating by separating out one Champion, or buy your team time on a capture point by zoning with it. Also be aware that Impasse won't go on cooldown until it's cancelled or destroyed.

Siemis Crush (E) - After a short delay (about 1 second) Inara will throw her spear and stun enemies. The impact is brief, but it does hard counter Champions such as Makoa or Barik and allows your team to then swoop in and deal damage. What I will add is that it's often best used from a height for better aiming of the projectile, but it also lacks an AOE telegraph so it's best placed in the middle of a group for maximum impact.

A no-brainer. allows Inara to withstand much more damage and its mitigation increase stacks with Haven. With the Loadout below, it ensures you can survive huge amounts of punishment. 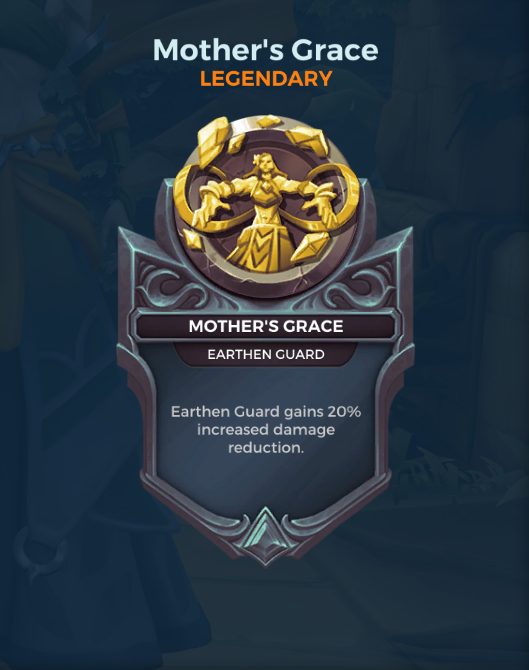 I've tested a variety of loadouts with Inara and find focusing on pure survivability is often best. I've already had good amounts of success with it, as the mitigation is ridiculous. 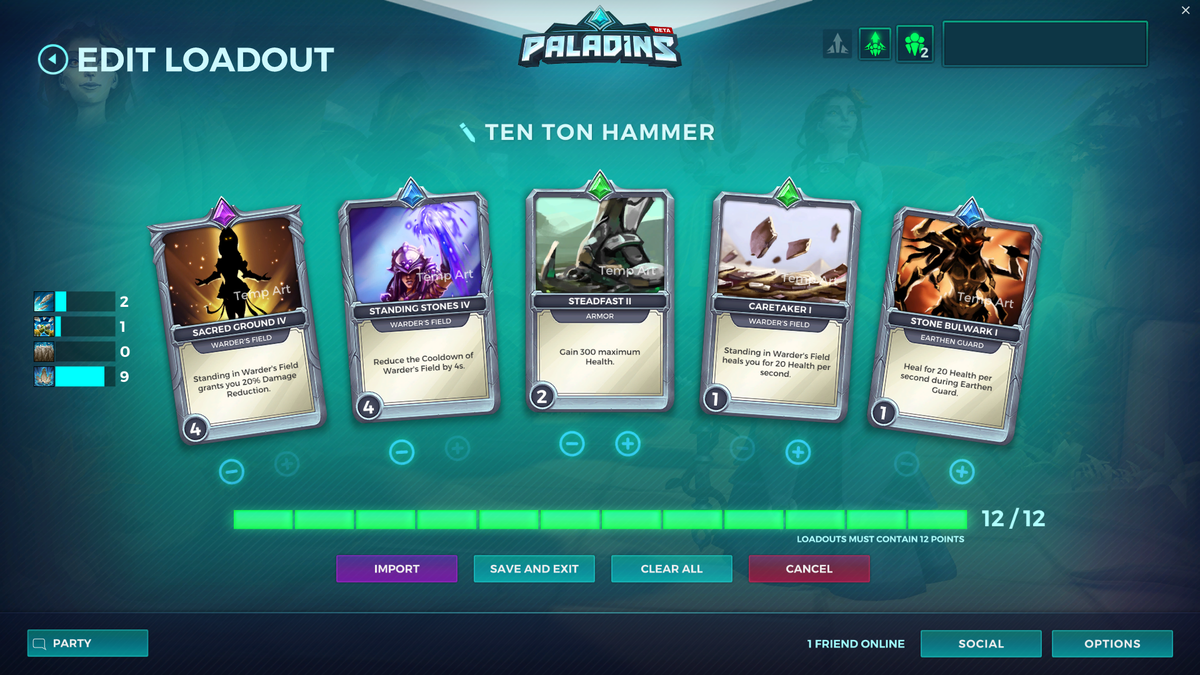 I would strongly recommend you purchase items from Offense and Utility with no real requirement as Inara to invest in many other areas. There is some flexibility to pickup items in Attack, but this only tends to occur on long equal matches.

Haven: Inara relies on withstanding as much punishment as possible and the mitigation Haven offers (7, 14, 21%) is significant as it stacks with your cards and your Earthern Guard. I recommend purchasing Haven to a second tier upgrade before moving onto your second item.

Rejuventate: Staying alive as a walking stone pillar needs a great deal of healing and when your Earthern Guard or Warder's Field are on cooldown, you'll need to be kept alive by your support. Rejuvenate to at least the second tier ensures this.

Cauterize: You should regularly be attempting to harrass the enemy teams' front line so taking Cauterize - ensuring your attacks reduce healing - gives you a significant advantage when fighting on a control point and allows your team to follow in.

These Champion threat Levels (1 being lowest threat and 10 being highest threat) are to help you determine which enemy Champions can cause you difficulty. For Champions listed here, take extra care as they're particularly dangerous for Inara.

This list of tips and tricks are just a handful of things we think will help your Inara play. We'll continue to add to the list as required and if you have any tips you'd like to share, let us know in the comments below and we'll place them here.

1. Stone Spear is strongest when used at close range. It allows you to easily hit all projectiles for maximum damage. Its fall-off damage is pretty harsh.

2. Stone Spear has a relatively long reload time so try not to waste your shots randomly poking enemy players unless it can secure a kill.

3. Only ever use Earthern Guard when you anticipate large amounts of damage. 1 on 1 you can still use it if it ensures your survival, but it will leave you vulnerable if you then need to push the payload or stand on a control point.

4. Earthern Guard reduces incoming damage by 30% for 5 seconds but with her legendary card, this is boosted to 50%. With Haven, it can be as high as 71% and with Warder's Field active (Sacred Ground IV) as high as 91%.

5. Warder's Field with the above loadout reduces incoming damage by 20% while your Obelisk is active. With haven, to tier 2, by as much as 31%. Rotate your skills between Earthern Guard and Warder's Field for maximum mitigation.

6. If you anticipate a huge spike of damage, use both Earthern Guard and Warder's Field at the same time as their damage reduction stacks.

7. Impasse is as valuable for buying you time on your cooldowns as it is for preventing enemies from escaping and/or arriving to you. If you're on the Control Point, don't be afraid to drop it in front of you to buy yourself some breathing room.

8. It's a good idea to always use Impasse to single out an enemy player. They'll have to back away and walk around it which is often enough time to kill squishy Champions.

9. Impasse moulds itself to an area in order to fit. Try to place it in doorways or corridors to prevent access.

10. With Impasse having 650 health it's a good idea to place it directly in front of you when you need to escape or to allow your support Champion to get your health topped up. You can then bring the wall down and fight again.

11. Try to only use your Ultimate ability when your team can follow up. Inara deals damage too slowly to make use of the 2 second stun alone.