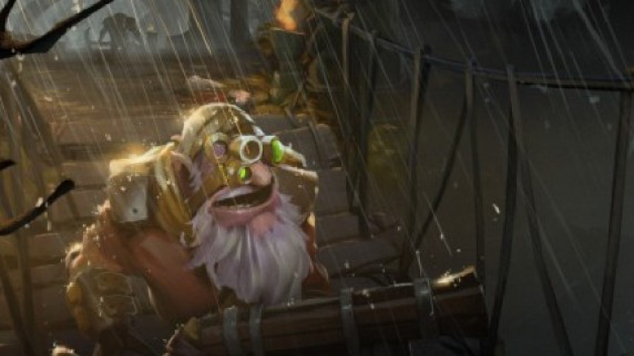 Sniper Tips and Tricks - Dota 2
Tip as and tricks for mastering the sniper and using his long range and firepower to your advantage.

Dota 2's Sniper is a popular pick (especially for new players) because of his long range, simple active abilities, and easy to use kill stealing ultimate. While it's true that he is an effective hero in the right hands, he lacks a lot of utility that you will find on other heroes which makes him vulnerable if the enemy gets up close and personal, or he is caught out alone. It's for this reason that the Sniper takes a little more skill than the simple "point and shoot" hero he looks like. To prepare you for your days as a sniper, here are some things to keep in mind when you take him to the field.

Bring a Good Team - The sniper is one of the most team dependent heroes in the game. If he doesn't have a solid team backing him up and protecting him during teamfights, he doesn't really stand a chance. Make sure you have a couple heroes on your team that complement the Sniper's lack of utility with an excess of their own. Crowd control abilities are especially helpful when paired with the sniper as they allow him to safely keep poking away at enemies while maintaining a good distance.

Positioning - Where you are standing during a team fight (or even the laning phase) can make a huge difference on whether you live or die. Get caught in the middle of a fight? You're likely as good as dead with no escapes and little defence. Stick to the outside of fights and try to keep your tankier teammates in between you and the enemy team.

Another thing to watch out for is elevation. The Sniper already has a huge range but positioning him on a higher elevation than the target makes this advantage monumental. Keep an eye out for high ground, and take it whenever possible.

Mastering the Last Hit - Because of his low base damage, the Sniper can be a difficult hero to last hit with. Until you get some items you'll have to wait until the very last second to fire that killing blow. Try taking him to the practice area and just focus on getting the last hits down before playing the real deal.

Another way to increase your gold earned from farming is to use your ability "Shrapnel" to farm groups of creeps at the same time. Consider putting a couple points into the ability early on in the game if you are having trouble keeping up with CS (no more than 2 or 3).

Harass in Lane - Due to the Sniper's extreme range harassing the enemy you are laning against is extremely easy and effective, especially when you have a few points into headshot which will interrupt the enemy while they try to last hit. While the ability to easily harass from a distance is a major leg up in lane, only start tying to do so once you have mastered last hitting. The gold to you is more valuable than trying to prevent the enemy from getting any